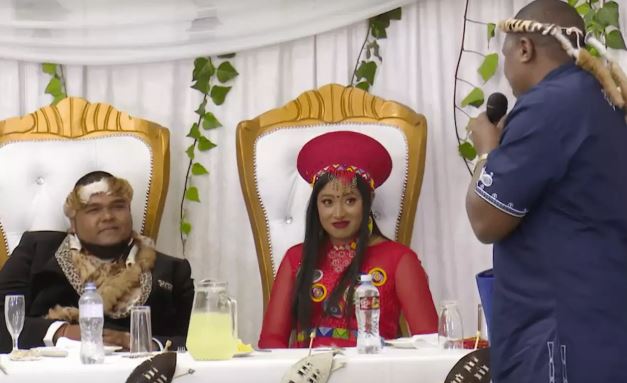 Ryan and Mellisha had a traditional Zulu ceremony as part of their wedding.
Image: Via Mzansi Magic

An Indian couple became the talk of the town on popular reality show Our Perfect Wedding this week when they threw a traditional Zulu wedding as part of their marriage festivities.

The Durban couple have apparently always been pretty in touch with the Zulu culture and after being surrounded by Zulu influence all their lives decided to include some elements in their big day.

The result was what the internet dubbed Zu-ndia.

Hommie Ryan apparently even speaks fluent Zulu. So why not, right?

They were applauded by some on Twitter for their decision.

While others questioned their motives.

Even though Twitter users were at war over the decision, they were at least united in their love for Ryan’s cute gestures for his missus.

Like that time he sent a driver to deliver chocolates for her.