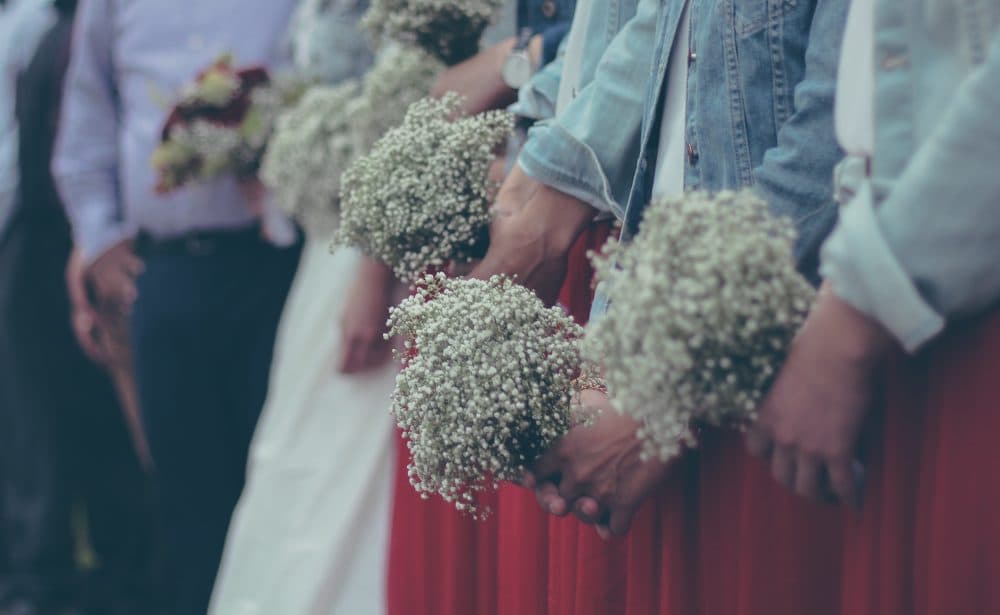 Dear Meddleheads — We’re on the lookout for more letters for Heavy Meddle.If you’ve ever considered seeking advice, now is the time. So click here to send your letter, or write an email.

My brother’s wedding is coming up in a matter of months. We love his fiancée and she’s been around our family for years now. We’re all really excited about the wedding and their marriage.

The only problem is, I’m not a bridesmaid. No one is. And no one is a groomsman either. My brother and his fiancée don’t want a bridal party. They say the reason is that my brother, a social guy, has lots of friends, but his fiancée is more of an introvert, without many close girlfriends. I get that, but she has future sisters-in-law at least. I promise this isn’t a bridesmaid-zilla story. I’m okay with not being a bridesmaid. I don’t need to stand next to the bride in an uncomfortable dress, holding her flowers. But since I wasn’t given a role in this wedding, I’m kind of lost.

Do I throw a bachelorette party anyway? She might have fun at something like that, but who would I invite if there are no bridesmaids? What about a bridal shower? Whose job is that? And should I write a toast to the newlyweds and hide it in my purse during the reception — just in case I’m called upon to give it?

Sincerely,
Not a Bridesmaid

I totally applaud your enthusiasm. I get it. There are certain traditions that help organize the wedding experience. They allow people to partake in a ritual that’s intended not just to join two people in holy matrimony, but to bring together the larger community of friends and relatives who will support their union. In your case, I see you as eager to find a way to connect with your new sister-in-law, and to do something for her. I also understand that you’d like a specific role to play.

But you need to let your brother and his fiancée call the shots here. I can’t see the harm in offering to throw a shower or bachelorette party. But an even better idea would be simply to tell your brother’s fiancée that you’d like to do something for her, if she’s interested. You say she’s been around the family for years, so this isn’t a stranger we’re talking about. But she is an introvert, and someone who may not want all the pressure and enforced merriment of a big event.

…you need to let your brother and his fiancée call the shots here.

On the other hand, she might be into something more low-key. A brunch with her future sister-in-laws. Or some kind of bonding experience of her own choosing.

Likewise, if you have some words that you want to say at the reception, I think it’s fine to acknowledge that, and to ask if there will be a time to give speeches. But that’s about as far as I would go, because a wedding means the most, by far, to the bride and groom. That doesn’t mean that the desires of their respective friends and family don’t matter. They do. But only to the extent that the bride and groom determine. If that strikes you as unfair, you’ve never been a bride.

You may have to accept that your given role in this wedding is going to be as a supportive sister/sister-in-law, without any set titles or duties. That’s plenty.

I hope it’s a great day!