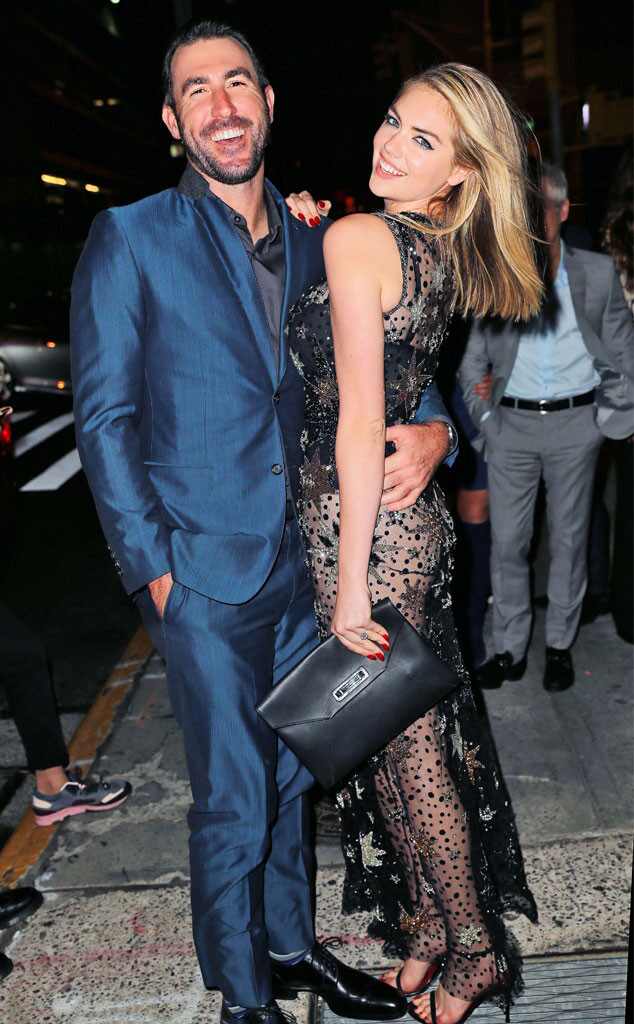 Time to shine the wedding bells because Kate Upton and Justin Verlander are getting ready to tie the knot.

More than a year since the Sports Illustrated Swimsuit cover girl debuted her engagement sparkler on the 2016 Met Gala red carpet, the time for her and her baseball beau to say “I do” is finally approaching.

While the 34-year-old pitcher just rang in his team’s first ever World Series win, he has even more reason to celebrate this week as, according to Internet buzz, he and his stunning bride are rumored to exchange vows over the weekend in Italy.

While we’ll have to wait and see if those rumors pan out, sources tell E! News the model will don two Valentino dresses for her big day. According to an insider, “She wants to feel like a princess and the wedding will be very glamorous.”

Though she told E! News last May that her and her future husband were just enjoying the engagement period, she has since worked closely on every detail of the wedding with a team.

“Justin just wants her to be happy and have everything she desires for this special day,” the source explained. Along with her hands-on approach, Upton has been keeping her cool. “Kate is really excited and has not acted at all like a bridezilla,” a source told E! News. “She is pretty calm.”

According to signs from her social media, Upton recently kicked her bridal prep into high gear. Late last month, the blond beauty gathered her best gal pals for a bachelorette party at the Plaza Hotel in New York City.

“No better place to relax, rejuvenate and celebrate,” she wrote of the signature Big Apple spot.

After all, it’s only a matter of time before she gets to marry her right-hand man. Like she told E! News in March 2016, “We’re very open with one another and we’re each others best friends.”