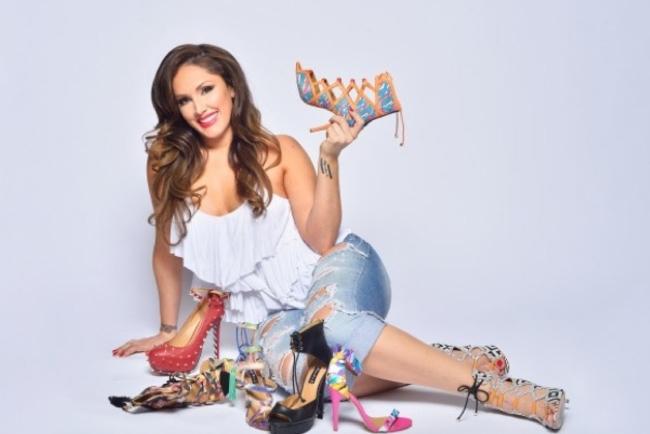 What woman doesn’t love a great pair of shoes?  When you can’t find what you are looking for it would be great if you could just make your own.  Shoe designer and entrepreneur Alejandra G.  had been creating a mark for herself with her out of the box style.  Since her first collection launched in 2012, the company hasn’t stopped growing.   Her shoes have been worn by Kylie Jenner, Tyra Banks, Giuliana Rancic, Adrienne Bailon, Christina Milian and many more. With comfort and style being of equal importance in her designs, women love them.

Joresa Blount: When did you first get inspired to create a shoe line?

Alejandra:  I’ve always been in love with fashion. I have a picture of me when I was about three years old, holding a special designer fashion kit.  My mom said I always loved drawing, and coloring in coloring books. It would always be really creative with the colors.

I didn’t always know that it would be shoes.  I’ve told this story before, and it’s the absolute truth. I was working for a television production company at the time.  I was making really good money, and I was saving up. I knew I wanted to start something. One of my friends had started a clothing line. She would take me downtown to all the manufacturers, but I noticed that there were no shoe manufacturers.  So, I was playing with the idea of first starting a clothing line.

One night I was having a dream. It was a very vivid, vivid, vivid dream of shoes. They were all candied shoes. One looked like Skittles. They were candy inspired shoes. The next day I went to sketch out what was in my dream. It was so powerful. The dream would not leave me.  I felt like it was my calling. I went and told my friend and family. They were like, what are you talking about? I didn’t know a single person in the fashion business.

Joresa: How can someone who doesn’t have a traditional background in fashion launch a business?

Alejandra:  I always recommend going to some type of school to understand what you are getting into.  With fashion specifically, it’s only 20% designing and the rest is knowing how to run a company. When I met my mentor who referred me to go to school in Milan, I just jumped in when I came back [to Los Angeles].  Before you decide to jump into running any company, especially fashion, make sure you get some form of education. Do as much research on how much it is going to cost to start a company, how much it will to take to run. The more you educate yourself in business 101, the less money you will lose and mistakes you will make. 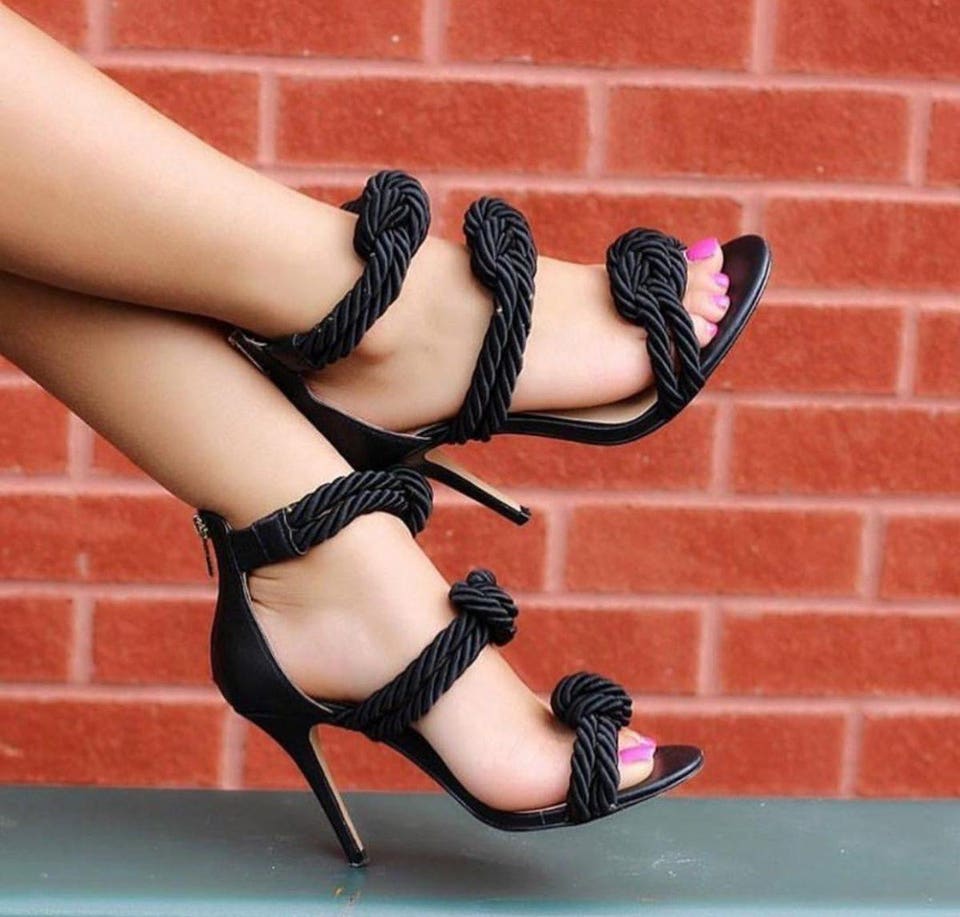 Joresa: Did you have a good support system when you decided to quit your job and go after your dream?

Alejandra:  Most people said, “what are you doing?”  I didn’t know anyone. It was like, okay, you have a great job.  How are you going to support yourself? How are you going to do this or that?  Why go backwards if you are already moving forward in the television production career?  They supported me, but they were surprised. No one said don’t do it. It was more shock. Then I literally packed up to go to Italy.

Joresa:  Did you have moments of doubt?

Alejandra: Before I was leaving [for Italy], I had a couple of those moments of doubt.  I had a boyfriend at the time. I had best friends I would see on the regular, and I was just putting my whole life on hold to go chase a dream.  I was excited, but I was scared. I felt like it was a complete new chapter in my life. When I got there, it was a whole lot more difficult than I thought.  Not just the school, but it was difficult being away.

Joresa:  You started school in your late 20s.  What would you say to someone who is changing careers later in life?

Alejandra:  People say, oh my God. I should have it figured out. I’m twenty-five [years old].  You have to play in so many different careers. I was a teacher’s assistant, then I got my real estate license, then I got signed to J Records when I was in a rap group, then I was a television producer.  I dabbled in a lot of different things. This is the longest I’ve done something, and I don’t see myself doing anything else. I always tell people it’s never too late to start any of their dreams. You can start in your 40s if you want to. People become successful at all different ages. 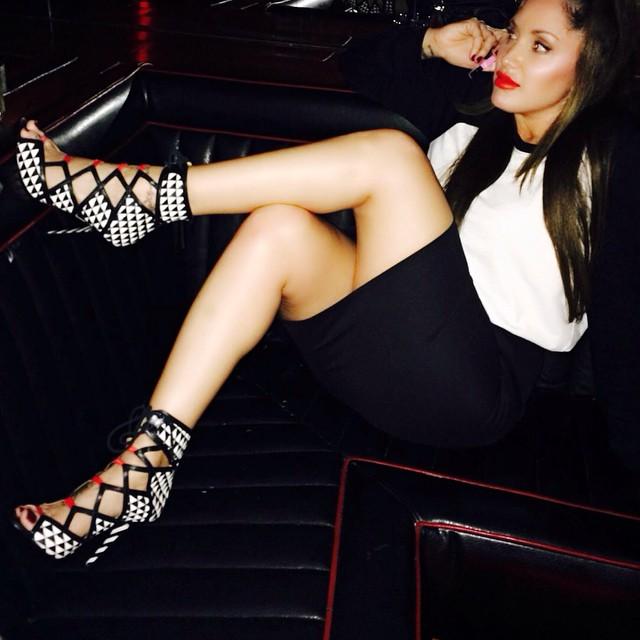 Joresa:  How did you gain visibility with your brand?

Alejandra:  My mentor referred me to a shoe rep. I didn’t even know I needed a shoe rep. My mentor asked me how I was going to get into stores. I didn’t know.  I got these key accounts very quickly like Shopbop. My designs took off. I found out later I need public relations, but I didn’t have the money at the time. Everyone I brought on board were independent contractors.  I brought on a PR person, who had been in the business awhile. She fell in love with my brand. She took me to do desk sides with editors, because she’s from New York. So, I met up with all these editors at big magazines, and they fell in love with my brand. We started to get a lot of press in magazines.  Then we started to push that I was latina, and Latina Magazine and Cosmo For Latinas gave me press. They were very supportive.

Because I have lived in L.A. all my life, I have a lot of celebrity friends. I was constantly contacting people to get my shoes on people.  A lot of celebrities who tag me are my personal contacts. It’s all about who you know too.

Joresa:  What defining setback have you experienced on your entrepreneurial journey?

Alejandra:  Spending too much money in the wrong places.  I would think do I have to stop for a minute, and get an investor. It’s always been the money. It takes money to make money.  If I had an investor right now, I would be further ahead.

Joresa:  What advice would you give to someone who feels stuck or not progressing in their business?

Alejandra: They say most startup companies fail within two to three years. If you can get pass those two to three years, then you are in good shape.  It’s the same thing that my dad always tells me. If you have a car and it keeps breaking down, you have to get a new car. You got to figure out how to do something different.  It doesn’t mean to stop doing your dream, but it means revamp. I’ve had revamping moments. If I don’t see a lot of sales coming in then I need to revamp the collection I just did.  I need to come with a new idea. When you don’t see something moving, you can’t keep doing the same thing. It doesn’t mean to switch into another career. It means you have to take another route on how to get it done.  A lot of people want to keep pushing forward on product or even music. If it’s not working you have to figure out a different way to do it. There’s a reason why things are not working.