Prime Minister Scott Morrison has poked fun at himself while denying any knowledge of a dodgy Photoshop job which saw his weathered tennis shoes replaced with clean, white ones in an official photo.

The banner for the Prime Minister’s official websitefeatures a photo of Mr Morrison and his family, but Twitter user Luke Martin noticed on Tuesday that the PM’s white shoes were clearly a pasted-in addition.

Further investigating by the Twitterverse revealed an original version of the picture, showing Mr Morrison wearing a pair of well-loved K-Swiss sneakers instead of the Photoshopped crispy white Common Projects in the doctored version.

It was also pointed out by another user, Andre Serna, that the shoe on Mr Morrison’s right foot was actually a left shoe.

It’s the wrong shoe! It’s the left shoe on his right foot. #shoegate

#auspol story of 2019: our latest PM (ScoMo) had nice white shoes photoshopped onto his feet for his official http://pm.gov.au  site?! Yup. Regular bloke. Our tax dollars hard at work. #shoegate 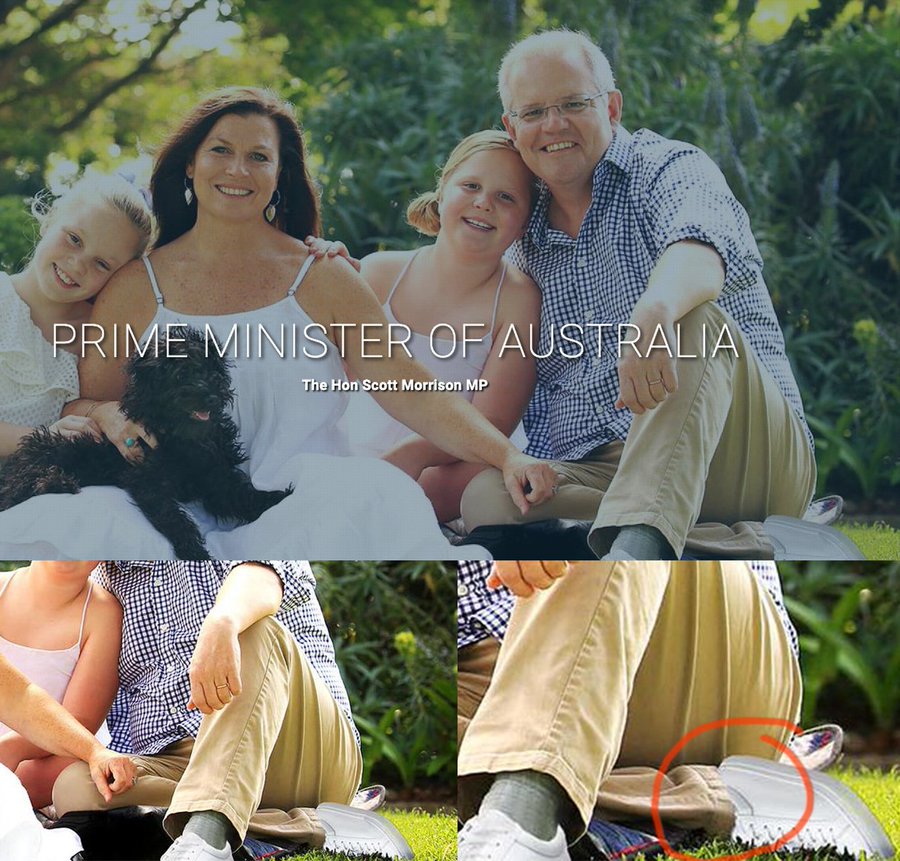 After the revelatory tweets went viral, the Prime Minister sent out a tweet of his own saying he did not request the photo doctoring, and expressing pride in his off-duty sneakers. 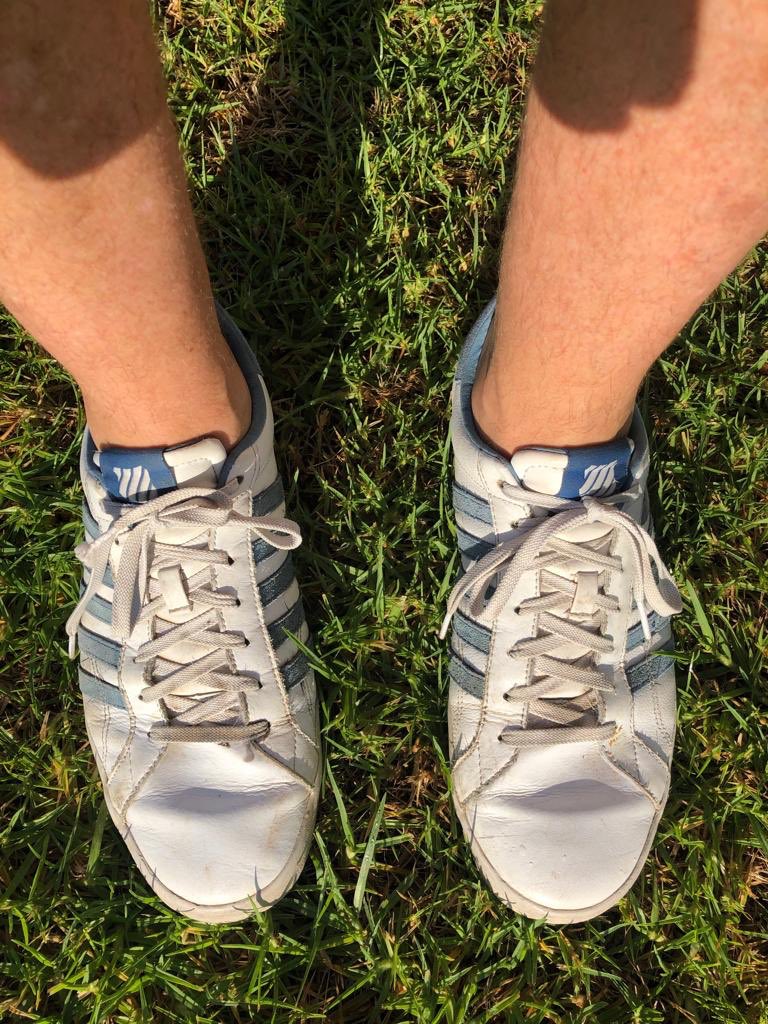 Message to my Department (PM&C): I didn’t ask for the shoeshine, but if you must Photoshop, please focus on the hair (lack thereof), not the feet!

Here they are in all their glory – my footwear of choice whenever I can get out of a suit.

A spokesperson for the PM said the Photoshopped image had been replaced by the original version on the website.

“The photo was doctored by the department of Prime Minister and Cabinet without the knowledge of, or authorisation by, the PM or the PM’s office,” the spokesperson said.

“The PM much prefers his own shoes.”

K-Swiss is a Californian tennis shoe brand which says its products, “took inspiration from leather ski boots to create a court shoe that supported the aggressive side-to-side movement of tennis”.

Its website says it aims to “outfit and inspire the next generation of entrepreneurs”.

“These young leaders are at the forefront of today’s culture, influencing and inspiring young people around the world.”

Mr Morrison has found himself in the spotlight before over his online activity while in the top job.