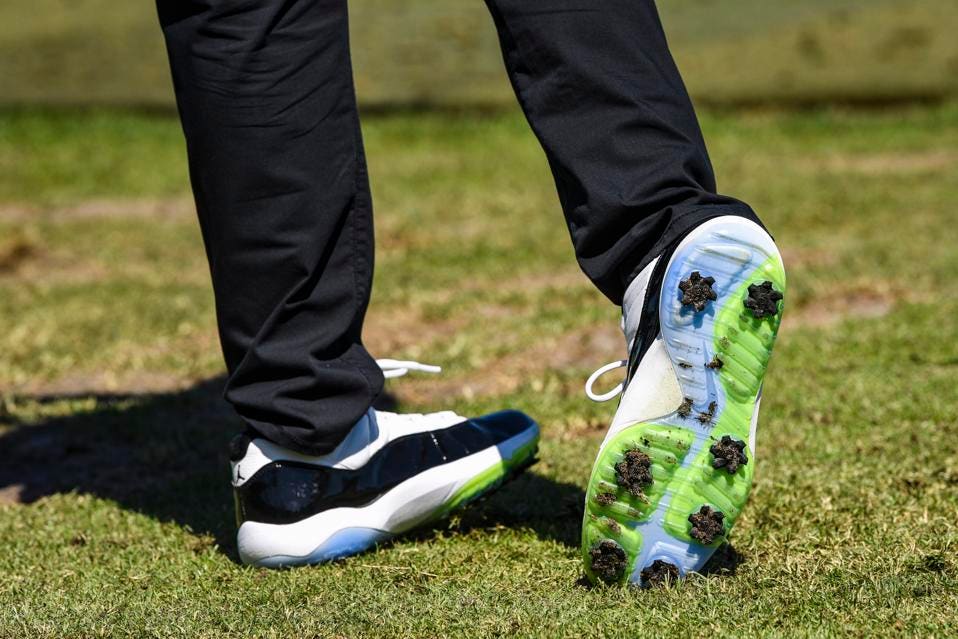 While “investment grade” golf shoes have yet to have their Yeezys moment, sales of fashion forward fairway strolling kicks have been percolating on secondary marketplaces like GOAT and StockX.com.

“We’ve seen unprecedented success for golf colorways and golf silhouettes in the past year or two,” relates Jesse Einhorn, the Data Content Director at StockX.  The Jordan 11 Retro Low Golf Concord was a top five sneaker on the exchange’s sales charts when it was first released in February.  “It was definitely the biggest hit on the secondary market of any golf shoe. The top five is usually reserved for hyped sneakers like Yeezys.” 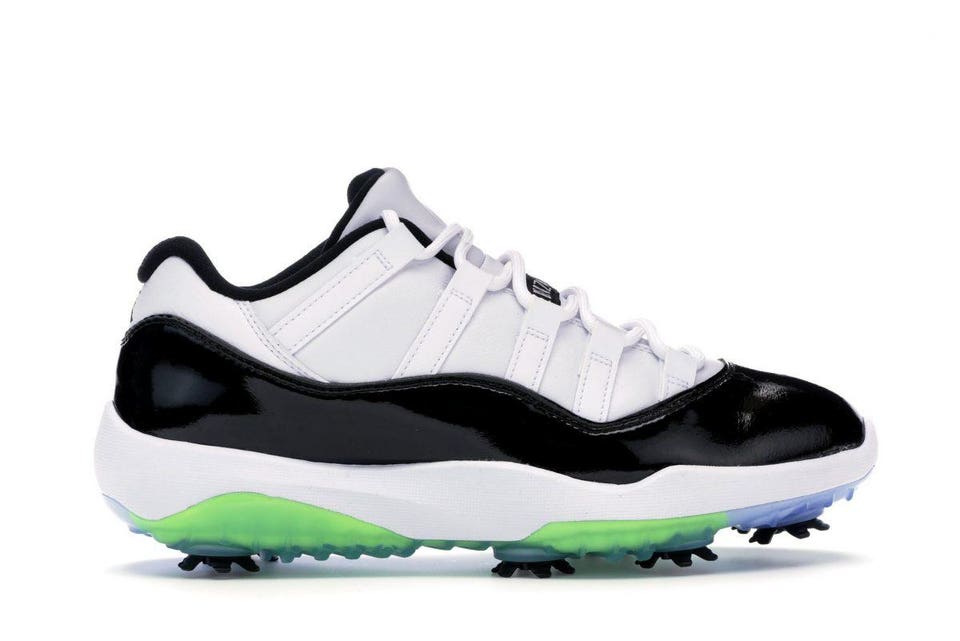 The number one selling golf shoe of all time on secondary market StockX.com

The Concord Golf Jordan’s originally retailed for $220 upon release in February but in the past three months new in-box pairs have been changing hands at an average of $319, a 45% price premium.  Meanwhile the Jordan 11 Retro Low Golf Safari Bred which debuted at the PGA Championship earlier this month is catching even loftier bids from sneaker heads.

“I think that’s set to do huge numbers and it’s selling for $150 over retail. It retailed for $200 and is reselling for $485… so that’s a really big markup,” says Einhorn.  With slam dunk after slam dunk it’s no surprise the Jordan brand plans to keep cooking up new golf designs.  A denim iteration of the 11’s is set to step up to a tee box near you later this summer.  Jeans may not be a faux pas when it comes to on-course apparel but rest assured pairs of these two toned, dark indigo and stonewashed shade denim shoes with translucent ice blue outsoles will fit in just fine at the toniest of golf clubs.

The Safari Bred Jordans are a hot commodity.

The Annals of Golf Kicks Mania

The seeds of golf footwear mania may date back to the late 1930s when the PGA Tour’s resident fashion plate Jimmy Demaret first started strolling down fairways in vibrant pastels and garish scarlet, gold, lavender, and emerald get-ups. When it came to custom designed limited-edition shoes “The Wardrobe” was ahead of his time. He’d give shoe factories swatches from his slacks so that the band on his saddle oxfords perfectly matched his pants.  Though he wasn’t above clashing either—Demaret had no problem pairing pink shoes with purple pants.

After cobbling together 31 PGA TOUR victories, including a trio of green jacket wins at the Masters, Demaret’s penchant for polka dot, plaid and checked sports coats persisted into his career in golf broadcasting, thus establishing the style template for the Geriatric Quarterly cover model vibe Rodney Dangerfield would rock in Caddyshack. ‘

While Demaret certainly planted the daring to be different seed, Freddie Couples helped usher in the modern golf sneaker age in 2010. When Boom Boom, Golf Digest’s coolest golfer of all-time sported Ecco Streets, a cool and casual sneaker with a trainer vibe at the Shell Houston Open (a week ahead the Masters) it was a game changer. Hybrids that can be worn on and off the course, the Streets which have traction nubbins in leu of cleats spawned a whole new category of golf footwear.  Nike’s first spikeless Jordan , the ADG, was released earlier this month.

This golf season limited edition shoe releases that sell out faster than it takes Bryson DeChambeau to crunch a half dozen green reading metrics and settle into a putt are becoming increasingly common and it wouldn’t be surprising at all to see a golf shoe reach the rarefied air of the $1000+ level on the resale market. 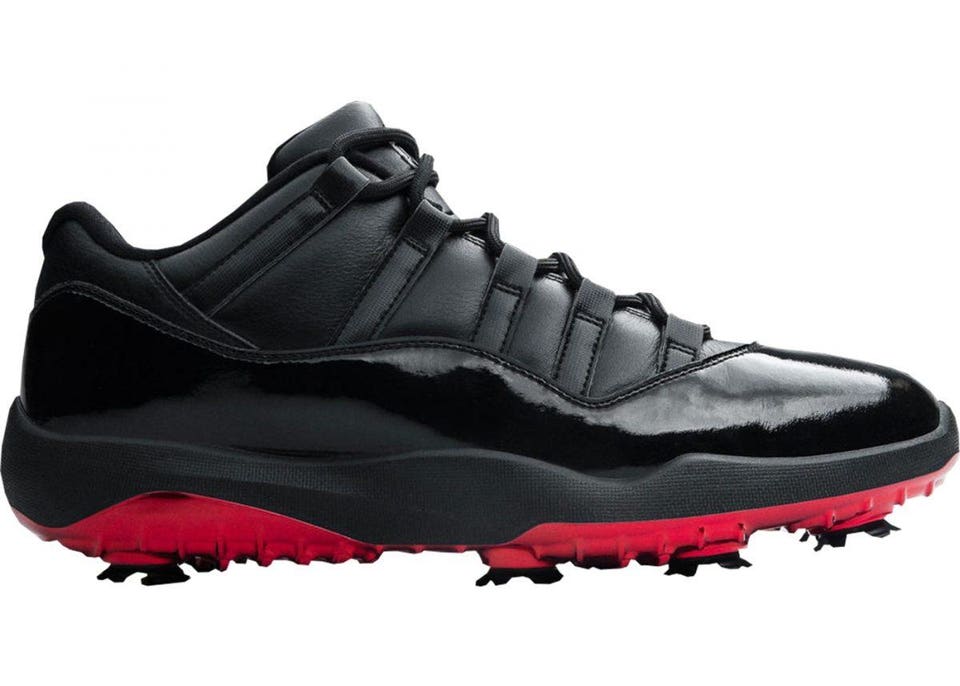 The number ten selling golf shoe of all-time on StockX

“I’m not in the prediction business but if you look at what has happened with the Jordan 11 Safari Bred which has only been on the market for two weeks and is already selling for $500 and in some cases more in certain sizes, that’s an indication you could see a golf shoe going for, if not a $1000, then close to it,” admits Einhorn.

Sneakerhead crossover appeal will only heighten as needle-moving athletes and artists like Steph Curry and ScHoolboy Q continue to rep golf kicks and the sport on their social media feeds, fueling increased demand on the secondary market.