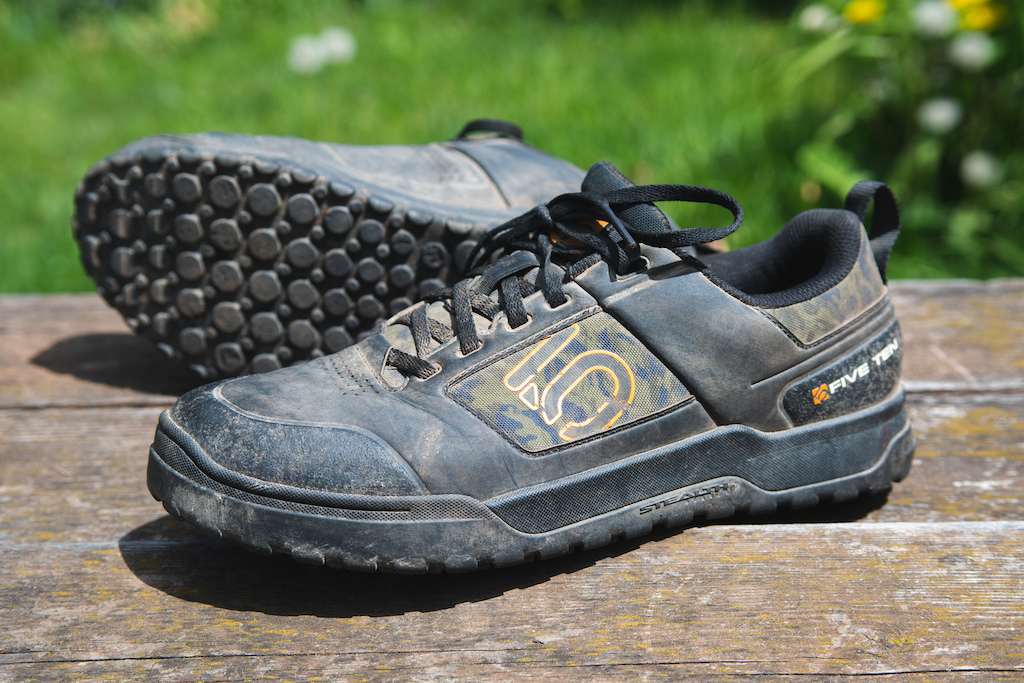 The Impact has long been a mainstay in Five Ten’s mountain bike shoe lineup, but it recently underwent a significant revision. The goal of the revamp was to create a durable, grippy, but not quite as bulky flat pedal shoe that would meet the needs of downhillers and aggressive trail riders.

On a side note, although there have been rumors circulating about the future of Five Ten ever since Adidas purchased the brand back in 2011, at the moment it doesn’t seem like there’s any need to start stockpiling shoes. Five Ten is working more closely with Adidas in order to take advantage of their development and manufacturing capabilities, but the brand itself isn’t going anywhere. 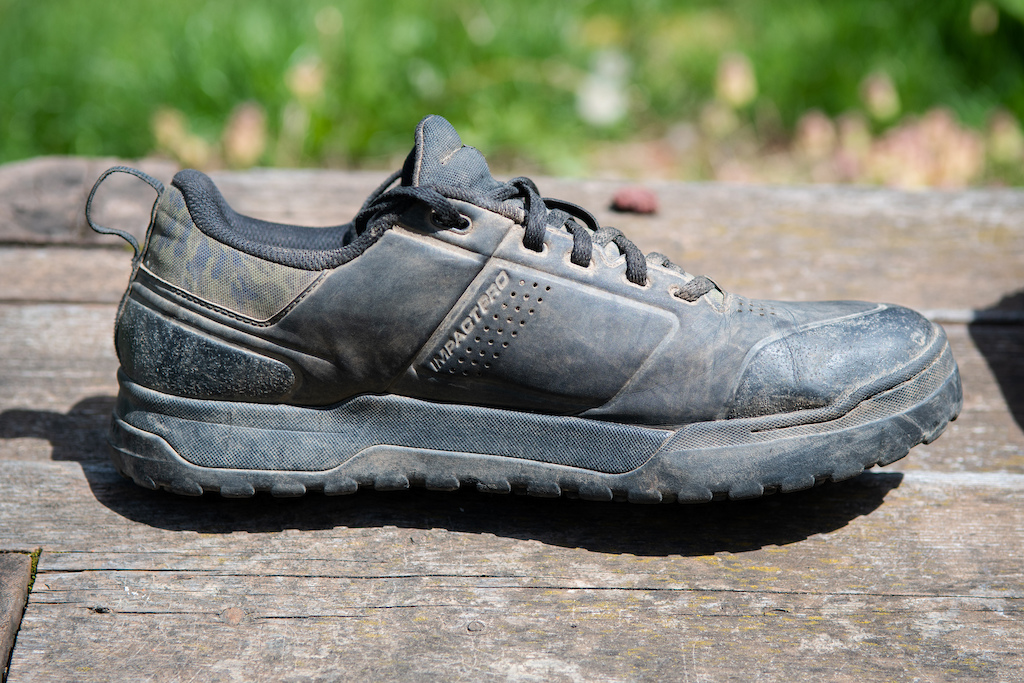 A synthetic upper helps keep the shoes from getting fully saturated on wet rides. 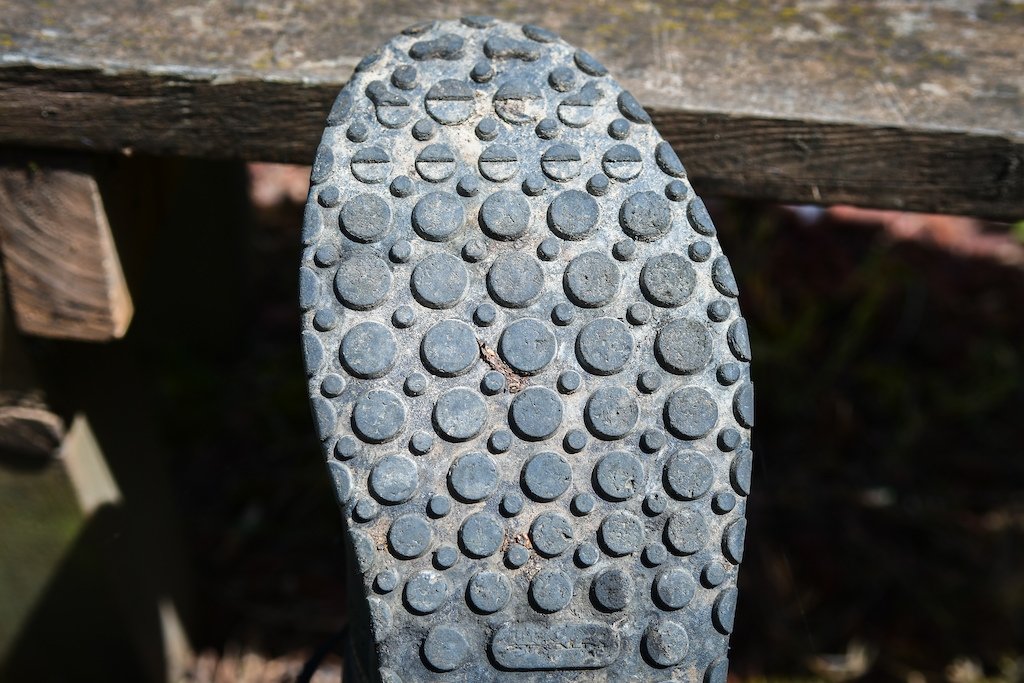 Five Ten brought back several of the design features found in the original Impact for the Pro model, but focused on keeping the weight and overall dimensions a little more reasonable. The polyurethane midsole was chosen because of its resistance to packing out over time compared to a foam midsole – in other words, it should be better able to shrug off a season’s worth of hard landings.

Shoe rubber is similar to tire rubber, where a lower durometer provides more grip, but at the expense of durability. That was one of the issues riders had with the Impact VXi – there was plenty of grip, but the rubber wore quickly, especially for riders who were hiking around in rocky terrain. The time-tested S1 Stealth Rubber is used on the Impact Pro, with a modified tread pattern that now has alternating large and small circles around the middle of the foot, and raised half circles towards the front of the foot for off-the-bike traction.

The Impact Pro uses a synthetic upper that’s supposed to be quick drying and less likely to absorb water. There’s also a reinforced toe box, and the sole is sewn around the toe area to help prevent delamination. Other features include an elasticized lace holder to prevent the old ‘laces in the chain’ trick, and a sewn loop at the back of the shoe to make pulling them on and getting out for a ride as easy as possible. 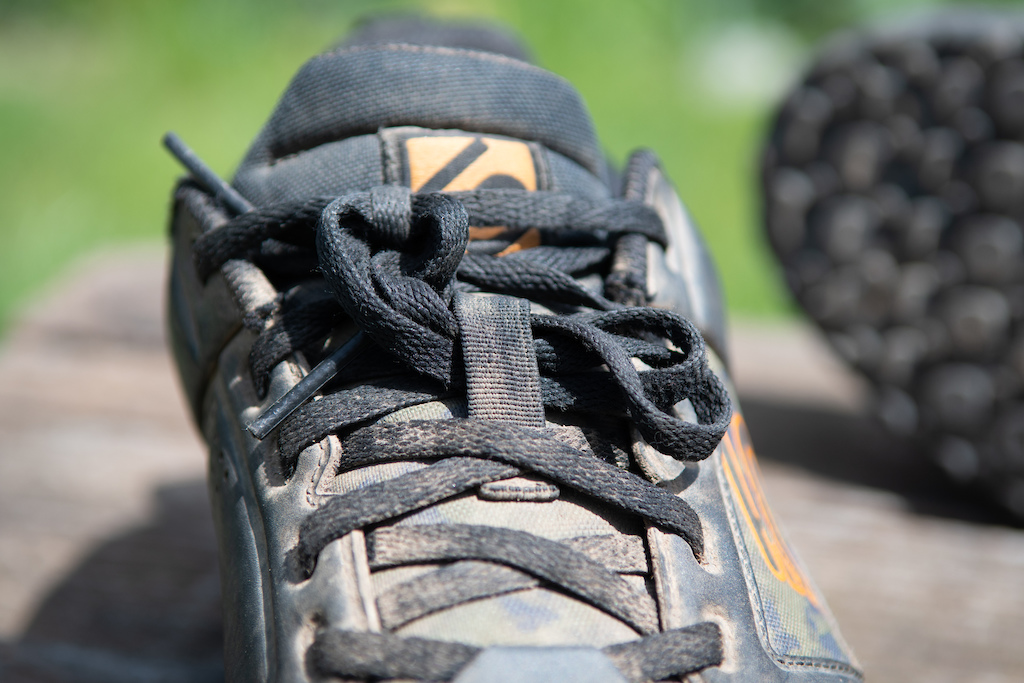 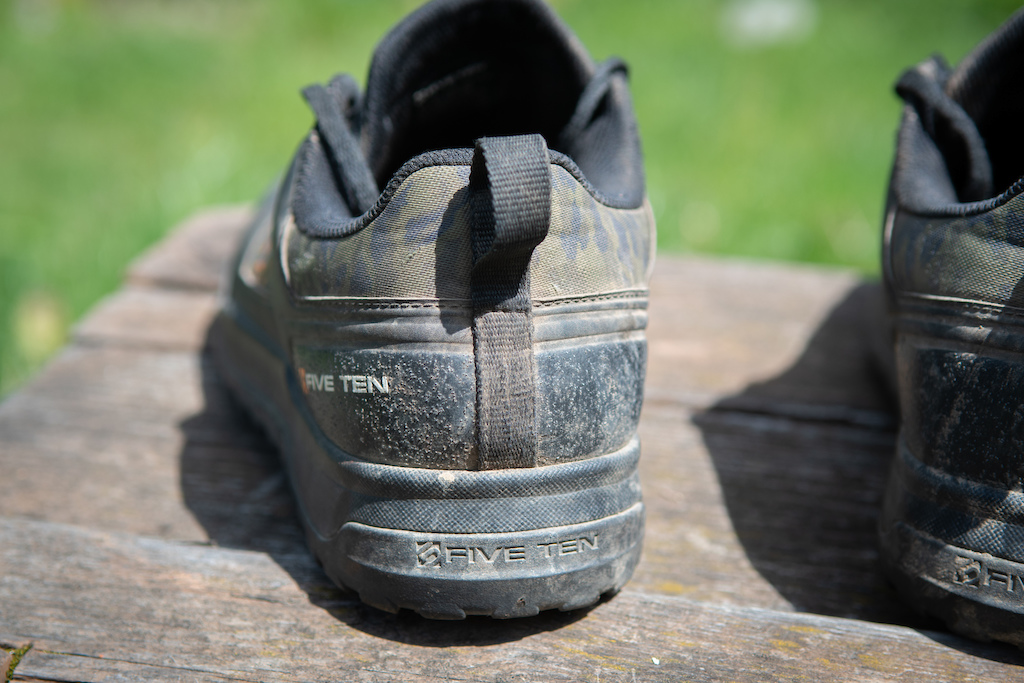 Five Ten’s fit and durability has fluctuated a bit over the years, but things have taken a distinct turn for the better with the latest Pro series of shoes. They’re much less boxy than older versions, with a snug, but still very comfortable fit. I’ve been using a set of Freerider Pros for over a year without running into any issues, and so far, after six months of abuse the Impact Pros are still holding tough. They’re a bit heavier than the Freerder Pros – those feel more like beefed up skate shoes, while the Impacts feel closer to an approach shoe or lighter hiking boot.

The Impacts may not be the absolute lightest or the most ventilated option out there, but they make up for that with a reassuringly solid feel. For mellower trail rides I prefer the lighter weight of the Freerider Pros, but the extra protection of the Impact Pros is nice to have for more DH-oriented riding. The sole is stiff enough for long days of pedaling or in the bike park, but it’s not so thick or stiff that you can’t tell where your foot is on the pedal. 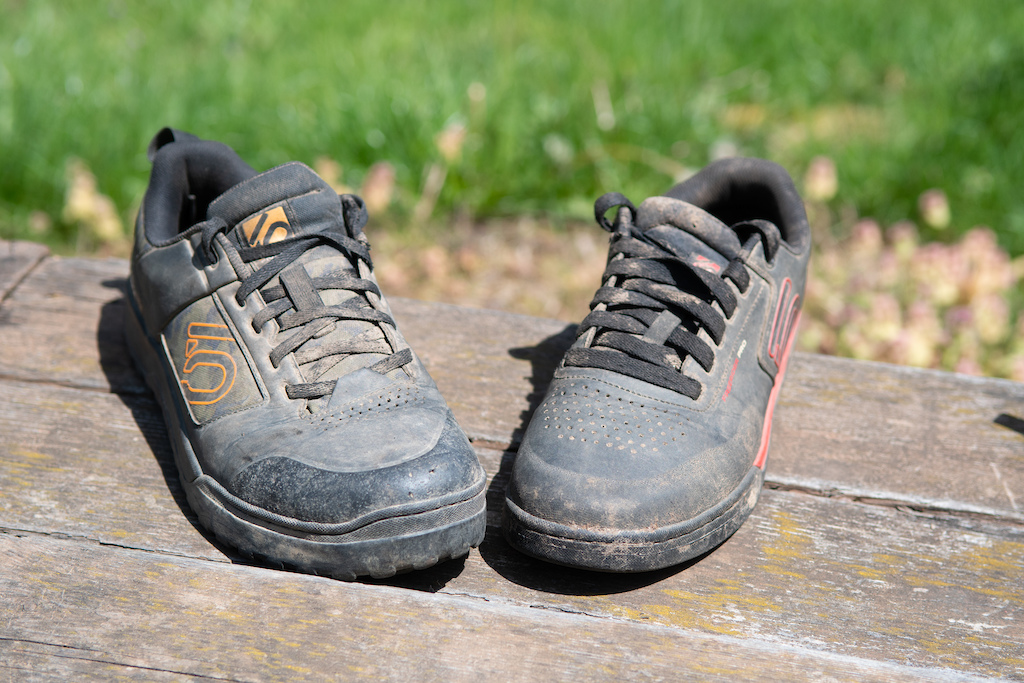 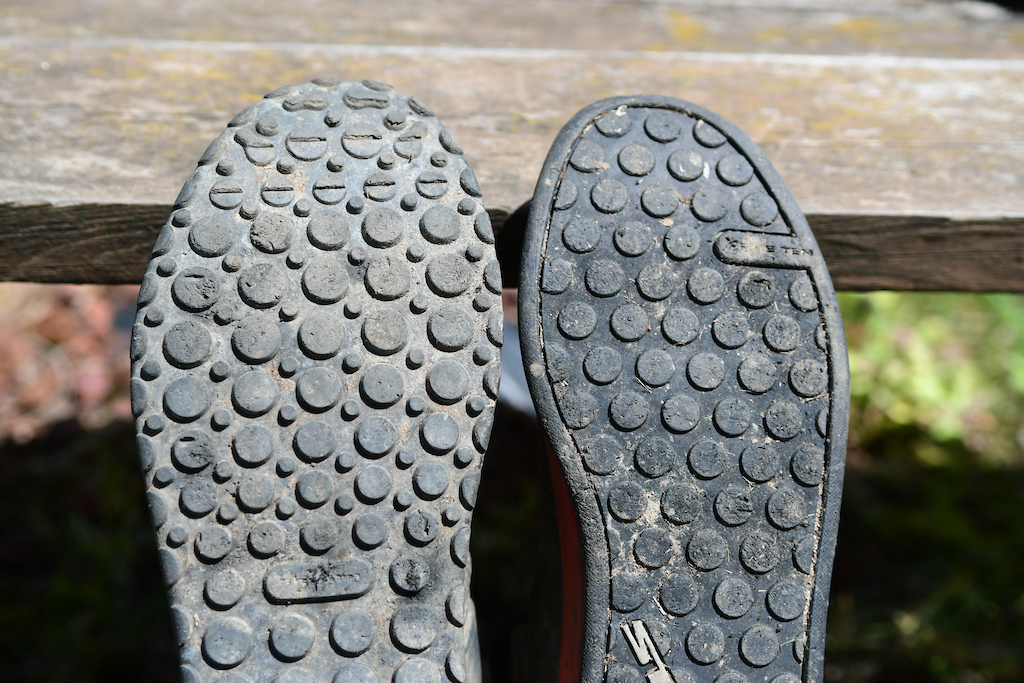 That being said, the soles on shoes like the OWN FR-O1 and Shimano GR9 are more flexible, and feel like they contour to the pedal better, but the tradeoff is the neither of those options offer the level of grip provided by the Impact Pro’s sole. Five Ten’s rubber remains the best in the business, and despite numerous attempt to knock it off the throne, that Stealth rubber is still king. I’ve used multiple flat pedals during my time with these shoes, and no matter the pin profile or pedal shape I never had any issues with unwanted slippage.

In really wet weather the Impacts will still get soggy and saturated, but they’re much, much less absorbent than the original Impacts. They also dry quicker, and one cycle on my boot dryer was all it would take to ensure they were ready for another round of wet riding.