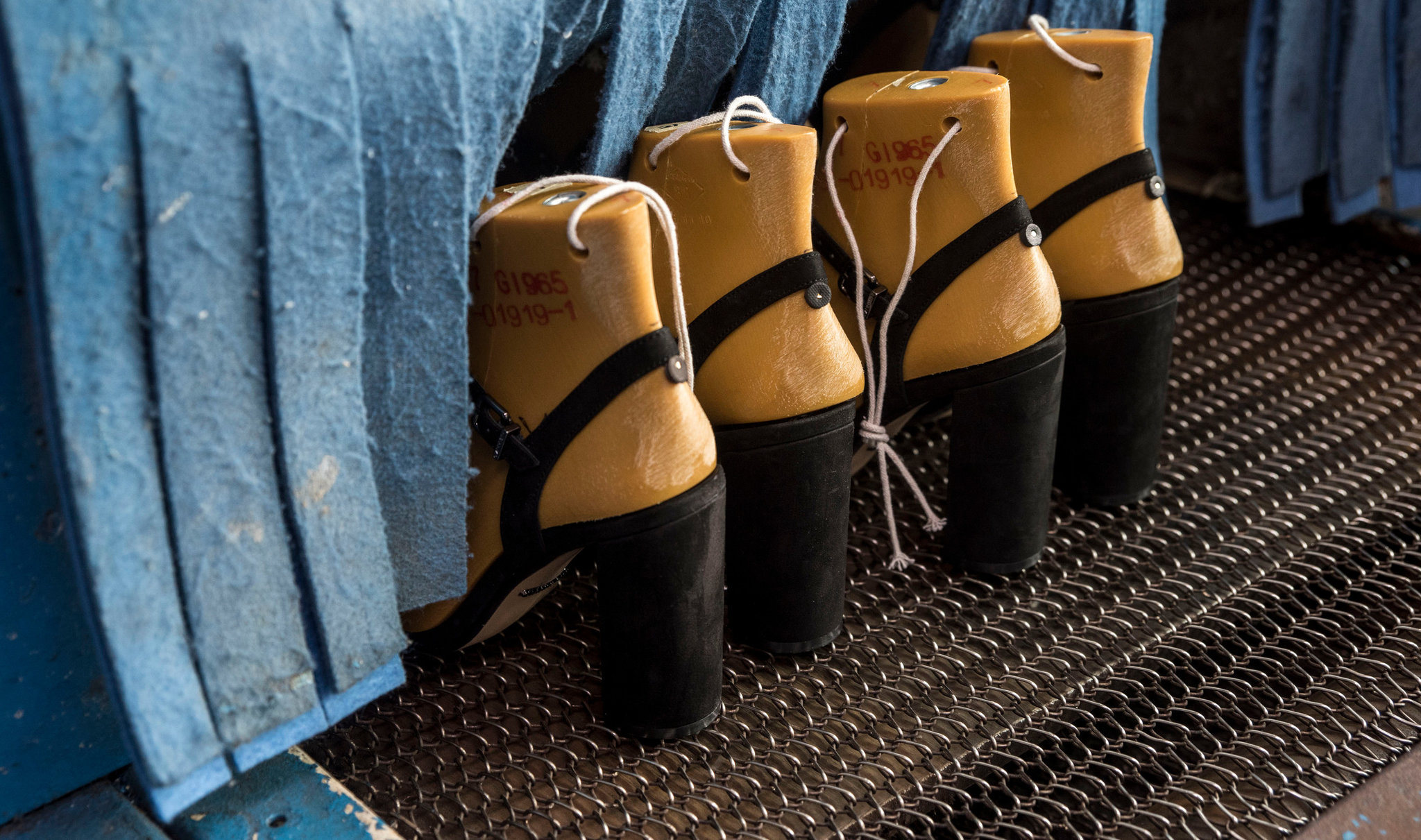 A labor advocacy group announced on Tuesday evening in Hong Kong that one of its undercover investigators, who had gone missing while probing the production of Ivanka Trump-branded shoes in a Chinese factory, had been detained by the police, and two more of its investigators had disappeared in China. Within a day and a half, The New York Times had published two in-depth articles, one on the disappearances and the other on how Ivanka Trump shoes are made, complete with numerous photos from inside the factory.

How was that quick response possible?

Way back in December, I had begun gathering string — journalism speak for early reporting — on Trump-branded merchandise made in China. Having served many years as The Times’s Hong Kong bureau chief before coming to lead our Shanghai bureau last November, I know the Pearl River Delta region near Hong Kong well. It is also where you can find many of China’s export factories in industries like apparel production and shoemaking.

On a bullet train to Guangzhou — the region’s hub — from Wuhan in central China, where I had been reporting on China’s solar power industry, I began checking online for factories that produced Trump merchandise. I also reached out to various executives in the merchandise sourcing industry. I quickly decided to focus on how Ivanka Trump shoes were made in Dongguan, a sprawling, aging factory city an hour’s drive east of downtown Guangzhou. My news assistant, Ailin Tang, went with me.

The first shoe factory we visited was Xuankai Footwear, a fairly small operation with several hundred workers. It is well located, from a purely journalistic point of view, on a quiet street with several very cheap diners nearby. Standing at the front gate of a Chinese factory in broad daylight can be a recipe for harassment by factory guards or the local police. So my favorite approach is to find a small diner just outside the gate, order a soft drink and start chatting with workers at nearby tables.

The Xuankai workers had a lot to say during their lunch break, including how remarkably cheap Dongguan had become even by Chinese standards, as many factories had moved to other cities farther inland. While local wages were still low by American standards, apartments rented for less than $30 a month, and a large plate of fried rice cost just over a dollar.

But the workers, and later a co-owner of Xuankai, confirmed something else: The factory no longer made Ivanka Trump shoes, and had not done so for many months. So I headed to Huajian Footwear, a short drive across the same neighborhood.

A giant factory with 5,000 workers (and a decade earlier several times that number), Huajian proved more of a journalistic challenge. The sprawling complex is situated behind a canal, with a large gate and plenty of guards blocking the factory’s end of the short causeway across the canal. The other end of the causeway is on a fast, four-lane road with no nearby diners in which to do interviews. The workers, for the most part, either live in nine-story dormitories inside the complex or catch buses from distant locations; a few ride bicycles.

But large, leafy trees had grown up on either side of the factory gate, making this unlit area a good, inconspicuous place to interview workers who emerged after sunset during their dinner break to buy bananas from a street vendor.

We also reached out to Huajian’s management, and the company accepted our request to tour the factory the next day and to interview its chairman, Zhang Huarong. A photographer who frequently works with The New York Times, Gilles Sabrié, happened to be nearby on another assignment, so we asked him to join us. He took many photos, which would prove handy later.

But this was a very complex story. Huajian was moving its shoemaking to Ethiopia, but it had not yet moved production of the Ivanka Trump shoes. The company often required long hours of its workers, but it did pay them overtime, and some of the workers wanted that pay. Wages were still low by American standards, but they had risen ninefold in dollar terms since the late 1990s.

Several months later, with my Huajian reporting on the back burner as I continued to explore other Trump-branded merchandise in China, we learned that a New York-based advocacy group, China Labor Watch, had coincidentally sent in undercover investigators to look at the company’s shoe production. My editors and I mulled whether to run the Huajian article on its own, but decided to wait and see what China Labor Watch might find.

Li Qiang, the director of China Labor Watch, told me in mid-May that he was coming to Hong Kong, so I flew down from Shanghai and invited him to lunch on May 26. He shared some troubling news: One of his undercover investigators, Hua Haifeng, had tried to cross the border the day before to meet him but had been stopped from leaving mainland China by border police. Local police officers had subsequently questioned Mr. Hua, and already knew that he had been working undercover at Huajian. My editors and I decided I should revisit the company.

I returned with my news assistant for more interviews outside the factory gate on Sunday and Monday, without telling Huajian’s management. Workers complained more strenuously this time of excessive overtime. The company was so desperate to hire workers that a manager, seeing Ailin outside the gate, walked out and tried to hire her on the spot to make shoes (she said no). Even the company’s spokesman acknowledged to us in a text message that it was experiencing a “busy season” and had lengthened hours.

At the same time, Mr. Li was contacting me with worrisome updates: All three of his undercover investigators at Huajian were missing. I quickly revised my article. It was within hours of being published when Mr. Li alerted me that Chinese police had notified Mr. Hua’s wife of his detention, which she then confirmed by phone.

I wrote a new story overnight China time about Mr. Hua’s plight and the disappearance of the other two activists. The next morning we further updated the original feature and ran that as well.

The Ivanka Trump brand declined to comment on labor issues at the factory. Marc Fisher Footwear, which licenses the brand and arranges the manufacture in China and distribution in the United States, said it would look into the allegations.

As is often the case with long-term projects such as this, there was too much material to fit into just two articles.

Case in point: Mr. Zhang told me that while he hadn’t met Ivanka Trump, her advisers had come to his factory four years earlier and mentioned something he dismissed at the time. “They said then that the father of the brand’s owner wanted to be elected president, but I didn’t take it seriously.”