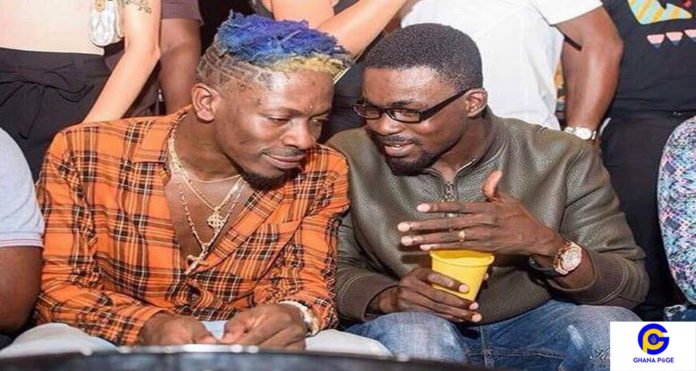 Since the CEO of gold dealership firm Menzgold, Nana Appiah Mensah and his company emerged in crisis, many signed artists and actors have disguised themselves from the man and everything associated with him.

However, there are still millions of people out there who still have doubts about the faith of dancehall music giants, Shatta Wale, and Stonebwoy who were signed onto the record label.

But the doubts and questions till then still remain unanswered with both of them not spitting even a word about their future with the Zylofon record label.

Well, latest post from SM boss, Shatta Wale seems the ‘Gringo’ hitmaker has taken the lead and has answered that million question by confirming that he has left Zylofon Music.

In an Instagram post sighted by Ghanapage.com, Shatta Wale announces that anybody who wishes to book an appointment with him should contact him via a certain provided email.

In a normal case, all bookings with the self-acclaimed dancehall king should have been done through his record label but this time it has gone in a different direction. 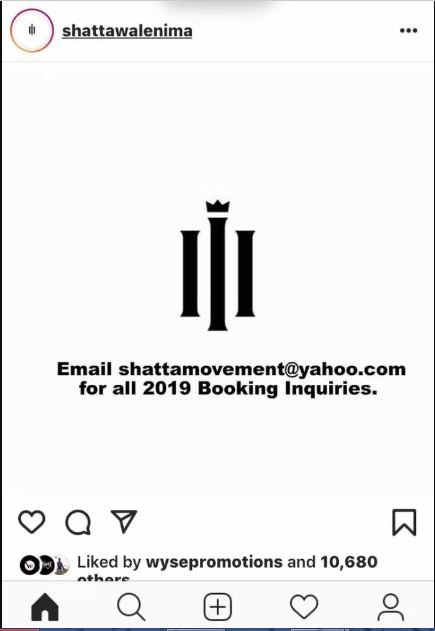 Do you also think Shatta Wale has left Zylofon music according to his recent post? If so, has he betrayed NAM1 or you think is a good decision for him?