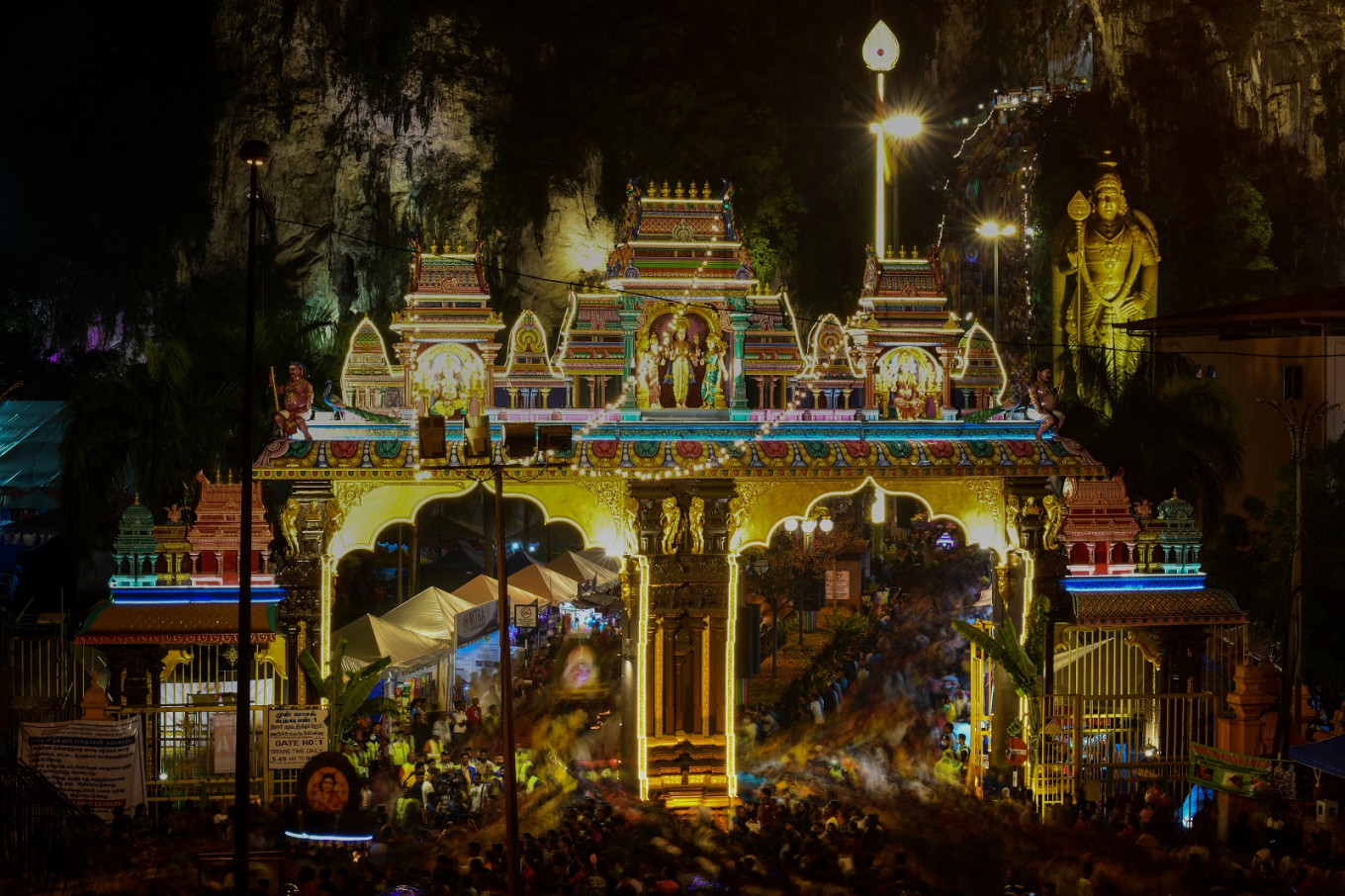 This picture taken on February 7, 2020 shows Hindu devotees walking towards the Batu Caves temple to make offerings during the Thaipusam festival in Batu Caves on the outskirts of Kuala Lumpur. (AFP/Mohd Rasfan)

Hindus gathered in temples across Malaysia on Saturday to celebrate the annual Thaipusam festival, with many piercing their bodies with hooks and skewers, despite concerns about the deadly coronavirus outbreak.

Massive crowds descended on the Batu Caves temple complex on the outskirts of capital Kuala Lumpur to participate in the event, where Hindus showcase their devotion to the deity Lord Murugan.

Worshipers walked barefoot up 272 steps to reach the temple — an important religious site for Tamil Hindus — armed with gifts including milk pots which are eventually smashed as offerings.

Many displayed their fervor by carrying heavy ornate metal structures called “kavadis”, affixed to their bodies with sharp metal spikes that are hammered into the skin.

Some devotees appeared to be in a state of trance as they carried the kavadis, which can weigh as much as 100 kilogram.

Others pierced their faces with tridents or hung multiple hooks and chains from their bodies in an act of penance.

The crowd at the Batu Caves looked as big as in previous years despite worries about the new virus, and only a handful were wearing protective masks.

The pathogen has killed hundreds and infected tens of thousands in China and is spreading around the world. Malaysia has so far reported 16 cases, mostly in visiting Chinese nationals.

“We are quite worried about the Wuhan virus,” conceded devotee Navindran Arumugam, referring to the Chinese city at the center of the outbreak.

But he added he was not too concerned about picking up the illness at such a “holy place”.

Prior to Thaipusam, devotees will typically hold daily prayer sessions, abstain from sex and stick to a strict vegetarian diet for weeks.

Most of Malaysia’s roughly 32 million people are Muslim, but the country also has around two million ethnic Indians.

Most are descendants of laborers brought from ethnic Tamil areas of southern India by Malaysia’s former British colonial masters.

Lord Murugan is particularly revered in southern India and among ethnic Tamil communities in Southeast Asia.