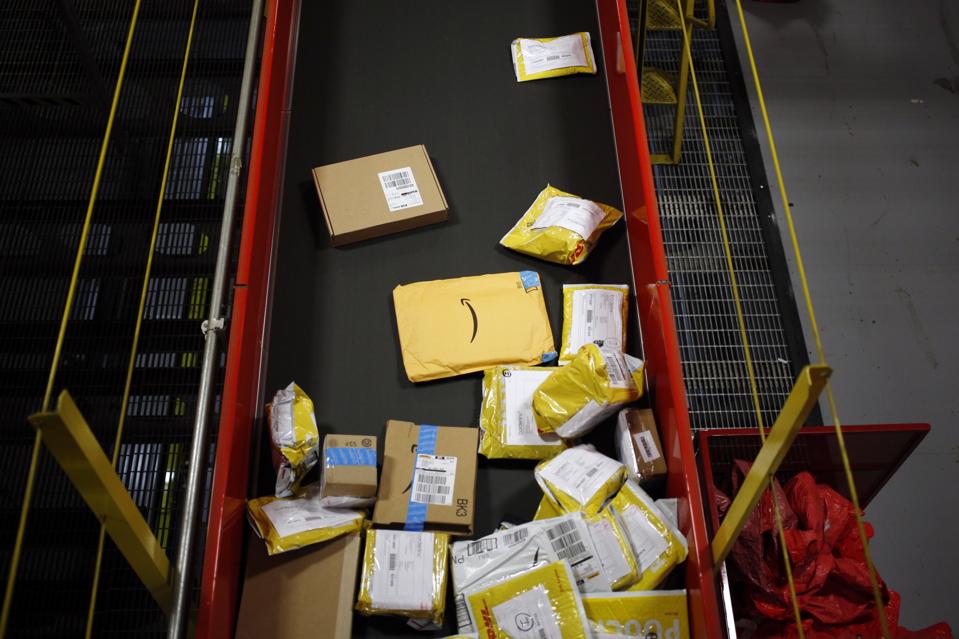 An Amazon.com Inc. package moves down a conveyor belt while being sorted at the DHL Worldwide Express hub of Cincinnati/Northern Kentucky International Airport in Hebron, Kentucky, U.S., on Wednesday, Aug. 16, 2017. (Credit: Luke Sharrett/Bloomberg)

A pending Supreme Court case could potentially spark change in the way online sellers are charging shoppers in the Midwest and across the nation.

This week, the U.S. Supreme Court is scheduled to hear arguments in a lawsuit brought by the state of South Dakota against three of the internet’s leading retailers, which plaintiffs say haven’t paid their fair share of sales tax under state law. If the court rules in South Dakota’s favor, some experts believe it could ignite a national trend toward refitting state tax laws for the modern marketplace, where online retailers have grown massive without the binds of brick and mortar.

As the Chicago Tribune explains, South Dakota sued online retailers Wayfair, Overstock, and Newegg following passage of a 2016 law requiring any retailer with at least 200 transactions or $100,000 in sales per year in the state to collect sales tax, whether or not that business has a South Dakota location. According to state’s attorneys, the companies have failed to comply with the law. 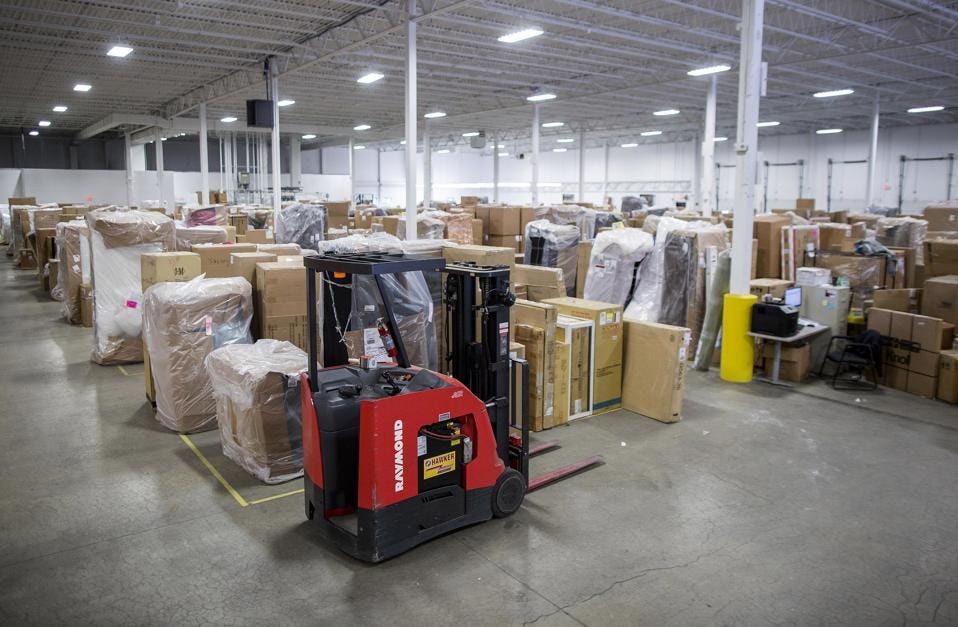 Boxes sit in the warehouse at the Wayfair Inc. photo studio in Westborough, Massachusetts, U.S., on Tuesday, May 24, 2016. Wayfair is the largest online-only retailer for home furniture in the U.S. (Credit: Scott Eisen/Bloomberg)

See also: How To Hack A Brooklyn Diner Using Google

As a result of a 1992 Supreme Court decision surrounding the office supply firm Quill, states have been unable to force retailers to collect tax in states where they don’t have a physical presence.

South Dakota has argued that the law is behind the times in its “no presence, no tax” position, given that an estimated 9.1% of all U.S. retail sales happen online — and may cause state and local governments to lose billions per year in revenue, the Tribune noted.

For years, delivery-based companies such as Wayfair and Amazon have benefited from this setup, though Amazon announced last year it would start charging sales tax in every state on those products that it provides in-house.

As Bloomberg Tech pointed out, however, Amazon’s third-party sellers haven’t typically been subject to state tax practices, may often under-report sales, and account for nearly half of all products on the platform, courtesy of close to two million merchants.

See also: California May Drop Cannabis Taxes To Give Legal Sellers A Boost