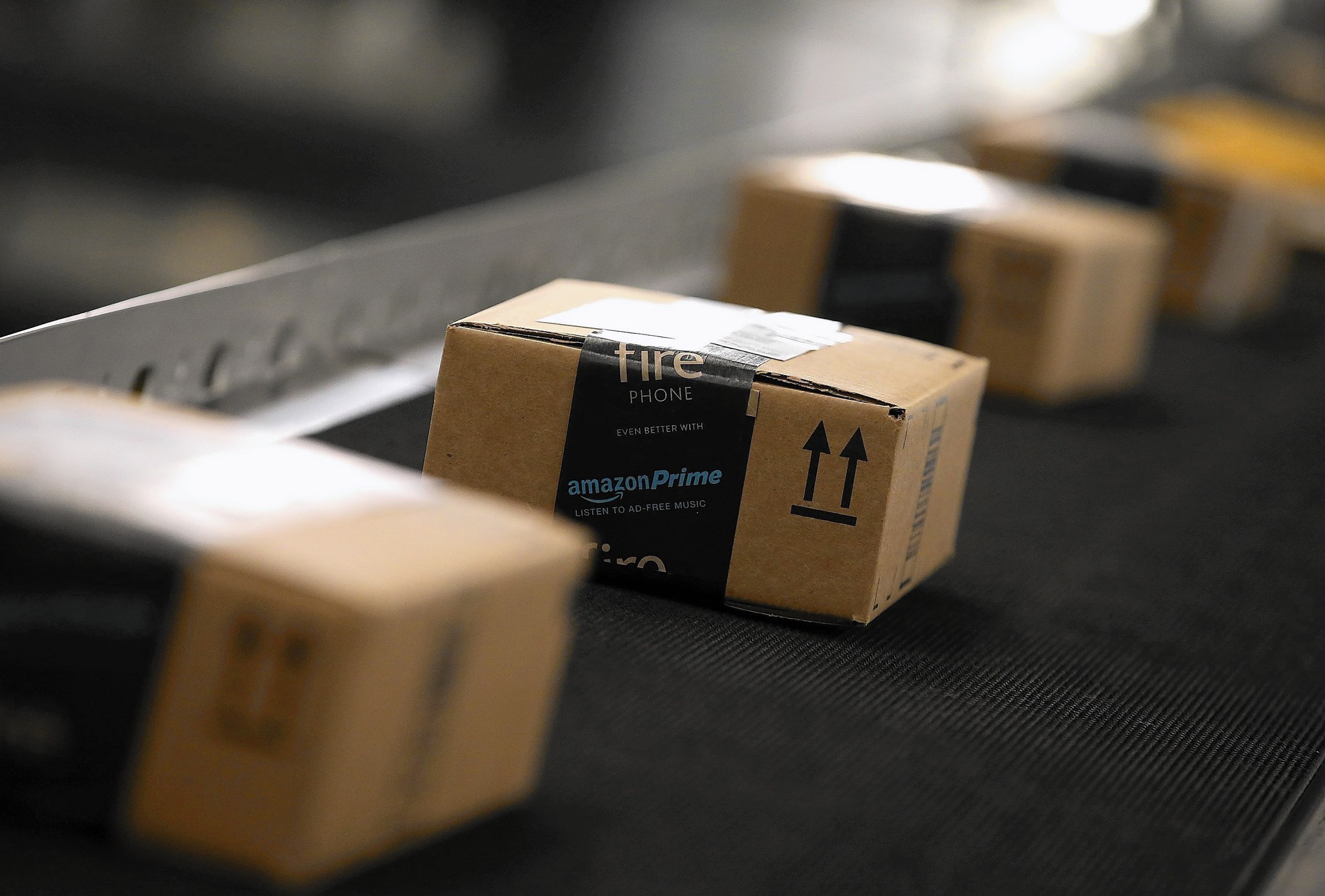 There’s no doubt that online shopping is a wave that is roiling the retail industry – and our culture, for that matter.

But it’s a wave that’s not sweeping up all shoppers in quite the same way.

According to new data, the rise of online shopping across the United States is rather uneven, with more affluent states marching more quickly toward a lifestyle in which buying happens on a screen instead of at the mall.

Adobe, whose software runs under many retail websites, analyzes data on billions of website visits to create its Digital Price Index, a real-time snapshot of online consumer spending. Analysts there studied digital shopping patterns over a one-year period that ended in February 2017. Their measurements included state-by-state breakdowns of growth in total e-commerce spending, as well as online spending per person.

Maryland saw an 8 percent increase in spending, and Virginia saw a 7 percent uptick.

Meanwhile, online spending retreated or held steady in a handful of states, including Idaho and South Dakota.

But things get especially interesting when per-person online spending is plotted against the most recent Census Bureau figures for state-level median income.

A noticeable correlation in the data suggests that affluent consumers are adapting to online shopping especially quickly. Luiz Maykot, a data analyst at Adobe Digital Insights, said that a number of factors could be shaping the difference, including that low-income shoppers are less likely to have credit cards, which are table stakes to participating in online shopping.

The data illuminate other interesting lessons, too. For example, Alaska and Hawaii are affluent states that don’t fit the pattern of having strong per-person online spending. Maykot said such a result probably reflects the fact that shipping to those states can be pricey and relatively slow – factors that make online shopping less attractive.

The research also offers hints that perhaps relative affluence is not the only factor that informs people’s disparate adoption of online shopping.

For an example here, turn to Washington, D.C. It’s a city, and its growth and spending look much different from any of the 50 states’ figures.

The District’s per-person online spending grew 38 percent over the one-year period. The next-largest growth rate, recorded in New Hampshire, was just 20 percent. Furthermore, consumers in the District spent a whopping $3,353 per person online. That is dramatically higher than the per-person figure in any state. (New Jersey was the highest, at $1,736.)

So perhaps the gap suggests that urbanites, in general, have migrated to online shopping much faster than their counterparts in less densely populated areas.

Maykot said that while he can’t say for sure, as Adobe doesn’t yet perform city-level analyses, this is a “credible hypothesis” for why the District is an outlier.

After all, there are unique pain points to brick-and-mortar shopping in cities: Checkout lines at high-traffic stores can be excruciatingly long. Nabbing an on-street parking spot can feel like a miracle. Many city residents don’t own a car, and it can be hard to lug purchases on public transit or on foot. All these factors may be pushing city dwellers to adopt online shopping more quickly than people in smaller towns.

Taken together, the data help provide valuable context for how to think about the business strategies of some of the biggest names in retail. For example, Amazon.com’s same-day delivery service is largely concentrated in affluent cities. Sure, that’s in part because the economics are better when customers are clustered close together. But this information also suggests that Amazon is first trying to make this a habit among the kinds of shoppers who are already the most dependent on e-commerce. (Jeffrey Bezos, the chief executive of Amazon, owns The Washington Post.)

Similarly, people sometimes ask how Walmart could possibly sustain its more than 4,000 U.S. stores in the digital era. This research helps explain that: That tower of Amazon boxes outside a big-city condo building each evening may not be a good proxy for how people are shopping in, say, rural Tennessee. Even if some people are doing less of it these days, there is still enormous appetite for shopping in brick-and-mortar stores.

Yet Adobe’s findings suggest there are ways to attract different kinds of shoppers – including low-income ones – to the digital channel. Take, for example, what Adobe observed during the holiday season when it came to purchasing TVs. Researchers looked at how many televisions were bought online during November and December in each state, and then looked at what share of those purchases were made during the week of Black Friday – the period when discounts ran highest. States with lower median incomes tended to see a larger share of TVs bought in that period, suggesting that value pricing was important in getting those consumers to fill their digital shopping carts.

“If retailers want to bring more low-income people into the online space, that week is very important for you,” Maykot said.