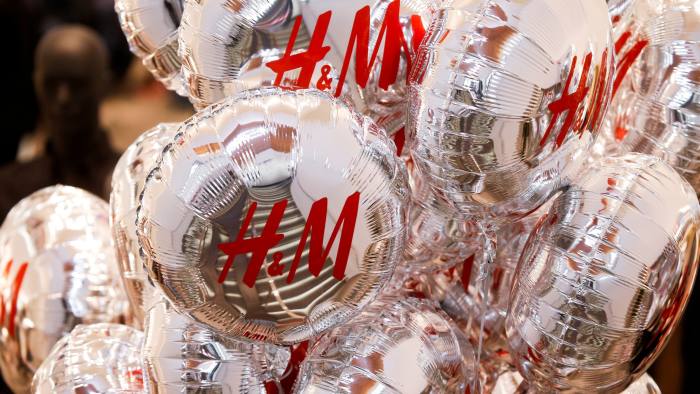 H&M said sales both including and excluding VAT rose 3 per cent in the period compared to last year, to SKr178.1bn (€17.23bn) and SKr154bn respectively. In the third quarter alone, revenues rose 9 per cent to SKr64.8bn, while online sales increased by 32 per cent.

However, profits before “financial items” for the nine months fell 29 per cent to SKr11.3m, while the group’s profit margin fell from 53.6 per cent to 52.1 per cent. The group reported a total of SKr96m in financial items, of which SKr62m was related to interest payments.

Third-quarter profits after financial items also fell 20 per cent to SKr4bn, largely as a result of problems that arose during the implementation of a new logistics system in the US, France, Italy and Belgium during the spring. The problems cost the group SKr400m and pushed down sales in those markets by 8 per cent overall, it said.

H&M has struggled to compete with online rivals in recent years as in-store footfall has declined. It has also grappled with high levels of leftover stock it has had difficulty shifting.

But on Thursday, the group reiterated the more positive tone outlined in an update earlier this month, in which it said a drive to revamp its business and resolve an inventory backlog had boosted sales. Over the nine months, the group said its drive to better integrate physical and online stores had improved and it had opened fewer physical stores.

“The rapid changes in the fashion industry are continuing and the H&M group is in an exciting transitional period. Our transformation work has contributed to a gradual improvement in sales development with increased market share in most markets during the third quarter,” said chief executive Karl-Johan Persson.

“We are getting a positive response from customers to the changes that we are making both online and in stores — including in those H&M stores, where we are trying out various adjustments to our assortment, product display and shop fittings. We are therefore now scaling up this to more stores and markets,” he added.