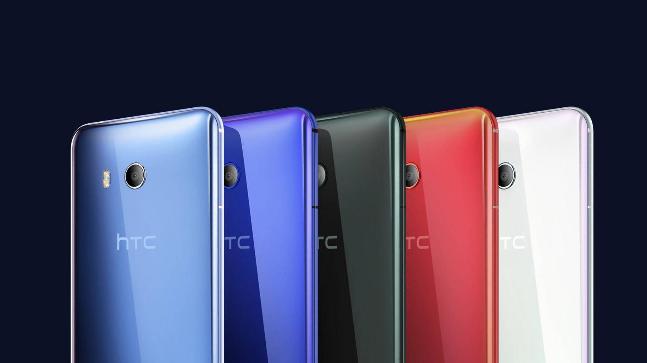 After announcing the HTC U11 Plus very recently, the Taiwanese smartphone manufacturer is now gearing up to launch another flagship called the U12 in the days to come. Until now, details about the smartphone were sparse, but now, complete specs of the device have surfaced online. HTC seemingly will announce the upcoming flagship device aka HTC U12 sometime around the month of April this year.

A popular tipster named LlabTooFeR revealed the complete specs of the upcoming HTC U12 on Sunday. Alongside the specification details, LlabTooFeR reveals that the smartphone could also be called the HTC Imagine. HTC, as of yet has not confirmed the device, however, with the new report coming in, chances are the company’s next flagship could either be called the HTC U12 or the HTC Imagine.

The upcoming HTC U12 or HTC Imagine may sport a 5.99-inch display with QHD+ resolution. The HTC 12 is said to be powered by Qualcomm’s current most powerful processor – the Snapdragon 845. The smartphone may be backed by a massive 3420mAh battery and run Android 8.0 out of the box. The tipster also reveals that the upcoming HTC U12, which is going to be a direct successor to the HTC U11, will come packed with 6GB RAM and 256GB internal storage. The smartphone is also said to come with full Treble support.

ALSO READ: HTC Breeze will apparently be called the Desire 12

In addition, the upcoming HTC U12 or the HTC Imagine is expected to come with IP68 certification and other features including — HTC Face Unlock and Edge Sense 2.0. We may see the HTC U12 come in both single and dual SIM versions.

It is noteworthy that the smartphone is not yet confirmed by HTC, however, going by the latest leak it is expected to go official sometime around the month of April. For now, there is no word on the India launch timeline of the HTC U12. However, we can expect the smartphone to hit the Indian shores almost around the same time as the global launch.

HTC recently announced another premium device in India – the HTC U11+. The smartphone was launched in the counter for Rs 56,990 and is available for buying from Flipkart. The U11+ is HTC’s first phone to ship with an edge-to-edge, near bezel-less screen and an unusual aspect ratio of 18:9 which is protected by Corning’s Gorilla Glass 5. The U11+ is powered by a 2.45GHz octa-core Qualcomm Snapdragon 835 processor clubbed with 6GB RAM and 128GB of internal storage. The smartphone comes with a 12-megapixel rear camera with what HTC calls UltraPixel 3 technology and UltraSpeed Autofocus on the back panel. On the front, the U11+ comes with an 8-megapixel camera.