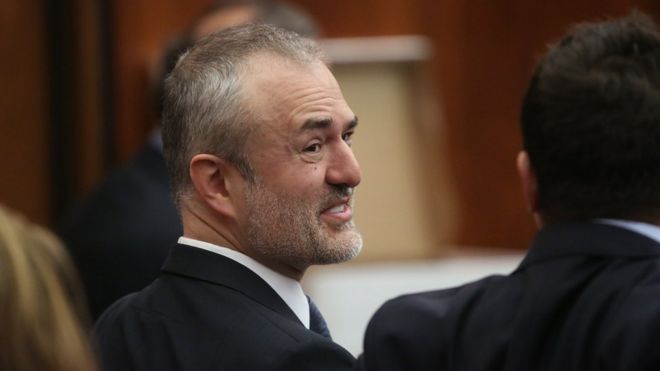 Online news site Gawker Media has been sold to media firm Univision for $135m (£103m) in a bankruptcy auction.

The firm outbid media rival Ziff Davis to seal the deal, which still hinges on approval from a bankruptcy judge.

The sale comes after Gawker filed for bankruptcy protection in June to avoid paying damages after it lost a $140m invasion of privacy lawsuit brought by former wrestler Hulk Hogan.

Gawker owner Nick Denton said he was “pleased” by the deal.

“I am pleased that our employees are protected and will continue their work under new ownership – disentangled from the legal campaign against the company. We could not have picked an acquirer more devoted to vibrant journalism,” he said in a statement.

Gawker’s previous owner, Nick Denton, seems as pleased as he could be with this deal – and it’s easy to see why. So far it looks as though Gawker is going to stay exactly as it was before: same staff, same outlook.

That’s dismal news for Silicon Valley investor Peter Thiel. He gladly funded the legal case that brought Gawker to its knees, and said he would do it for anyone else that wanted to take on the site.

Univision is bigger, richer and more powerful than Gawker. Mr Thiel would have to dig even deeper to take it on – and so the investor’s multi-million dollar attempt to wipe Gawker off the internet appears to have failed, just as many press freedom advocates had hoped it would.

Univision is known to most people in the US as the country’s biggest Spanish-language media company. Others may know the name after its most prominent face, anchor Jorge Ramos, was thrown out of a Donald Trump press conference.

Gawker was sued by Hulk Hogan, whose real name is Terry Bollea, after the website published a video from 2007 of Mr Hogan having sex with the wife of a friend.

During the three-week trial Gawker defended its right to publish the video as part of its celebrity news coverage, while Mr Hogan argued it had been an invasion of his privacy.

The jury ruled in the former wrestler’s favour and ordered Gawker to pay $115m in compensation and $25m in punitive damage.

In May a judge denied Gawker’s request for a new trial.

In a twist revealed after the trial, it was discovered that Mr Hogan’s legal bills were paid by PayPal co-founder and tech billionaire Peter Thiel.

Mr Thiel said he wanted to curb Gawker’s “bullying”. In 2007 Mr Thiel clashed with Gawker after the site published an article that outed him as gay.