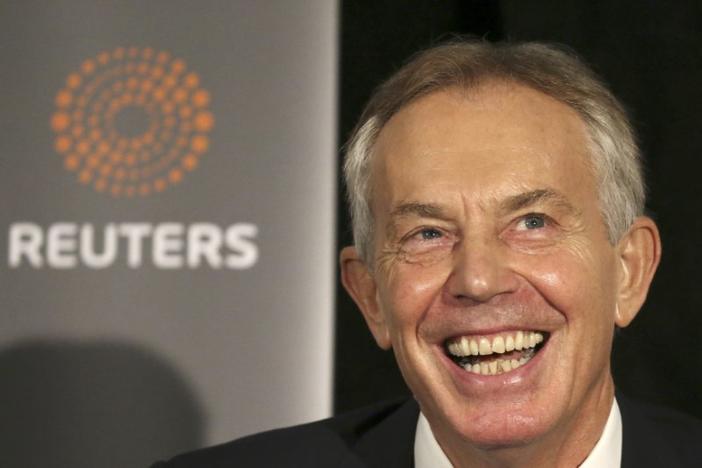 Former Prime Minister Tony Blair on Tuesday predicted chaos if the United States elected an isolationist president, likening the withdrawal of America from world affairs to a football match without a referee.

Asked how he would advise Republican presidential candidate Donald Trump, should he win the Nov. 8 election, Blair stopped short of labelling Trump an isolationist. But he pointedly praised Democratic presidential candidate Hillary Clinton, once the United States’ top diplomat, and said the world needed U.S. leadership and democratic values.

Trump, a reality TV host and businessman but novice politician, has spoken of upending long-held U.S. foreign policy positions. He said he would leave it to China to handle North Korea and its growing nuclear weapon capabilities, has questioned whether to protect NATO allies from Russia unless they cover more of U.S. defence costs, and suggested it would be acceptable for more countries to obtain nuclear weapons.Like a football referee, Blair said, the United States is constantly criticized by partisans who claim it to be biased against their side.

“But can you imagine the soccer game where the referee decides to go back in the changing room? The first few moments, everyone says that’s great, and they’re away. After a time, it’s chaos,” Blair said.

Trump’s rhetoric has propelled him to the top of the Republican Party ticket, but has drawn sustained criticism from much of the U.S. foreign policy establishment.

Fifty Republicans who once served as senior national security officials signed a letter last month opposing Trump, saying he displays “an alarming ignorance of basic facts of contemporary international politics” and that “he would be the most reckless president in American history.”

Blair said that like many leaders, he came to office focused on his domestic agenda but soon found himself turning to urgent foreign affairs.

“Rather than say anything about Mr. Trump, I will say this about Hillary Clinton. She is someone in my view who I personally would trust completely,” Blair said. “I think she is of enormous wisdom, common sense and integrity.”