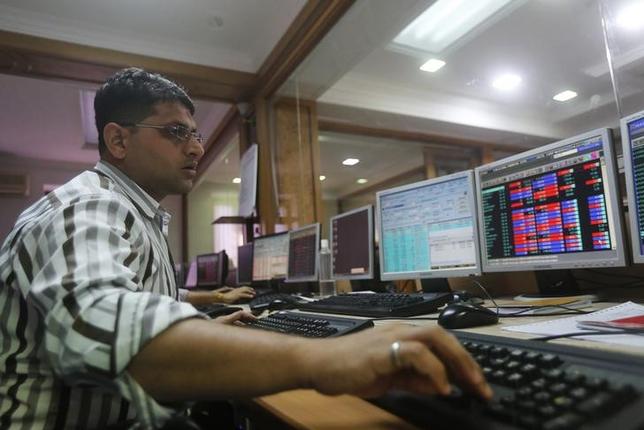 A broker trades on his computer terminal at a stock brokerage firm in Mumbai, India, January 20, 2016.
REUTERS/SHAILESH ANDRADE/FILES

The BSE Sensex fell more than 1 percent on Monday to post its biggest daily decline in 2-1/2 weeks as European shares were hit hard by persistent concerns about the pace of global economic growth.

The falls came late in the session, and more than offset earlier gains when metal firms such as Tata Steel (TISC.NS) and lenders rallied after the country set minimum import prices for steel products.

The broader Nifty ended 1.36 percent lower, after earlier gaining as much as 0.31 percent. It was its biggest decline since Jan. 20.