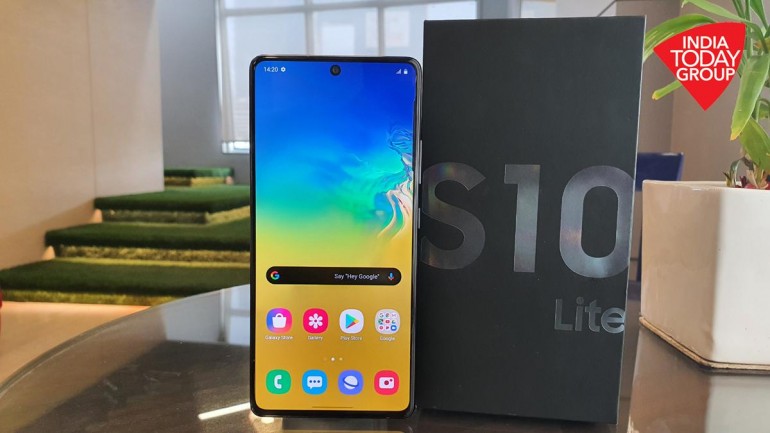 Samsung has had a rather busy start to 2020. In a departure from the usual, the first month of the year saw the South Korean tech giant launch three new smartphones, interspersed across two different budget segments. Interestingly, of the three it was only the pricing of the Galaxy A51 that did not come as a surprise to those tracking Samsung’s recent moves in the market.

Launched at Rs 23,999, the A51 emerged as another strong offering from Samsung which despite not going too heavy on specs, does appear to charge a slight premium for bringing to the user a few nifty features wrapped in a package with Samsung’s name slapped on it.

On the other hand, the lite variants of the Galaxy Note 10 and S10 come flaunting flagship features and specs, but in a price segment that until now was left unattended by Samsung. While both devices share some key specs, it is arguably the S10 Lite which poses a bigger threat to the current leader of the segment — despite being marginally more expensive than the Note 10 Lite.

It is powered by the Snapdragon 855 chipset, and flaunts a rather simplistic design that’s inspired by the flagship Galaxy S10 but bears key differences — one of which is definitely the choice to not go with toughened glass at the back of the device.

We’ve had the device with us for a while now. Read our review to know if the Galaxy S10 Lite is the smartphone for you. 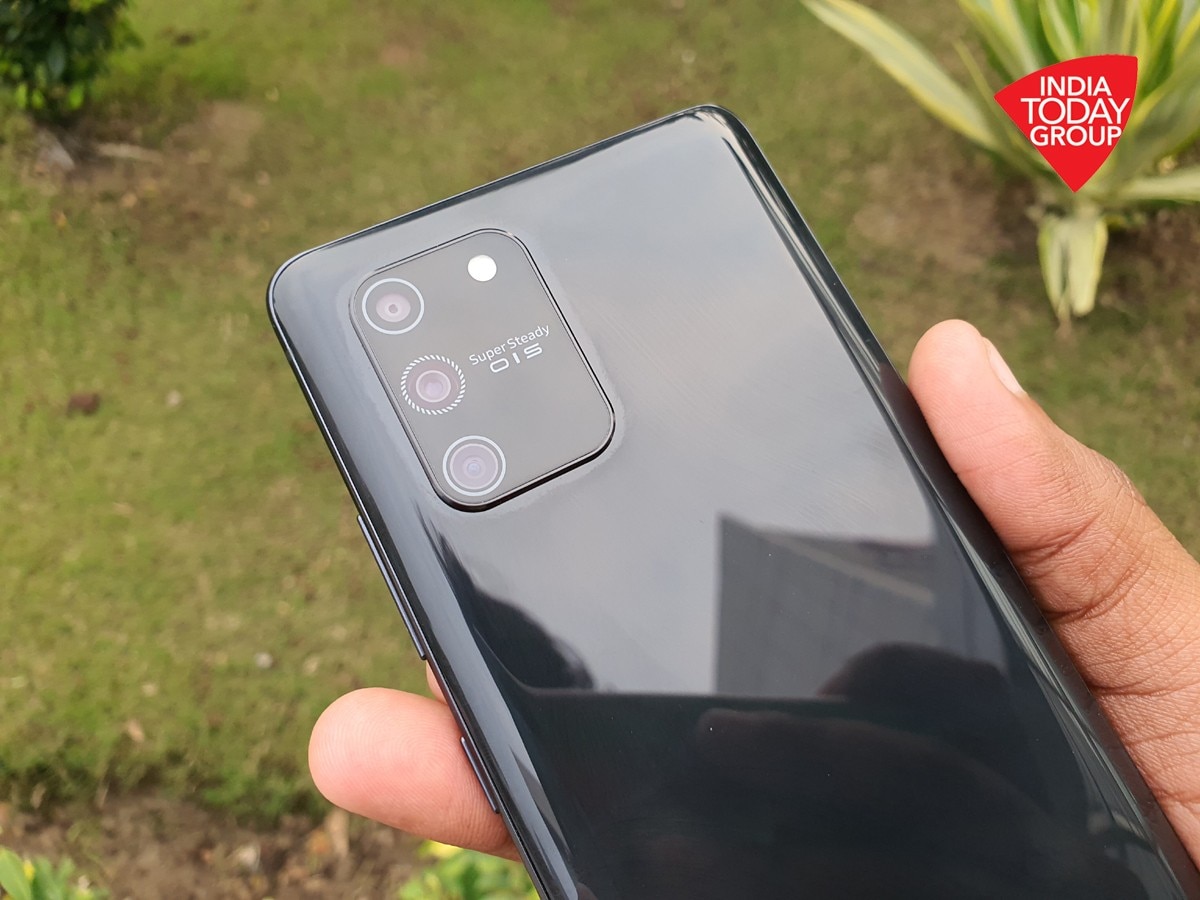 Being a watered-down variant of one of Samsung’s premium end flagships, the Galaxy S10 Lite isn’t afforded the luxury to flaunt fancy design features. As such, there is no curved screen on the device, nor does it use premium elements such as glass at the back.

In fact, to keep the price down to a competitive Rs 39,999, Samsung’s even decided to slap on the display a two-generation old Gorilla Glass 3 shield — instead of the current standard, Gorilla Glass 5.

However, to Samsung’s credit, cutting off these corners hasn’t resulted in the downgrading of the premium quotient of the device — or at least not by much. Granted it’s not in the same league as the uber premium Galaxy S10, it still does manage to look and feel like a high-end device.

And that’s because of certain intelligent design choices by Samsung.

At the back, we have a glass-like Glastic panel, which despite just being polycarbonate in essence, could very easily pass off as glass to the untrained eye.

Without prior knowledge, it would be quite difficult to call the Galaxy S10 Lite out for sporting plastic on its back, especially if you are looking at the device from a distance. If anything, the fact is only discernible once you hold the device in your hand.

And at this point too, it would ideally take some prior knowledge of the subject to conclusively say that the S10 Lite does indeed sport plastic at the back of the phone. Now, this definitely helps Samsung is trying to establish the S10 Lite as a premium device. 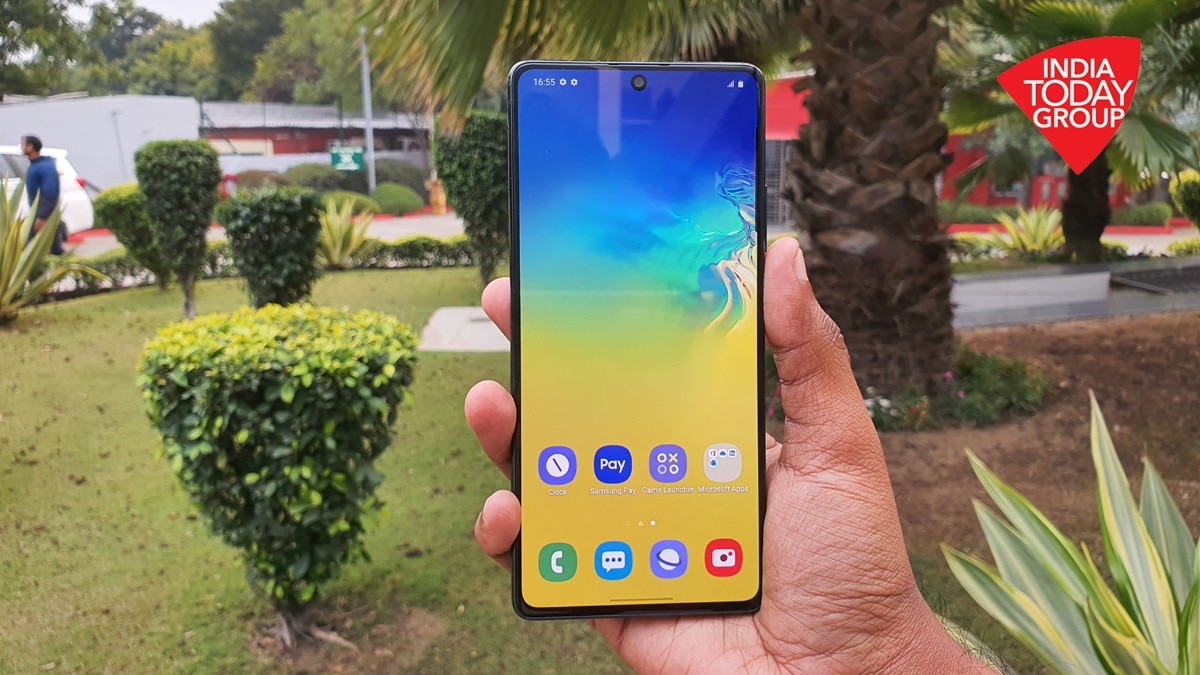 Samsung has kept things clean and simple with the S10 Lite, and as such, the back panel only houses a triple camera set-up at the back with Super Steady OIS branding and the company’s logo. Slightly curved at the edges, the phone’s panel is quite glossy and as such a fingerprint and smudge magnet. Although, on our Prism Black S10 Lite, smudges didn’t do too much to ruin the aesthetics of the device.

For the Galaxy S10 Lite, Samsung has used a 6.7-inch panel which is capable of running at a fixed resolution of 1080×2400 pixels. Unlike fancier phones, the refresh rate too is capped at 60Hz. There are no curves on it, however, it is an Infinity-O panel with very narrow bezels, to ensure an immersive viewing experience.

In terms of performance, we found it to be quite good, and for all intents and purposes, to be on-par with what Samsung offers with its flagship Galaxy S10. The text appears crisp, and the display is plenty bright. Even the viewing angles are quite good with the Super AMOLED panel also excelling at producing punchy colours.

As mentioned above, the panel is surrounded by very little in the way of bezels, with the only distractions being a small punch-hole and a very thin chin at the bottom of it.

The panel used on the device also supports HDR 10+, which working in tandem with Widewine L1 support, allows the S10 Lite to emerge as an absolute delight to stream movies and shows on popular OTT platforms such as Hotstar and Netflix. 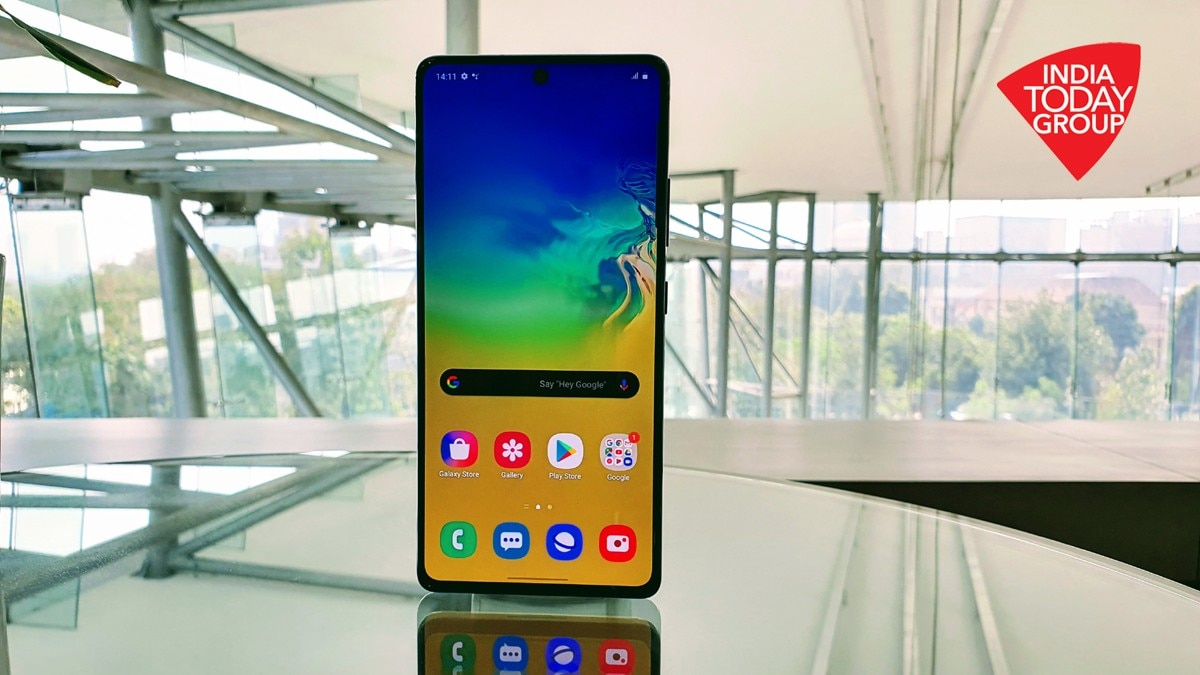 Both the display, and the back panel are held together by a metallic frame in the middle which houses the device’s volume rocker and power button on the right, and its SIM tray on the left. There are cutouts for mono speakers and a Type-C port at the bottom of the frame.

Overall, all the elements come together to create a device that may not scream premium from the top of its lungs but is so nonetheless.

On paper, the Galaxy S10 Lite may sport a chipset that’s at best was 2019’s flagship for Qualcomm, however, when it comes to nuts and bolts reality, the device is arguably even more powerful than the company’s current flagships, the Note 10 and S10 series phones.

At the heart of the S10 Lite, we have 8GBs of RAM sat next to an octa-core processor on Qualcomm’s Snapdragon 855 chipset. This has been paired to a single configuration of 128GB of storage which can be expanded using a MicroSD card.

Unlike some of the newer flagships out there, the memory doesn’t support blazing fast UFS 3.0 speeds, but as a user, you’d be hard-pressed to spot the difference anyway. Be it opening apps or while loading a game, the phone feels snappy, to say the least.

As such, in terms of performance, the phone turns out to be no less than a flagship, and with apps of daily use, and even heavy-duty games such as PUBG Mobile and Call of Duty running at high graphical settings on the device.

Even when it comes to benchmarks, the S10 Lite holds its own, as it scores 464408 points on AnTuTu’s GPU intensive test. The story remains the same while on Geekbench with the device scoring 529 points on the benchmarking tool’s single-core test and 2420 points on the multi-core test. 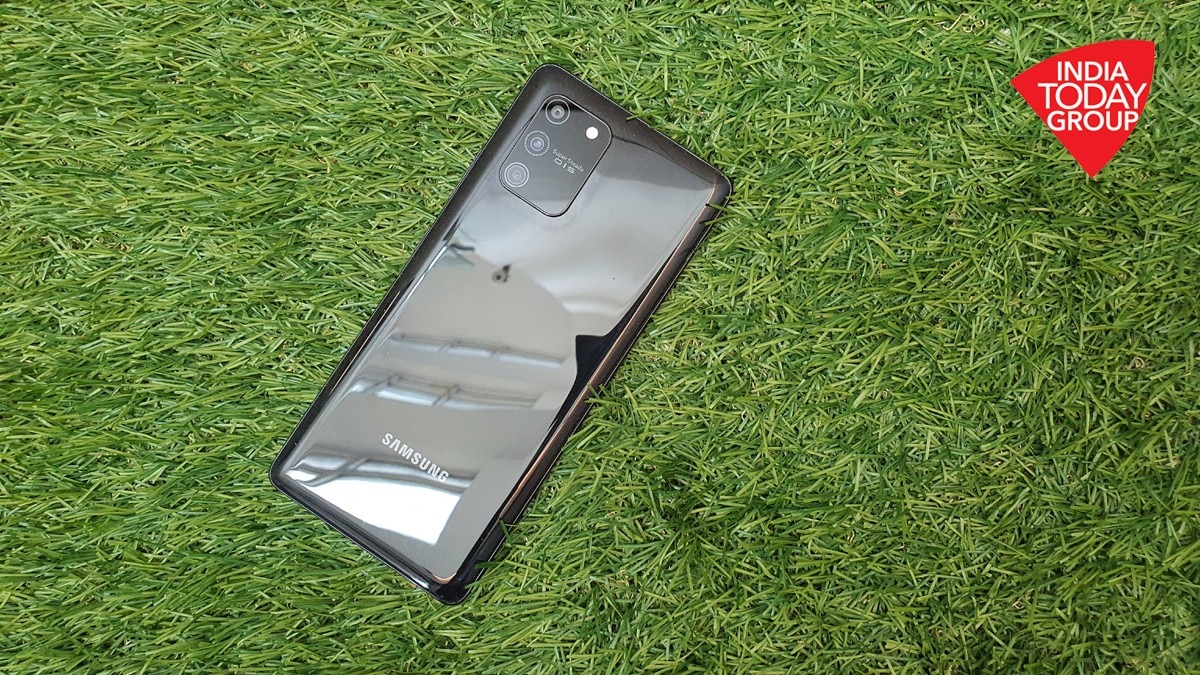 The performance of the phone is also helped by the fact that Samsung is shipping the phone with a copy of its Android 10 based One UI 2 out-of-the-box. Apart from facilitating fluid animations and gesture controls, the UI also brings support for Samsung’s ecosystem of apps and services, including Bixby (Vision, Lens Mode, Routines), the full version of Samsung Pay and Samsung Health. There’s also support for the defense-grade security platform Samsung Knox.

To Samsung’s credit, it has optimised the second generation of its One UI so well that it now provides newer Samsung phones with great gains when it comes to battery life. And in the case of the Galaxy S10 Lite, the well optimised OS running in tandem with a Snapdragon 855 SoC fabricated using a 7nm process and a big 4500mAh battery translates to a phone that promises brilliant battery life.

In our time with the device, we found the phone live up to the promise. On moderate use, the S10 Lite easily gave us a day and a half’s worth of use, while using the device heavily for playing games and clicking lots of pictures — something that you’re quite likely to do because of the phone’s impressive cameras –saw the battery last us a day.

This impressive performance is only accentuated by the fact that the phone also supports Samsung’s Super Fast charging tech which allows the device to fast charge at a maximum of 45W. However, it would be prudent to note that the device doesn’t ship with the charger in the box, and Samsung is instead selling the S10 Lite with a 25W charger for now — essentially the same one that it ships with its S10 and Note series phones. The 25W charger also doesn’t disappoint as it tops up the phone’s battery to the brim in about 70 minutes.

Since the unveiling of the device in Las Vegas earlier last month, Samsung has been talking up the Galaxy S10 Lite as a device that provides a pro-grade camera experience. While initially, we chalked that off to just being marketing talk, a little time with the device soon changed our mind.

Without much exaggeration, the Galaxy S10 Lite is arguably one of the best camera phones Samsung’s created to date. And at the heart of its above par optics performance is a 48-megapixel lens-based triple camera set-up which also houses a 12-megapixel ultra-wide and 5-megapixel macro lens.

And for all intents and purposes, it’s the primary lens that’s the star of the show here.