Fearing death is the reason people do not invest in their retirement as frugally as possible, a new study has indicated.

Researchers set out to discover why so many people do not invest in annuities, which provide an income for life upon retirement.

The reluctance of people to decide how long they expect to live for when calculating their annuity payments is suggested to be a key reason for their low uptake.

A fear of death therefore negatively influences the decisions people make earlier in their lives about financially preparing for their retirement, researchers said.

“People need to think about how long they expect to live in order to calculate the potential payout for an annuity,” said Prof. Linda Salisbury, marketing professor at Boston College and co-author of the study, which will be published the Journal of Consumer Psychology in July. 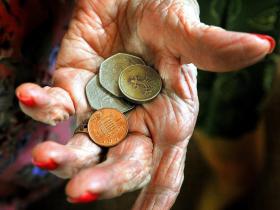 “Our goal was to understand how we can help people overcome their avoidance of annuity products.

“Our findings suggest there may be simple ways financial planners can reduce thoughts about death in these situations.”

Participants in the study were split into two groups and asked to pretend they were 65 years-old and about to retire.

One group was instructed to consider post-retirement monetary options, between annuities and the other Individual Retirement Accounts (IRAs).

While annuities provide a guaranteed fixed income for life, IRAs do not, but also do not require an estimation of life expectancy.

The thoughts of the participants were then analysed after the study.

It found that just one per cent of those examining IRA options were thinking of their own death.

However, 40 per cent of those in the annuity group had thoughts of their mortality.

In a second task, participants in two groups wrote about either their own death or a painful dental experience.

They were then again asked to consider retirement funding options.  The group which had been writing about their own death were 50 per cent less likely to choose an annuity.

However, the researchers also suggested methods of dealing with this.

“There may also be strategies to help people cope with the anxiety that these thoughts might evoke,” said Prof Salisbury.

The researchers experimented with altering the wording in annuity brochures to see if they could influence decisions.

One annuity brochure stated that the monthly payouts would be a certain amount “each year until they died”.

However, the other said the payouts would be “each year they lived”.

Perhaps unsurprisingly, more people opted for annuities when they read that the payouts would last “each year they lived”.

The findings could also have implications for decisions about estate planning, wills and life insurance, researchers said.