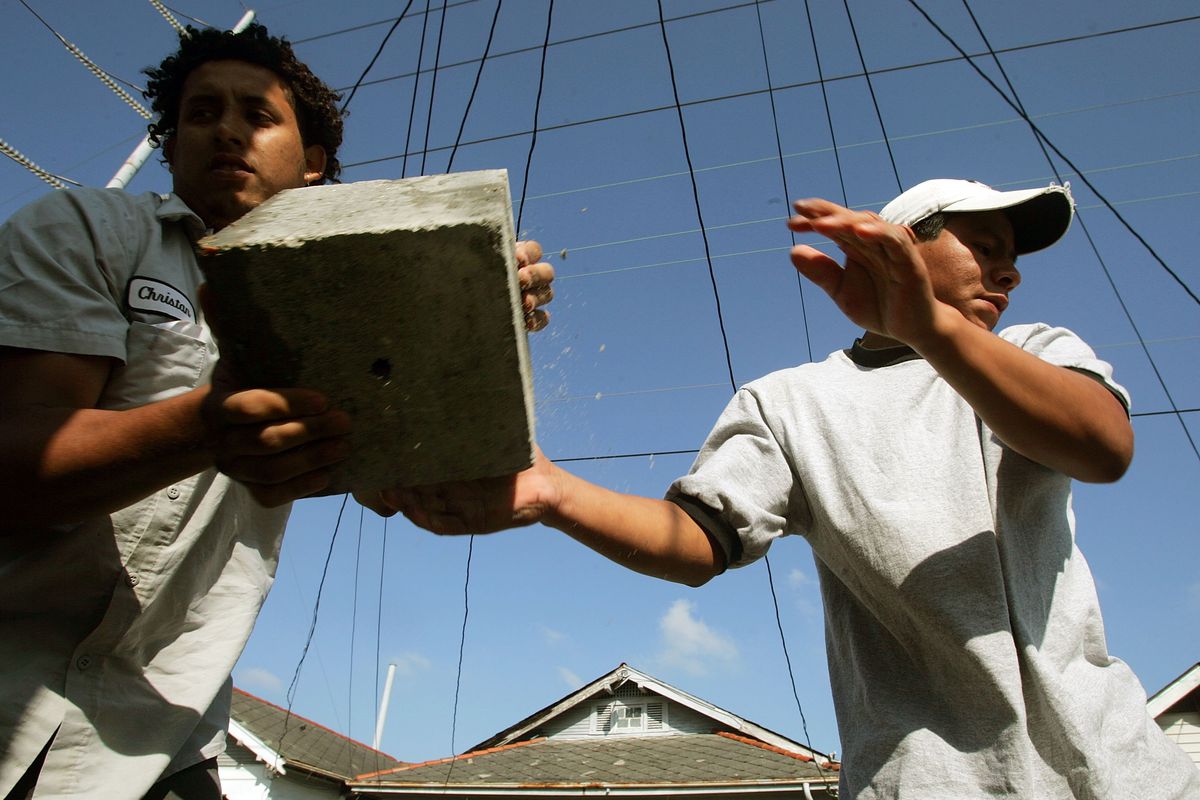 As the waters recede, Houston families and insurance agents are surveying the damage to the city: water-logged homes, ruined appliances, sagging roofs, and streets littered with debris.

Now the city faces this question: Who is going to rebuild the nation’s fourth-largest city as construction companies nationwide struggle to find workers?

Unauthorized immigrants were crucial to rebuilding New Orleans after Hurricane Katrina. And they are likely to be desperately needed as Texas rebuilds to clean streets, demolish buildings, and reconstruct homes and offices.

But it’s a hostile time to be undocumented in Texas. Even beyond the Trump administration’s harsh rhetoric and actions on immigration, Texas leaders are engaged in a crackdown on unauthorized immigrants, passing a slew of laws to make it harder for them to live and work in the state. In such an environment, these laborers might not stick around for the work that will be needed.

“This could have a chilling effect on the community,” said Laurel Fletcher, a law professor at the University of California Berkeley who studied the working conditions of laborers in New Orleans after Katrina. “A lot depends on what the climate will be like for Latinx and undocumented residents in the greater Houston area.”

Houston has a lot of rebuilding to do

The House of Representatives voted overwhelmingly Wednesday to pass an initial Harvey relief bill of $8 billion. But that’s just a fraction of the total damage, which by latest estimates could add up to $180 billion. That would be similar to impact of Hurricane Katrina, which unleashed $160 billion-worth of damage in Louisiana (adjusted for inflation).

That’s a lot of damage to undo — and right now, there aren’t enough construction workers in Texas to do it. The US unemployment rate, at 4.4 percent, is at its lowest level since the Great Recession started, and construction companies across the country have been struggling to find workers. In August, about 77 percent of US builders reported a shortage of framing crews and 61 percent faced a shortage of drywall installation workers, according tothe National Association of Home Builders.

If the story of rebuilding New Orleans after Hurricane Katrina is any indication, undocumented immigrants will be a crucial part of Houston’s recovery.

After Hurricane Katrina, President George W. Bush temporarily suspended certain labor laws, allowing contractors to hire workers without checking their legal status. The idea was to make it easy for people who lost their documents in the storm to get work — but in effect, the law also allowed companies to hire undocumented workers who didn’t have papers at all. Bush also temporarily suspended the Davis-Bacon Act, which requires federal contractors to pay workers the average wages in the area.

Undocumented laborers — mostly from Mexico and Central America — did the dirtiest jobs in rebuilding the city, making an average of about $10 an hour. They started by sweeping streets and removing moldy debris from buildings. They cleaned out rotting food from refrigerators. They put FEMA tarps on homes. They ended up removing more than 38 million cubic yards of trash and debris from the city. When reconstruction began, they were the ones installing new roofs and sheet rock on buildings.

Their study showed that American workers did more skilled work, such as the electrical and plumbing jobs. Undocumented immigrants were more likely to do more dangerous, labor-intensive work, such as laying roofs, painting homes and installing sheet rock.

Unlike Texas, Louisiana didn’t have a large number of Latino immigrants, which meant that many laborers moved to the area specifically to find work. Many ended up staying in Louisiana and starting families, even though immigration agents routinely raided their homes and businesses. It took more than 10 years for New Orleans to recover from the storm, and many neighborhoods remain vacant.

An environment ripe for exploitation

While suspending some labor laws made it easier for undocumented immigrants to find work in New Orleans, it also eventually led to widespread labor abuses.

Federal contractors found themselves in a situation where they could pay workers little money to do dangerous work with little federal oversight. The Department of Labor also temporarily lifted worksite safety enforcement actions against employers in hurricane-affected areas.

As a result, undocumented workers were far less likely to get the wages they were promised. About a third of those interviewed said that they didn’t get as much money as they expected or had problems collecting their wages. About 70 percent said they didn’t get paid overtime wages. Far fewer American workers experienced these problems.

The problem got so bad that the Southern Poverty Law Center filed three class-action lawsuits against federal contractors to recover wages for immigrant workers. Two of them were settled for more than $900,000.

Center staff spoke to more than 1,000 Gulf Coast immigrant laborers after Katrina and discovered that most of them did not get overtime pay, even though many worked up to 100 hours per week. Some said they never got paid at all.

At a congressional hearing in 2007, staff attorney Jennifer Rosenbaum said that workers who complained about wage theft were often threatened by employers, who said they would fire or deport them. Center attorneys said the Department of Labor’s office in New Orleans was desperately understaffed, and workers did little to help laborers who complained.

The situation in New Orleans highlights what could go wrong if the federal government takes a hands-off approach in rebuilding Houston.

In her research, Fletcher suggests that the federal government give temporary, expedited work permits to undocumented immigrants in disaster zones to meet labor demand. However, she adds that such authorizations must include measures that provide workers with full labor, health, and safety protections.

At the same time, federal regulators need to ensure that immigrants aren’t hired as cheap labor, says Sandra Black, a professor of labor economics at the University of Texas Austin. When demand for workers is high, then employers need to raise wages, she said.

“[Immigrants] are a big part of our labor force,” she said. “If we’re not relying on them, then it means we’re not going to get as much done.”

So far, the Trump administration has said nothing about potential labor shortages in Houston, or any actions he might take to make it easier to rebuild the city. And based on his current anti-immigrant policies, it’s unlikely that undocumented workers will get any of attention from the federal government.