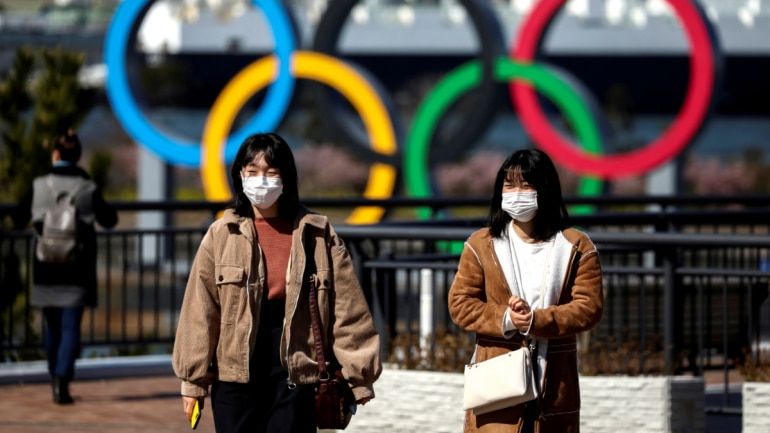 Concerns are swirling that Japan’s dream of hosting the Tokyo 2020 Olympics could be a fatality of the spread of the new coronavirus, jolting organizers, sponsors, and media firms who have spent billions of dollars in the run-up to the event.

International Olympic Committee (IOC) President Thomas Bach said late last month that the IOC was “fully committed” to holding the July 24-Aug. 9 Games on schedule and a senior Japanese official told Reuters there was no “Plan B”.

Below are the financial and economic factors at risk.

Organisers said in December the Games were expected to cost some 1.35 trillion yen ($12.35 billion), but that figure did not include an estimated three billion yen for moving the marathon and walking events from Tokyo to the northern city of Sapporo to avoid the summer heat.

Tokyo 2020’s budget is split between the organizing committee and local and national governments; the IOC contributed more than $800 million.

Organisers say the national government will have paid some 150 billion yen – mainly for funding a new National Stadium.

Japan’s Board of Audit, however, put government spending between the bid in 2013 and 2018 at 1.06 trillion yen ($9.81 billion), a discrepancy organizers attributed to differences in the definition of “Games-related” spending.

The Tokyo 2020 Olympics have generated record domestic sponsorship revenues of more than $3 billion.

That does not include partnerships with Japanese companies Toyota, Bridgestone and Panasonic, and others such as South Korea’s Samsung, who through a TOP sponsors program, have separate deals with the IOC worth hundreds of millions of dollars.

Global insurers face a hefty bill if the coronavirus forces the cancellation of the Games, with estimates of the cost of insuring the showpiece running into billions of dollars.

The IOC takes out about $800 million of protection for each Summer Games, which covers most of the roughly $1 billion investment it makes in each host city. Insurance sources estimated it would pay a premium of about 2-3%, giving a bill of up to $24 million to insure the Tokyo event.

Analysts with the financial services firm Jefferies estimate the insured cost of the 2020 Olympics at $2 billion, including TV rights and sponsorship, plus $600 million for hospitality.

NBCUniversal in December announced it had already sold more than $1 billion in advertising commitments in its planned U.S. broadcasts of the Games and was on track to surpass $1.2 billion, Variety reported. The company’s parent, Comcast, agreed to pay $4.38 billion for U.S. media rights to four Olympics from 2014 to 2020, Variety said.

Discovery Communications, the parent of television channel Eurosport, has agreed to pay 1.3 billion euros ($1.4 billion) to screen the Olympics from 2018 to 2024 across Europe.

During a recent call with investors, Gunnar Wiedenfels, Discovery’s chief financial officer, suggested a canceled Olympics was “not going to have any adverse impact on our financials”, Variety reported, adding executives said the company had insurance to safeguard its investment.

Most of the domestic spending on the Olympics has been done, so a cancellation would have minimal impact in that regard, economists said.

A Bank of Japan study in 2016 estimated Games-related spending would peak at 0.6% of gross domestic product (GDP) in 2018 and be less than 0.2% of GDP in 2020, research consultancy Capital Economics noted.

Tourism, a major contributor to recent Japanese growth, could take a hit, although economists said the greater threat was from the coronavirus spread itself.

Nomura Securities had forecast consumption of 240 billion yen from event-related tourism in 2020, which it said would evaporate if the Olympics were canceled.

But he said the chilling impact of the virus on an already struggling Japanese economy, and on global growth, if the spread did not peak, meant Japan’s GDP could show zero or even negative growth in the July-September quarter.

A failure to contain the global spread of the virus, would scupper a scenario that sees Japan’s economy posting a V-shaped recovery after two-quarters of negative growth through March, said Jesper Koll, a senior adviser at U.S. asset manager WisdomTree.