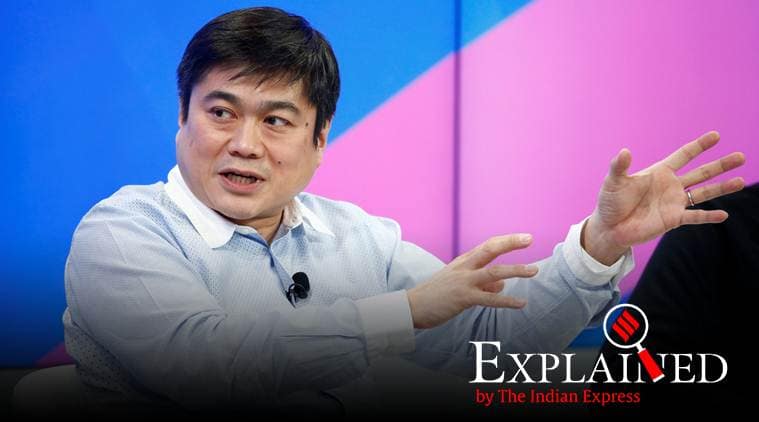 Joichi “Joi” Ito, director of MIT’s Media Lab, resigned on September 7, a day after The New Yorker blew the lid off efforts by the high-profile research hub to hide a deep fundraising relationship with Jeffrey Epstein, the financier who committed suicide in prison last month while awaiting trial for sex-trafficking.

While MIT has ordered an investigation into the institution’s ties with Epstein, the revelations in The New Yorker and The New York Times have raised questions about the ethics of accepting money for “good causes” from tainted sources and, by ignoring accusations of sexual offences against powerful men, seemingly enabling them to claw back to acceptability, even respectability.

Ito, a tech evangelist who came to head the Media Lab in 2011, has been described as a “master networker” who connected equally effectively with both idealistic students and fatcat donors. The media reports have established that he accepted money from Epstein while being fully aware of the sexual abuse charges. Ito admitted to having taken a $525,000 donation from Epstein for the Lab, and $1.2 million for his personal investment funds. The New Yorker investigation showed that the Lab got, at Epstein’s behest, gifts of $2 million from philanthropist Bill Gates, and $5.5 million from the investor Leon Black.

“The effort to conceal the lab’s contact with Epstein was so widely known that some staff in the office of the lab’s director… referred to Epstein as Voldemort or ‘he who must not be named’,” Ronan Farrow wrote in The New Yorker. Signe Swenson, who worked at the Lab between 2014 to 2016, told The New York Times that her repeated expressions of “disgust” at Epstein’s involvement “was never listened to” — and that when she pointed out that MIT had officially “disqualified” Epstein as a donor, she was told that Ito had a “relationship” with the financier.

Epstein was accused of sexually abusing scores of women and underage girls, and using some of his victims to get to more girls. He was given a favourable 18-month sentence in 2008, and arrested again on July 6 this year.

Epstein donated large sums for scientists, which made him acceptable, despite the allegations he faced, to large sections of society.

In an analysis of “Why MIT Media Lab thought it was doing right by secretly accepting Jeffrey Epstein’s money”, Vox summed up the argument that “anonymous donations from bad people are good”: “Who would you rather have $5 million: Jeffrey Epstein, or a scientist who wants to use it for research? Presumably the scientist, right?”

This argument — that “if someone is a bad person, taking their anonymous donations is actually the best thing you can do” — wasn’t totally absurd within philanthropy, the Vox explainer said.

In a post on Medium, Harvard law professor Larry Lesig said that institutions like MIT receive donations from four kinds or people or entities: (1) wealthy individuals who only do good; (2) entities like Google or Facebook, whom some love and some hate; (3) criminals, but whose wealth is not the proceeds of crime; and (4) people whose wealth clearly comes from crime.

Epstein was in the third category, Lessig said, and argued that while a great university “should say, absolutely, it won’t take money from criminals”, if it does, then those contributions should be anonymous. Because, according to Lessig, “secrecy is the only saving virtue of accepting money like this”.