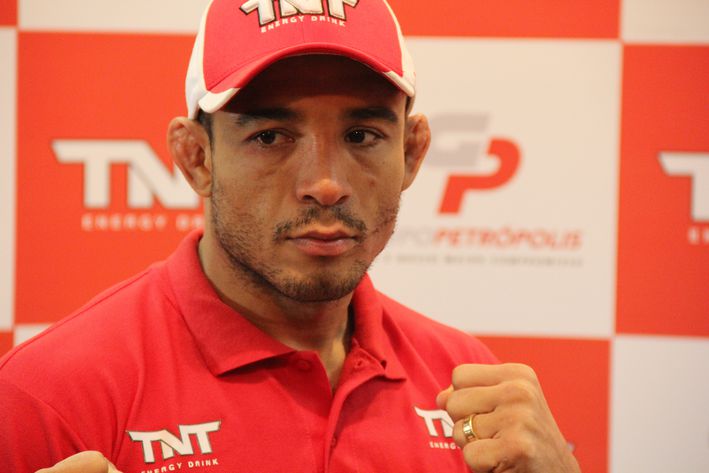 Jose Aldo will be making $40,000 per fight with UFC’s new deal with Reebok, but he’s not happy about it.

“Scarface” recently called the UFC-Reebok deal “sh-t”, and his manager Andre Pederneiras revealed that the UFC featherweight champion, who puts his title on the line July 11 against Conor McGregor, is losing a lot of money.

“Some fighters really lost a lot (of money). Aldo is losing a lot. Others aren’t, some will make money,” Pederneiras said during a press conference Tuesday at Nova Uniao. “It was not good for me. I’m looking for ways to change what we were doing for this new scenario. We have to come up with different things to continue to make (money). It was not good for us as a company, but I completely understand what they are doing.”

Pederneiras, who is also a businessman in Brazil, respects UFC’s decision, and believes that fighters who aren’t happy about it should ask for their release.

“Everybody needs to understand that the UFC is a private company,” he said. “I have my gym here and I have 300 employees. If I say all of my employees have to wear pink, they will. Who doesn’t want to, just leaves. I will say they are out. The UFC makes decisions they believe are good for the company. Right or wrong, they will know better than me, they are managing their company. They might get a year from now and say they blew it, but it’s a business decision.”

“(Reebok) money was a little over than what Venum used to pay, but with the discounts (in the United States) it would become less than what we make here,” Pederneiras explained. “Taxes here are lower. It was a business decision, and we continued with Venum.”