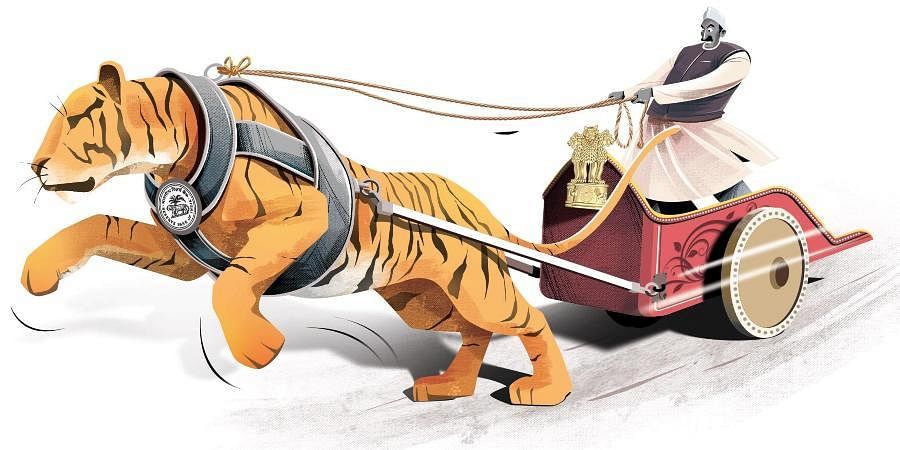 The spread of the pandemic, lockdowns and working from home means more time to step back and think. Connecting the dots is key to understanding the way your money gets affected. From a personal finance standpoint, a lot is at stake for you.

The course of government action is perhaps the most critical thing at this stage to determine the value of your future savings. You may want to start there.

The government action has to lead to a more productive utilisation of human and physical infrastructure. Businesses can feed into the demand with their products and services. However, they alone cannot induce any demand. The government would have to take steps to create that demand. A vital suggestion made by the leading opposition parties, including the Congress Party, is that for the government to deposit money directly into bank accounts of people.

There is also a demand for putting more money behind Mahatma Gandhi National Rural Employment Guarantee Scheme or MNREGA. It provides 100 days of work to those in villages. With migrant workers heading home, there could be a lot of demand for the job guarantee scheme.

Any economic package would need money. India needs at least Rs 10,00,000 crore to provide some relief to the people. However, the funds cannot be just printed as currency notes. The Indian government is staring at a record deficit due to a slump in the tax revenue.

Banks are already keeping over Rs 1,00,000 crore with the RBI at that lower rate as they have no avenues to lend. According to Rajan, these are abnormal times, and they require such measures. While some may worry that it could cause inflation, Rajan argues that such an action does not mean adding more money to the system. The government can always return that money to the RBI when things turn.

In another suggestion, Ajit Ranade, an economist, suggests unlocking value out of the public sector companies. The market value of 58 PSUs is about Rs 11,00,000 crore. The government owns at least two-thirds of the value.

The idea is for the RBI to lend money it has from the banks at the lower repo rate to the government and use the government ownership of PSUs as collateral. However, a lot depends on the path the government shows to the people on controlling expenses and privatising the public sector companies.

If all the learned people are of the view that we are in abnormal times, it may be a good idea to do what ordinary people do. Unlock value out of your assets. The Indian government owns over Rs 6,00,000 crore worth of shares in listed public sector companies even at today’s depressed stock prices. It is an excellent opportunity for India to monetise that ownership. Ideally, the entire ownership should be transferred to a sovereign wealth fund.

Whether it is done through bond purchases by the RBI or by transferring ownership of PSUs into a sovereign wealth fund, a reform here could do wonders. The government would be able to get the money it needs without disrupting the finances. Politically too, the government can justify such a move.

There is no significant risk of high consumer inflation since the demand for goods and services is low. Your fixed deposit rates are unlikely to increase.

The rate of interest on your existing floating rate loans depends on how the government funds the expenditure in these extraordinary times.

If the funding is done by expanding the fiscal deficit by borrowing more without unlocking value in assets, it would be inflationary and lead to firm borrowing rates for you. However, if the government decides to unlock value out of assets, your savings, as well as investments, would get a booster shot.