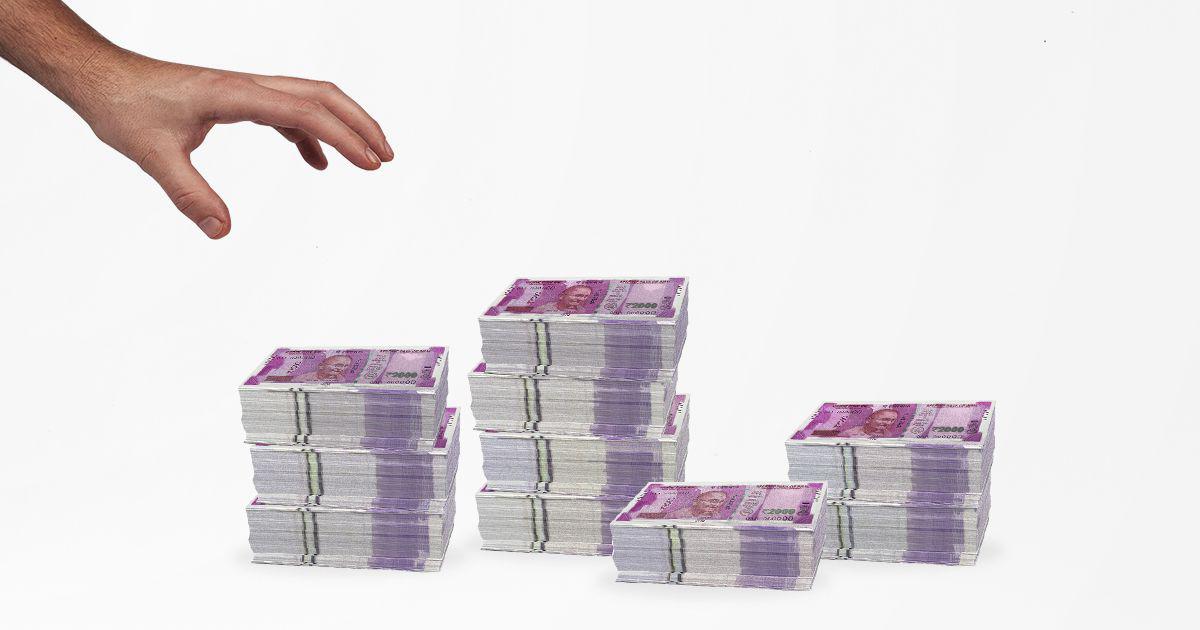 What holds the Indian Union together? There’s no single answer to this, of course: elements of the bond range from a spirit of nationalism to a shared history. Economist Lekha Chakraborty, has a staid but critical addition to this list: inter-governmental transfers under the Finance Commission.

A holdover from the Raj, India has a unique federal structure. The powerful Union government collects most of the taxes but it is the states that do most of the development work. To make this system work, India appoints Finance Commissions every five years that decides how tax revenue will be shared between the Union and the states.

While this system has worked quite well until now, under the Bharatiya Janata Party government headed by Narendra Modi, it is seeing some turbulence. In July, the Union government amended the terms of reference to the Fifteenth Finance Commission to “ensure an assured allocation of resources towards defence and internal security imperatives”.

In plain language, this would mean that the Modi government wants the states to also pay for defence. This is unprecedented – and some say illegal – given that as per the Indian Constitution, defence is solely the responsibility of the Union government.

What is driving this change? The immediate reason is obvious: the Modi government is facing an unprecedented cash crunch as the new Goods and Services Tax is failing to deliver the results and a slowdown hits the Indian economy. However, a deeper factor might be a change in the way Indian federation is constituted, with the Union government being pushed by electoral forces to deliver services that were seen to be in the domain of the states by the framers of the Constitution.

The Modi government’s move to carve out a specific allocation for defence met with almost universal condemnation from public finance experts.

“It is for the [Finance] Commission to decide what it will do but under the Indian Constitution, defence comes completely under the Union government since it is a national public good,” explained Manish Gupta, assistant professor at the National Institute of Public Finance and Policy in Delhi. “So in my opinion, it would be flawed to make the states pay for it.”

In an article in the Indian Express, M Govind Rao, an advisor to the Centre for Public Policy at the Indian Institute of Management in Bangalore, pointed out that the Finance Commission already takes into account the specific responsibilities of Centre and state governments in its calculations. “Thus, once the commission makes recommendations after assessing the requirements including those for defence, the responsibility for defraying the expense falls on the Centre,” he explained. “The states simply do not have the resources to spend beyond the subjects in their domain because the Finance Commission will not provide for it in its assessment.”

Lekha Chakraborty, professor at the National Institute of Public Finance and Policy in Delhi, argued that it was a misuse of the powers of the Union government to amend the terms of reference, or the broad guidelines under which the commission worked, in such a partisan manner. “Not only the Union government, every state government has developmental aspirations and specific needs,” argued Chakraborty. “It was improper to include this in the terms of reference.”

She added: “Given its shrinking fiscal space, if the Union government felt it needed a larger allocation for financing a pure public good like defence, it should have included it in a memo.”

There has been little communication from the Modi government on why such a significant change was sought to be included in the Fifteenth Finance Commission. The closest we have to an explanation is an argument offered by Bibek Debroy, the chairman of the Economic Advisory Council to the prime minister, in a column in the Indian Express. He contended that since the Union government contributes funds to state subjects, it was only fair that money flowed the other way too. “If the Union government should contribute for health because it is nationally important, why should states not contribute for defence?” asked Debroy.

While the Indian Constitution allocates specific areas of responsibility for the states and the Union, it also makes a provision for each tier of government to make monetary grants even in an area that does not concern it. This provision has been used by the Union government to set up a basket of programmes called the Centrally Sponsored Schemes. These schemes function in areas that are the preserve of the states. But the cost is shared by the Centre and the states. An example of this is the Ayushman Bharat programme launched by the Modi government in 2018, which deals with public health, an area included in the state list.

However, most public finance experts disagree with Debroy’s comparison.

Rather than look at Centrally Sponsored Schemes as the Centre doing the work of the states, it would be more instructive to look at the schemes as trying to fulfill national priorities and maintaining a minimum standard of living across states.

“The CSSs [Centrally Sponsored Schemes], remember, are co-funded by states,” said Manish Gupta, assistant professor at the National Institute of Public Finance and Policy in Delhi. “However, since the Centre spends on state subjects, it cannot use this argument to get states to pay for defence. Defence is a public good and is in the Union list. The Centre should pay for defence.”

Lekha Chakraborty argued that far from being used as quid pro quo to justify a demand to pay for defence, Centrally Sponsored Schemes are often a liability for states. “Centrally Sponsored Schemes are planned and initiated by the Centre with no consultation with the states,” she said. “It is a conflict between Article 282 [which allows the Centre to give grants in state subject areas] and Schedule Seven of the Constitution [which carves out subjects for states and Centre]. As a result, these schemes are a financial burden to most states.”

Rather than using Centrally Sponsored Schemes to justify further distorting the federal fiscal framework, the concept itself might need a hard relook. “The one-size-fits-all model of the CSSs [Centrally Sponsored Schemes] will not work in a vast country like India,” Chakraborty argued. “So to use the CSSs to justify state spending on defence does not make sense. Two wrongs do not make a right.”

Chakraborty’s argument is backed up by the states’ own submissions in previous Finance Commissions. Far from seeing Centrally-sponsored schemes as a favour from New Delhi, the states saw them as a burden. Abhijit Sen, a member of the previous Finance Commission recounted that “although they [states] wanted more money from the Centre, they were even more interested in being able to spend whatever they got in a manner of their choice rather than being tied to Centrally designed schemes”.

Rather than any give-and-take with respect to the Centrally Sponsored Schemes, a simpler explanation might present itself for why the Centre wants states to pitch in financially for its share of the work: the Modi government is crunched for cash.

“The Central government has been fiscally very constrained,” explained Rathin Roy, Director of the National Institute of Public Finance and Policy. “At the same time, driven by political pressure from voters, it is spending on things that are the fiscal responsibility of the states.”

Roy describes a trend that began in the first United Progressive Alliance government, where Indian economic policy goals have tended towards the delivery of public goods like health and education.

Given this shift, while the Union government has sole responsibility for defence, defence spending will not win the party controlling the Centre an election. This incentivises the Union government to directly enter subjects reserved for the states in order to deliver welfare benefits.

Roy’s point is backed up by the data. Even as the Union government’s spending on defence as a percentage of its expenditure has been falling over the past two decades, its spending on state and concurrent subjects (a domain shared between the Union and the states) has been growing since 2004.

These fiscal changes were mirrored both politically as well as administratively. For one, notes Yamini Aiyar, president of the Centre for Policy Research think tank, the 2019 election saw workers of the ruling Bharatiya Janata Party mobilise to convince voters that the benefits they were receiving were to be credited to Prime Minister Modi. Aiyar also points out that going against federal practice, many schemes were directly monitored by the Union government. In 2017, for instance, Prime Minister Narendra Modi spoke directly to district magistrates across the country in a video conference, in spite of the fact that they actually report to the state government. Another project, called “Aspirational Districts”, was launched by the Modi government in 2018 and was designed to allow the Union government to directly monitor welfare work in select districts.

This pivot of the Union government towards welfare seems to have worked, at least politically. Jyoti Mishra and Vibha Attri, researchers at the think tank Lokniti-CSDS found that in 2014, most people credited Centrally Sponsored Schemes launched by the United Progressive Alliance-run Union government to their respective state administrations. However, in 2019, “people primarily gave credit to the Centre”.

Given that electoral forces are pushing the Union government towards spending in the domain of the states and the Centre is facing a cash crunch due to an underperforming GST, the Modi government is now looking to the Finance Commission to force the states to pick up part of its tab for defence. Whatever be the final outcome, this tussle signals a major change in how Indian federalism functions.