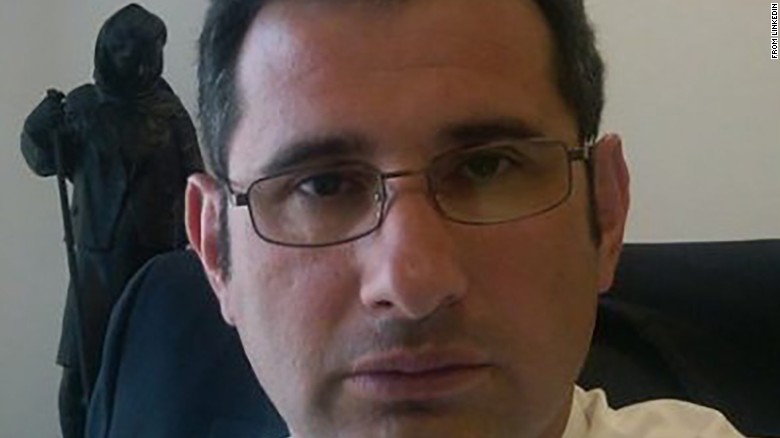 Washington (CNN)A Government Accountability Office report published in 2000 details how companies in the US set up bank accounts that came under investigation for money laundering — and it involved Ike Kaveladze, the eighth person who has now been identified as attending the June 9, 2016 meeting that Donald Trump Jr., his brother-in-law Jared Kushner and then-Trump campaign chairman Paul Manafort had with a Russian lawyer.

The GAO report published in October 2000 outlined how companies opened 236 accounts at two banks through which more than $1.4 billion was deposited between 1991 and 2000. It found the accounts had been opened for corporations tied to Russian brokers. The GAO did not name Kaveladze in the report.
According to a November 2000 report in the New York Times, Kaveladze opened the accounts. He told the Times at the time that the GAO investigation was a “witch hunt” and denied he engaged in any wrongdoing. He was never charged with any crimes.
In a statement posted to his Facebook page on Tuesday night, former Democratic Sen. Carl Levin of Michigan said Kaveladze established companies and set up bank accounts that came under congressional investigation for possible money laundering.
Levin said that while serving as the senior Democrat on the Permanent Subcommittee on Investigations, he learned in the year 2000 that Kaveladze, the eighth person identified as being present at the meeting at Trump Tower, established “some 2,000” US corporations and bank accounts on “behalf of people in Russia.”
“The owners of those accounts then moved some $1.4 billion through those accounts,” he wrote in the post. “Kaveladze claimed he did all this without knowing for whom he was doing it.”
He called Kaveladze the “poster child of this practice.”
“Based on the example of Kaveladze, who was in a sense the poster child of this practice, and other examples we uncovered over the years, we’ve been trying for decades to end the hidden ownership of American corporations,” he wrote.
Levin also explained that many states in the US — Delaware being a “popular one” — allow people to set up companies without having to disclose ownership, nor were banks required to know the true owner of the account at the time.
Kaveladze’s attorney Scott Balber told CNN’s Erin Burnett on “Outfront” on Tuesday night that what his client did was “absolutely, unequivocally legal.”
“There was never any allegation of him engaged in any criminal activity, was certainly not charged with anything criminal or regulatory, and did absolutely nothing wrong,” he said. “He has never been implicated in any wrongdoing whatsoever.”
Kaveladze is a senior vice president at Crocus Group, the real estate development company run by Azerbaijani-Russian oligarch Aras Agalarov, according to Kaveladze’s LinkedIn. The June 9, 2016 meeting was set up by Rob Goldstone, who acts as a publicist for Agalarov’s son, a musician.
Kaveladze’s identity was confirmed by Balber.
His personal website says he “holds responsibility for multiple elements of the company’s Russian development project.”
Balber said Kaveladze is a long-time US citizen who speaks fluent Russian and has “never had any engagement with the Russian government in any capacity.”
[Source:-CNN]