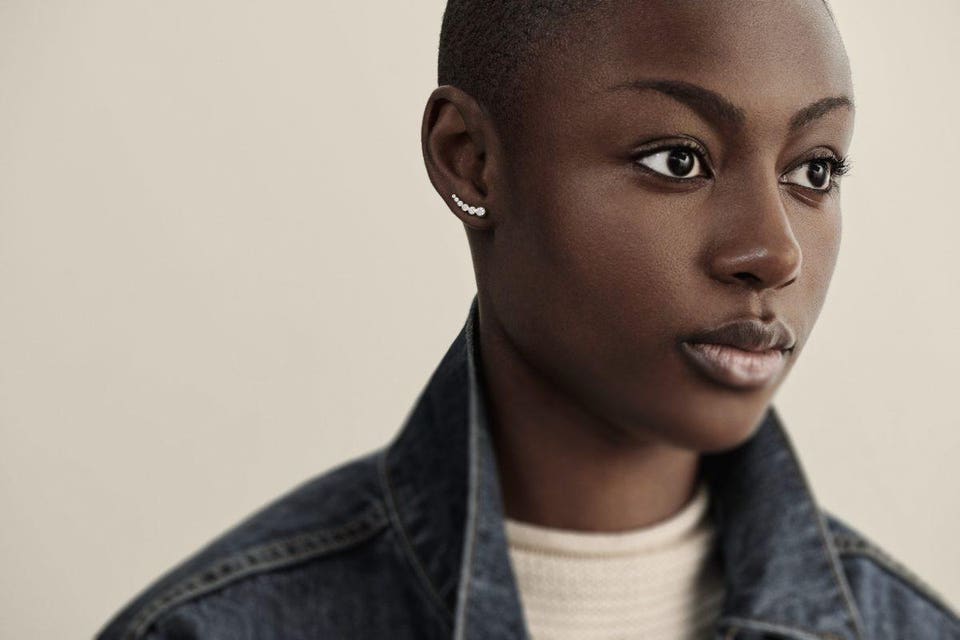 The Diamond Producers Association has just launched a new campaign to help jewelers tap the other half of the potential diamond market—women.

The campaign, entitled “For Me, From Me,” is designed to add extra juice to what the DPA calls the industry’s “strongest growth engine,” self-purchasing women. Today women’s self-purchases represent about one-third of all U.S. diamond jewelry sales , which De Beers reports is a $43 billion market.

“DPA’s qualitative research conducted in 2018 helped uncover why women consider natural diamonds the ultimate self-luxury: they can be worn every day with any outfit, they last a lifetime and can be passed down, and they are a good investment because they retain their value,” said Kristina Buckley Kayel, managing director of North America for the DPA, in a statement.

“Our latest campaign celebrates the distinct pride and joy women feel in purchasing a diamond for themselves, a celebration of self that is beautifully embodied by the enduring qualities of a natural diamond. It’s timely for the diamond industry to acknowledge the different needs and mindset of the female self-purchaser and position itself to optimally service her,” she continued. 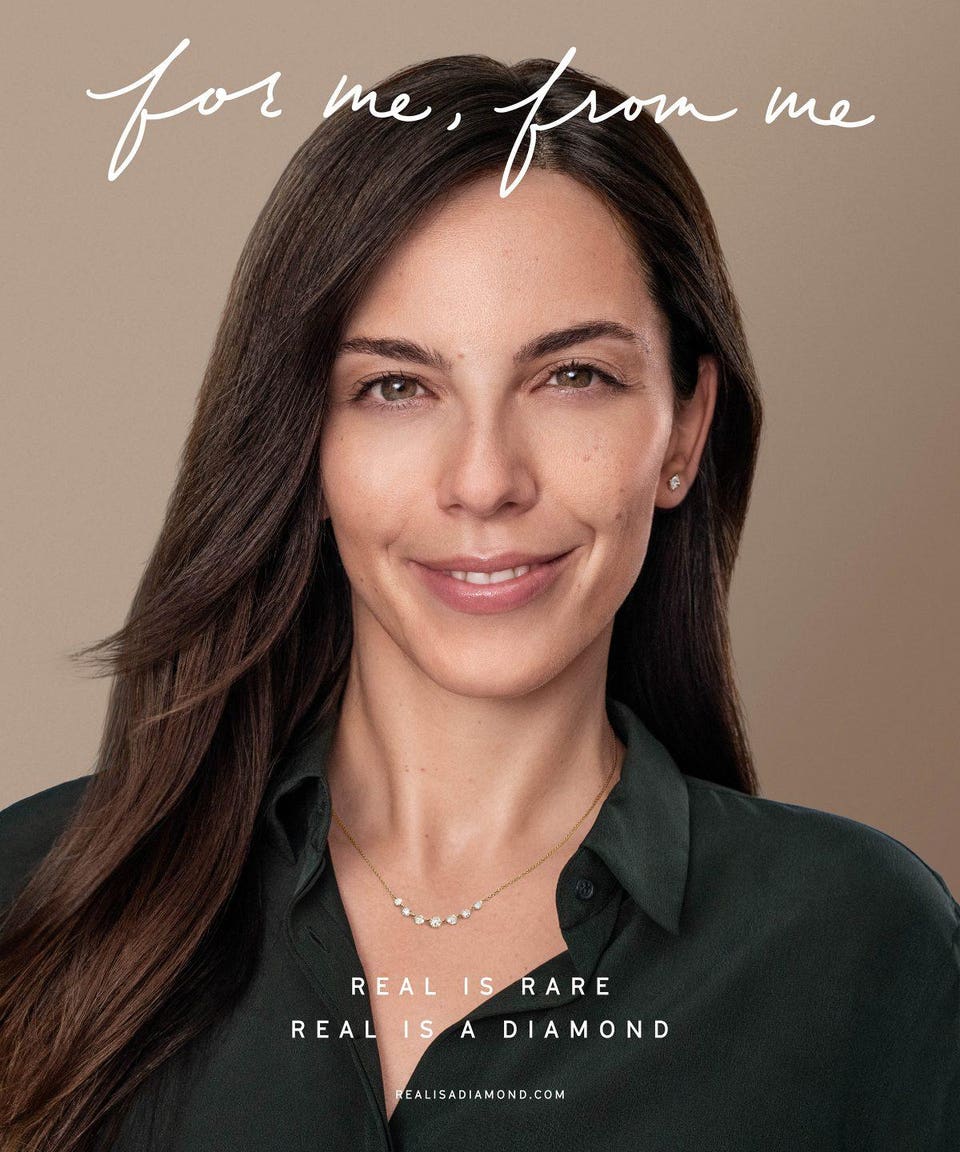 For Me, From Me ad with natural-diamond necklace by Jade TrauDIAMOND PRODUCERS ASSOCIATION

With the campaign focused specifically on the needs of retailers, the DPA is enrolling leading retailers now to begin using the program’s assets, which include videos, media campaign, social media content to share, in-store materials and sales training modules.

All of which begs the question: Do jewelers need help selling diamonds to women? Ben Janowski, who advises retailers, manufacturers and organizations in the gem and jewelry markets, doesn’t think so. “Not the good ones,” he quips.

“No good jewelry retailer is going to sleep on this concept. Sure, stores need help in terms of displays, promotional materials and internet resources, but retailers are doing all they can to move diamonds,” Janowski adds.

Women haven’t been sitting on their hands either regarding diamonds. Research among millennial women conducted by MVI Marketing found that diamond jewelry was their number one choice for jewelry self-purchase, with 51% of women reporting they purchase jewelry for themselves.

The number one reason why they purchase is interesting too: “Because I want something specific and can get exactly what I want.”

This was where I found flaws in the “For Me, From Me” concept. Do women really need advertising and marketing to remind her or give her permission to buy what she wants anyway? My instinct was the program was more condescending than inspiring to women.

Noted authority on marketing to women and author of the so-named book, Marti Barletta disagreed. “I quite like the campaign,” she told me.

“I agree that it is telling women or giving them permission to buy diamonds for themselves, but I think that’s a good strategy for them. To me the ads, but most especially the videos, are inspiring by telling the stories of women who are super-relatable about why they bought their piece of jewelry at the time,” she continues.

However, Barletta thinks the three reasons DPA is building its case for women to buy diamonds–wear with anything, durable over a lifetime and as a legacy–are more left-brain practical reasons to justify making such an expensive purchase.

Rather, she suggests the program would do better if it helped women emotionally overcome barriers to making such an expensive purchase for herself.

“Women tend to have a feeling that they shouldn’t spend so much on themselves. This is a common attitude among women–my wants come last–and the key reason I have no problem with the giving-permission aspects of a campaign like this,” Barletta says.

MVI Marketing’s Liz Chatelain, who headed up the latest research on self-purchasing women, also thinks the “For Me, From Me” message is on-point. “Spending a lot of money on just yourself is still a message that women should hear.”

On the other hand, Marty Hurwitz, who works with Chatelain, is more skeptical. “It’s a bit self-serving and preachy for DPA to give women permission. They still sound–and maybe still are–old, rich white men telling females what to buy.”

Ultimately women are going to decide whether the new DPA programs talks to them with their pocketbooks. Janowski knows that a lot is riding on it for DPA and the jewelry industry it represents.

“Going forward 20 years, the business of mining diamonds is going to peter out, as compared with the historical business. What they are doing now is trying to keep this animal alive anyway they can, as long as they can,” he believes.

“As for this campaign, it is a ho-hum idea,” Janowski continues. But he thinks, it may do better than the right-hand ring campaign De Beers launched in 2004 toward women self-purchase, because it shows a broader selection of diamond jewelry, including earrings (which 50% of millennial women are very likely to buy for themselves) and necklaces (41%) which women are more likely to buy for themselves as compared with rings (33%).

Ultimately for those retailers and companies dependent on moving these rocks, every little bit helps. “ There are only six ways to acquire diamond jewelry– gift, self-purchase, inherit, make, find or steal – and the last three account for less than 1.5%,” Chatelain adds.