When Jacques Cartier opened his London Cartier branch in 1906, he instantly became dazzled by what he dubbed the “jewel in the British Crown”: India. Inspired by the country’s colourful heritage, Cartier discovered the British colony had a wealth of incredible gemstones, drawing inspiration from the exotic jewels that evoked Indian decorative art eventually led to the emergence of the 1920s signature style- Tutti Frutti. (Cartier, 2015).

This trend based on ruby-beaded tassels, carved emeralds and bindi-style ruby drops was born during the roaring twenties, a pivotal time of great social change.(The Finer Times, 2015) The first brand to reinterpret the Indian art-deco style was Cartier, highlighting its beauty to the western world, the styles fierce exoticism became an enchanting success overnight. (Vogue, 2015)

The aesthetics of the exotic East proved to have an air of alluring mystery surrounding its accessories. (Vogue, 2015) This season has seen a resurgence of Indian inspired jewels, revolutionising this unique style with a modern twist is Mumbai based brand Begada. Described in three illuminating words by their head designer Bhavin Ghada as;

The half Indian, half Brit has successfully complied a collection of timeless, elegant pieces that shimmer with colourful exuberance. His innovative indo-western fusion, based on ancient cultural tradition and contemporary classics has produced an array of intricate designs that sizzle with the piquant flavour of the East.

Speaking exclusively to Hausie, head designer Bhavin Gada guides us through the mystical haze that is the Tutti Frutti style. Providing us with a dazzling insight into his inspirations and radiant world of cultural creativity.

Raised in a multi-cultural household, with a British mother and Indian father, Gada feels passionate about exploring new boundaries and experimenting with design. Embracing the fascinating heritage of India, a land still conditioned with rituals and ancient craft combined with the British cultural structure, this exquisite collection reflects the synonymous attributes of beauty, elegance, exclusivity and art. The Mumbai based designer reveals his collection features;

“Statement to minimalist pieces that are so feminine it can make a woman of any age look edgy, bold and super confident over a minimal dressing.”

A Begada lady appears fresh and chic with her statement piece. Although the “Tutti Frutti” continues to evolve, the style will remain eternally elegant with the array of classic and elegant designs. The items are timeless, they can be worn for years to come and treasured for the next generation. This exquisite collection fuses the ancient Indian artistic methods with modern design, utilising a blend of various unusual elements such as the shapes and cuts of vintage Chandelier crystal parts. 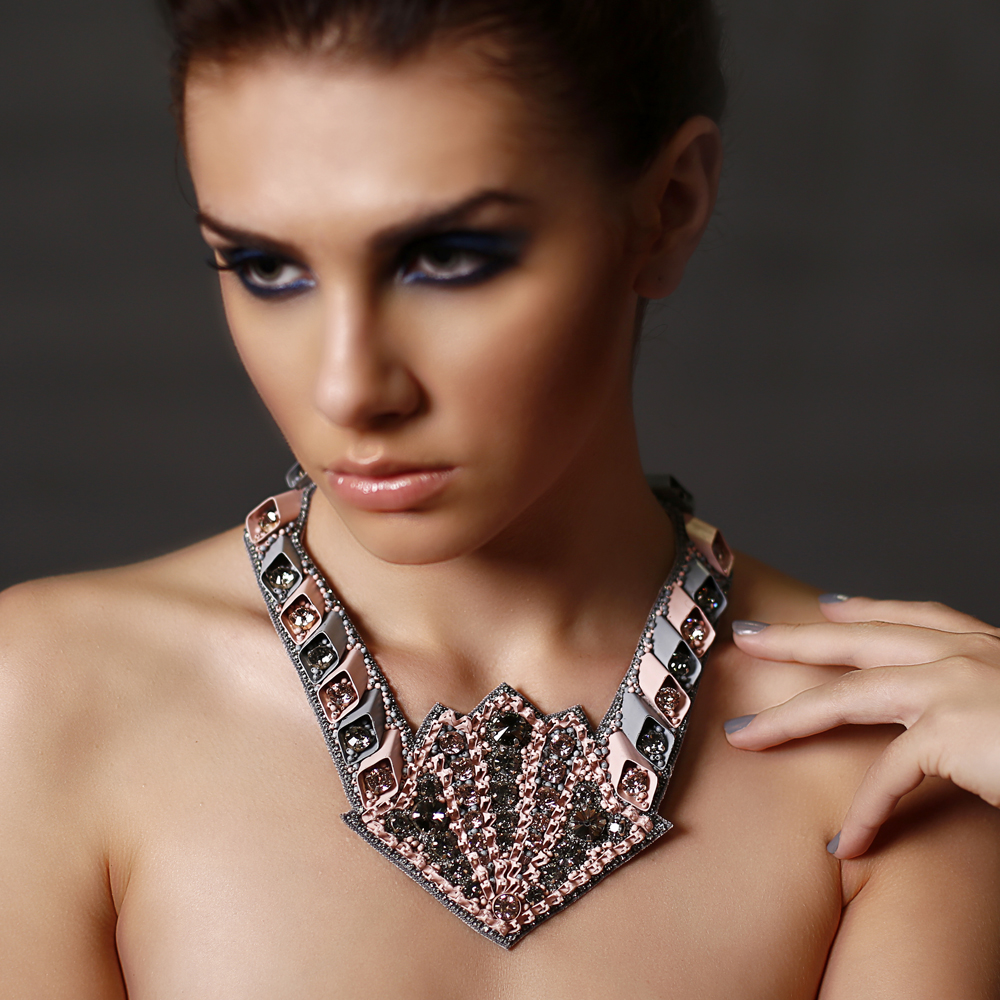 The designer believes he is willing to experiment more with fusion and explore new dimensions due to his exposure to two different cultures;

“It seems to me that the life I have witnessed till now was meant to highly influence my designs.”

Surrounded by creativity, Gada derived great knowledge and skill from his family business due to their involvement in creating and exporting high quality glass beads to reputed fashion designers. He relays his initial artistic curiosity, as his eagerness to learn how the drawings were constructed to prepare moulds and the technique of melting glass from the furnace to shape into beads. Along with the creative exposure, Gada was given great freedom by his parents which was envied by his peers, the designer states;

“I would say my major influences and inspirations are my parents.”

Along with a creative up-bringing in India, Gada was also greatly inspired by the British cultural influence. His ideas marble from London’s erratic street fashion to its liberal underground music scene, as a passionate enthusiasts of music the creative designer states he would often wear his Walkman to bed. Although inclined to experiment with his vast cultural domain, the designer states he does not adhere to trends however he is eternally inspired and creative; 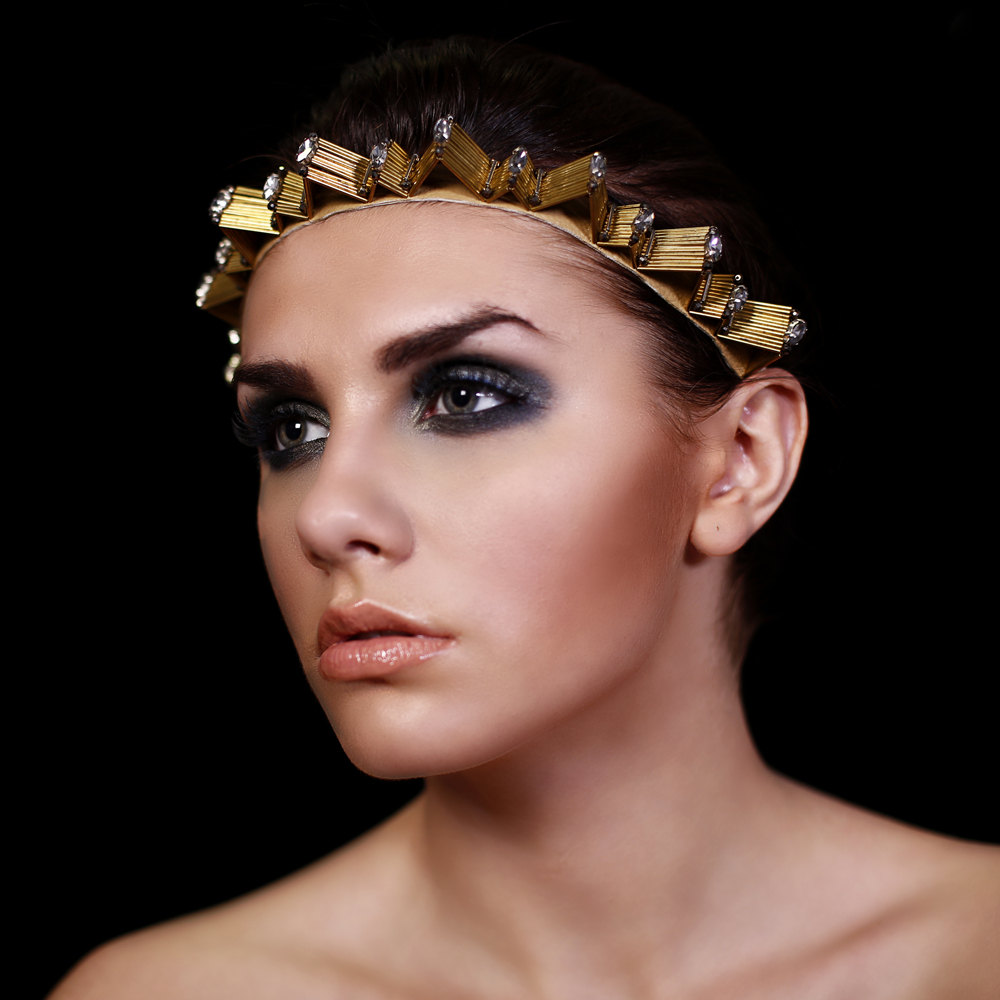 “Creativity is something which you can dream in the middle of the night, so I always keep my sketch book next to me.”

The essence of the brand is to create exquisite delicate embellished pieces, showcasing the breathtaking embroidery and the hand made efforts from the Mumbai studio. The collection encompasses an array of startling colour combinations in the form of tasseled earrings, headbands, cuffs and necklaces. The items don’t only appear lavish on ones skin but are incredibly light and smooth, due to their luxe leather backing ensuring all pieces are allergy free in comparison to metal jewellery.

The mysterious allure of Indian exoticism, combined with the Begada contemporary twist continues to amaze and fuel our love affair with India’s artisan handiwork. The Begada collection of unique, timeless pieces are desirable treasures for the jewellery box of women of all ages and cultures. Its unique multi-cultural blend and avant-garde essence is nothing short of enchanting, reinforcing this captivating signature style as a timeless classic.