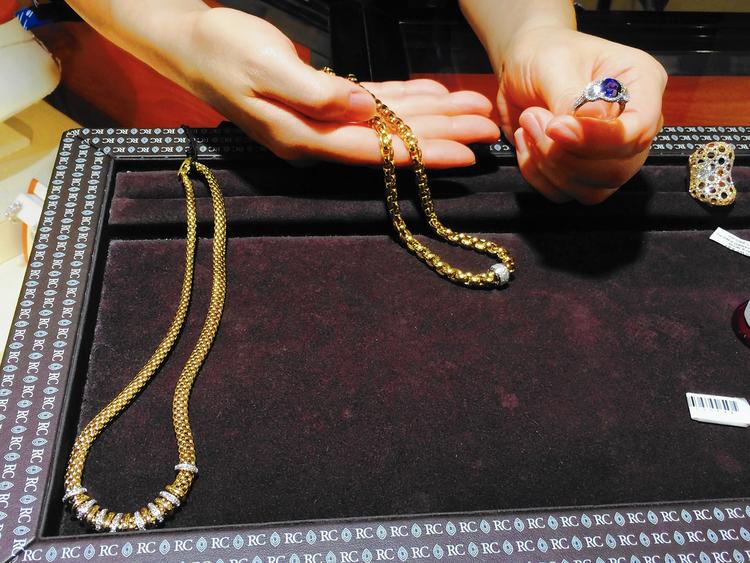 Mia Lee San Diego spent some time in the restaurant business and never gave much thought to selling fine jewelry until someone popped the idea into her head.

Now that she’s spent two decades in the business, San Diego and her husband, Gary San Diego, will bring Mia’s Fine Jewelry from Des Plaines to Deerfield Square next month in time for Black Friday and the holiday season.

“A lot of our customers live in Highland Park, Bannockburn, Riverwoods, Lake Forest and Deerfield,” Gary said. “Deerfield Square is a very good fit for us.”

“I feel like I’m coming home where I belong,” Mia added about the Deerfield Square location.

The store has made a business selling pieces created by companies such as JB Star, Freida Rothman, Christopher Designs, Verragio engagement rings and more. Mia, a Barrington resident with her husband, said she knew little about jewelry 20 years ago but had a dream of owning her own business. A trusted friend suggested jewelry.

Mia said she applied for a job at Bailey, Banks & Biddle in Northbrook Court and landed the position. She was a fast success, the couple says.

“I became their top salesperson,” Mia said. She says she was recruited by C.D. Peacock and also rose to become a top-seller.

Staying at C.D. Peacock for eight years, Mia San Diego learned the ins and outs of fine jewelry but the dream of owning her own stayed with her too. She said by 2005, it was time to make a move.

Gary, a finance professional, said with the record his wife developed they were able to get the needed lines to make the business flourish.

“Even if you have the money to buy doesn’t mean they will sell to you,” Gary said. “They have to know you have the background and know what you’re doing.”

“They knew my reputation,” Mia said. “When I decided to open my own business I called them and told them I was opening a store.”

For Mia it is not about selling jewelry but developing relationships, she said.

“I sell my honesty and my kindness,” Mia said.

She said much of her business comes from repeat customers and word of mouth. That’s why she thinks her clientele will follow her to Deerfield.

At the new store, there will be some new lines for customers to peruse. Gary gave one hint.

“We hope to add watches (again),” he said referring to Mia’s decision to stop selling Cartier a few years ago.

While Gary said Black Friday is not that germane to their business he is hopeful there will be traffic from shoppers checking the new store out while buying at other places.

“We’re not about doing sales then,” Gary said.

Mia said there will be bargains starting on opening day on pieces created by Tacori. She said she has a lot of inventory and will be offering customers a good price.