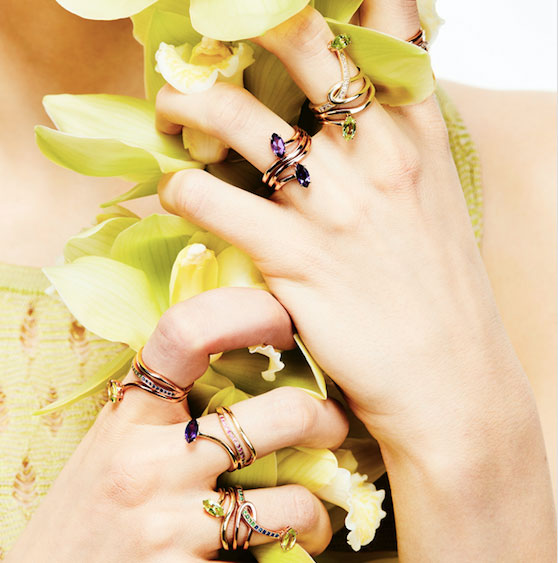 Knowing that jewelry designer Bea Bongiasca is from Milan, received her Bachelor of Arts degree in jewelry design from London’s prestigious Central Saint Martins, and launched her first line—an ode to a grain of rice—only about a year after graduating, immediately puts her rather outré You’re So Vine collection into context. 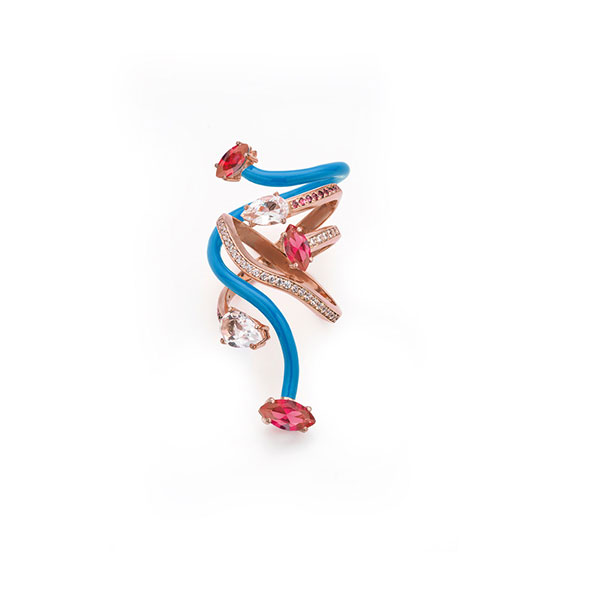 The colorful pieces point to a kind of 21stcentury pop artistry, one that’s equal parts witty, quirky, and urbane, and if you don’t “get it” right away, the designs become more digestible when you consider the creator’s European background and high-level training. 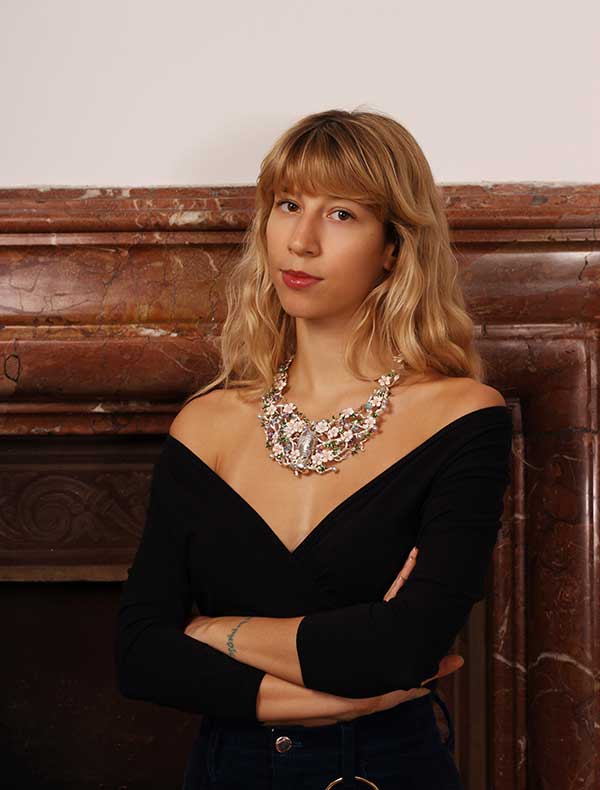 The cornerstone of You’re So Vine is its unconventional use of enamel. By working strands of enamel into wayward, vine-like tendrils and coils, Bongiasca has transformed the traditional decoration into something sculptural and organic. And she’s 100 percent on-trend. 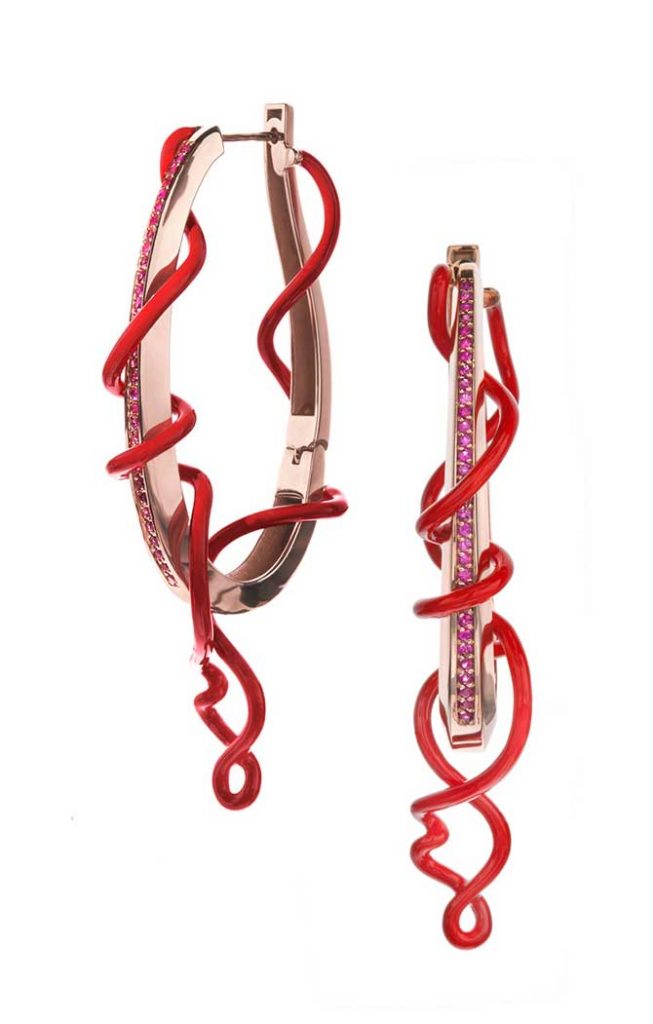 “Each piece functions as a miniature fantasy world for the wearers to immerse themselves in,” says Bongiasca. “The enamel vines give the jewelry a kinetic movement and a bold look.”

The collection is handcrafted in Italy, where we first spotted Bongiasca’s work at Vicenza Oro. But instead of working with a design manufacture in one of the country’s “jewelry cities” ( i.e., Valenza, Vicenza, and Arezzo), Bongiasca chose a small factory in a town called Pesaro on the Adriatic coast. “I chose to produce the line here because the owner is always looking for new techniques and ways of creating jewelry, much like myself,” she says. “As a young designer it is important to work with people who share your way of thinking and are open to being creative.”

Meanwhile, Bongiasca works out of a studio overlooking the Parco Sempione in Milan. “I’m inspired by what surrounds me, so whether I’m in Milan or traveling, I am very observant,” she says. When she’s in a foreign land, she tries to absorb the region’s design vocabulary and then incorporates that knowledge into the signatures of her own aesthetic.

While select pieces from previous collections have been sold online (Yoox, Moda Operandi) and through a small handful of U.S. retailers, Bongiasca plans to position You’re So Vine as her brand’s official entreé into the U.S. market.

“I find that unlike in many other countries, American retailers and clients are incredibly knowledgeable about jewelry,” says Bongiasca. “The U.S. is very receptive to newness.”

See more from the You’re So Vine collection below. 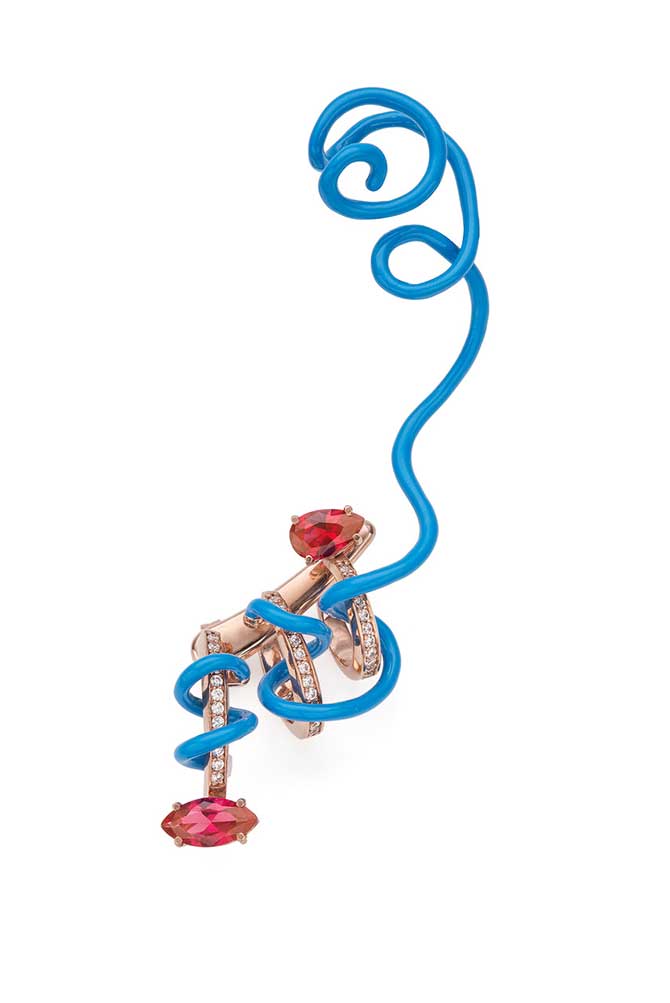 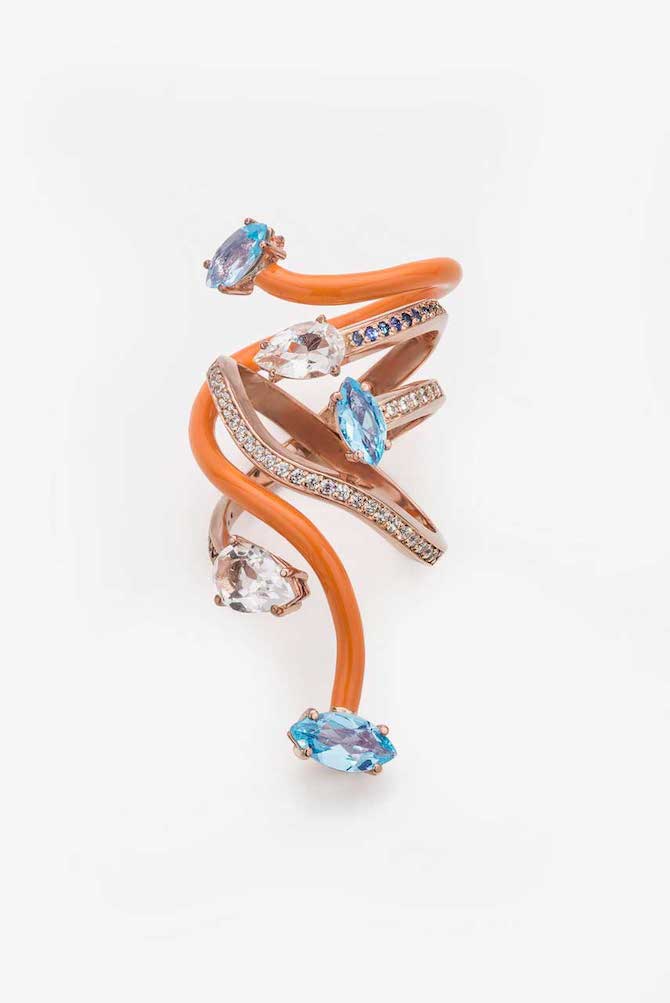 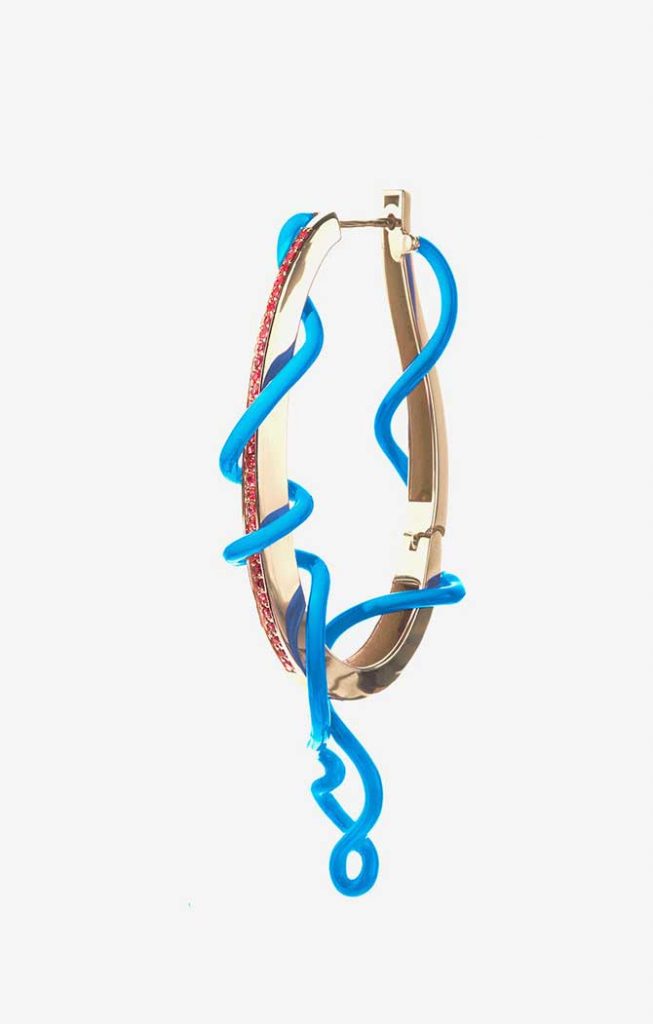 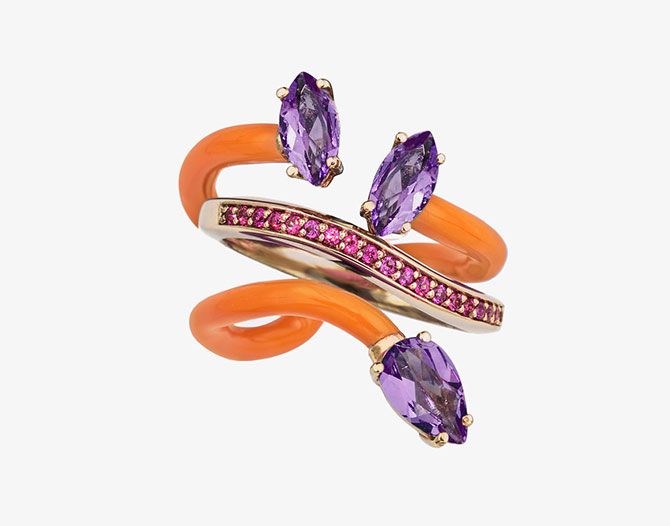