The GIA has again been thrown into the spotlight, this time with news that a business was reportedly offering synthetic diamonds accompanied by GIA natural diamond certificates.

It is believed synthetic diamond supplier International Trading Corporation (ITC) was trading the diamonds via online retailer Alibaba. ITC was subsequently blacklisted and removed from the e-commerce website on 17 February, according to Times of India.

Chaim Even-Zohar, editor of trade publication Diamond Intelligence Briefs (DIB), brought the company’s fraudulent conduct to the industry’s attention after publishing a report – released on 15 February and subsequently republished by The Diamond Loupe – that detailed DIB’s investigation into the suspect supplier.

DIB was prompted to action after receiving an Alibaba ‘trade alert’ email announcing that a ‘CVD [chemical vapour deposition] lab-grown diamonds with GIA natural diamond certificate’ offer was ‘top product’ of the week. It is believed the email was sent to more than 400 million potential diamond buyers. 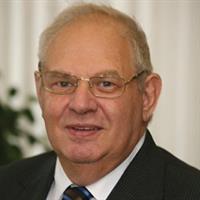 ITC reportedly made claims on Alibaba that it could supply 10,000 carats of GIA-certified CVD diamonds. In addition, DIB reported that the diamond company’s website stated: “Some of the CVD diamonds when sent to laboratories get passed as natural diamonds, and hence they can be provided with GIA natural diamond certificates.”

It appears this information has since been removed from ITC’s website.

Jeweller also found a cached page indicating the ITC website previously included a webpage entitled ‘Certified Diamonds’, which read: “We offer wide range of certified diamonds. Currently we are holding a stock of more than 25,000 IGI and GIA certified diamonds.”

This, too, has been removed from the business’ website.

At the time of writing, ITC’s website stated that all synthetic diamonds over 1 carat would come with “the original Blue Card Certificate from CobLabs HongKong Limited”.

CobLabs is cited on ITC’s website as being the supplier’s synthetic diamond manufacturer; however, DIB claimed the company did not exist.

Nature of the fraud

At the time the DIB report was written, GIA senior vice president Tom Moses was quoted as saying the GIA would “immediately investigate this fraudulent use of our certificates”. 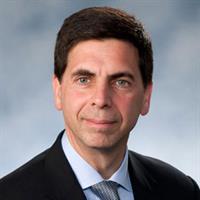 The DIB report speculated the CVD diamonds were fraudulently inscribed with report numbers from GIA diamond certificates, with the stone cut and polished to meet the documentation’s specifications.

Moses told DIB that for some time, he had also been aware of an “active trade” of GIA certificates, independent of their corresponding diamonds.

The DIB report suggested another possibility was that counterfeit certificates were being printed.

“If, out in the market, there are thousands or tens of thousands of synthetic diamonds inscribed with GIA certificate numbers corresponding to genuine GIA natural diamond reports … [it] wouldn’t only be ‘the beginning of the end’ of trust in both diamonds and diamond traders, but also catastrophic for the GIA and its reputation,” the report stated.

A GIA spokesperson confirmed to Jeweller that the organisation was investigating the possible fraudulent use of its diamond grading certificates and that it had “informed the appropriate law enforcement agencies”.

“GIA is very concerned about the possibility that our diamond grading reports issued for natural stones are being fraudulently used with synthetic diamonds,” the spokesperson stated.

“GIA can detect all synthetic diamonds produced by the HPHT [high pressure, high temperature] and CVD methods. Every diamond submitted to GIA for grading is screened to determine if it is natural or synthetic, or if it is treated.”

The DIB and the World Federation of Diamond Bourses (WFDB) published lists of GIA certificates that had potentially been compromised and urged anyone in possession of these stones to contact Moses directly.

The GIA is still investigating a separate matter involving the fraudulent alteration of more than 1,000 GIA diamond grading reports.