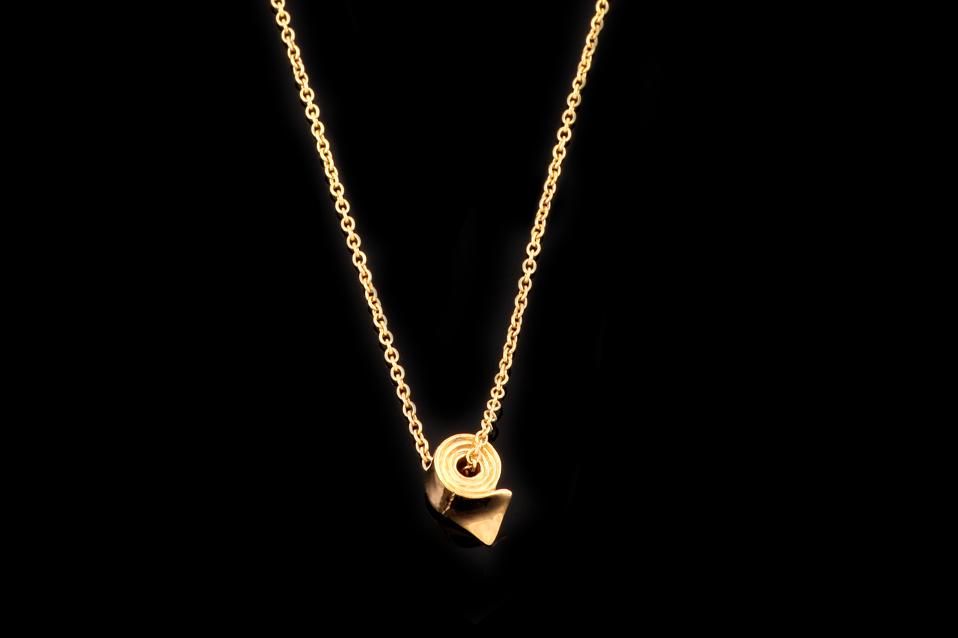 Probably the last thing we want to remember about the COVID-19 quarantine is the panic buying, notably, hoarding toilet paper. While it has been a joke for months, it has recently become high culture, as well.

One German jeweler based in Hamburg, Jonathan Johnson, has designed a necklace he calls a toilet-roll shaped pendant dubbed “the deluxe toilet roll chain.” It’s selling on his website for $75, and each necklace is made from gold-plated sterling silver. From each sale, 20% goes to a local homeless nonprofit called Arzt Mobil Hamburg.

More than anything else, Johnson wanted to tap into something so common, and yet rare. “When the coronacrisis hit, you could see on TV how people jumped on toilet paper,” said Johnson.

“The diamond, the most desirable object of desire, and a symbol of wealth, was suddenly replaced by toilet paper.”

The goal is to create an object that will represent our current crisis for future generations looking back on 2020.

“The thought that, in the future, this crisis will be looked back on in a few generations, this could be an enchanting side effect,” he said.

Among the necklaces in his collection, Johnson also has a Saint Corona necklace, a patron saint from the Catholic Church. “For a long time she was a lesser-known saint, but today it is experiencing a revival because she is considered the patron saint of epidemics,” he said. “Just as it is with many fairytales and religious myths, there are a lot of different views around Saint Corona, but I love the romantic, conspiracy-like touch to her.”

As the bad boy of the jewelry world, Johnson has collaborated with Italian actress Asia Argento for a series called the 7 Deadly Sins, which is based on her penmanship for each sin, from “Wrath” to “Envy,” and has a line of rings and necklaces with Canadian filmmaker Bruce LaBruce.

On the occasion o the 100 year anniversary of the Bauhaus design school, Johnson has also released a Bauhaus Collection, which ties into his granduncle Alfredo Bortoluzzi, who studied at the Bauhaus alongside Paul Klee, Kandinsky and Oscar Schlemmer, in the 1920s. “He was the only Italian on the Bauhaus by the way,” said Johnson.