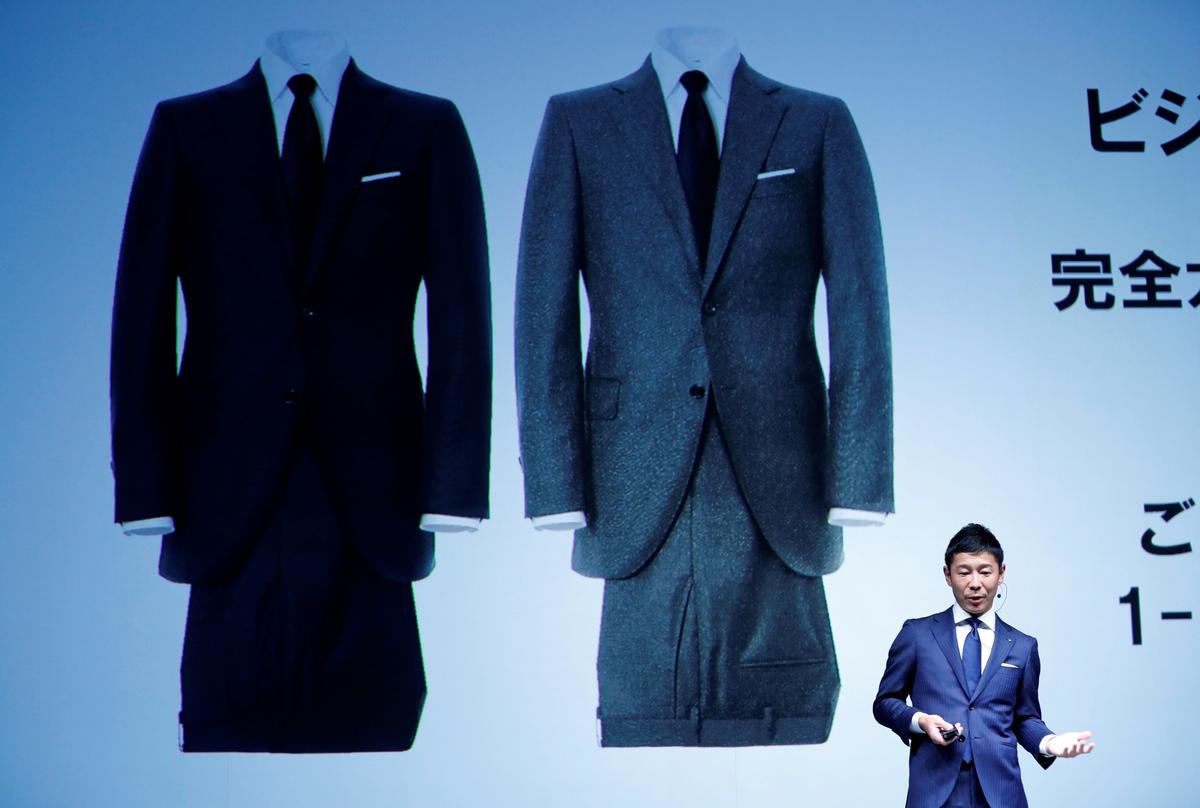 TOKYO (Reuters) – Zozotown, which swooped in as a little-known retail website and prodded once-reluctant Japanese consumers to shop online for clothes, is now facing stiff competition in the industry whose image it remade.

Arriving on the scene in 2004, the site made a killing selling clothes from shops such as Japanese boutique United Arrows and minimal French label A.P.C.

Zozotown’s success turned its founder into one of Japan’s richest entrepreneurs, and its name adorns a baseball stadium.

But its dominance is being challenged, with retailers expanding their e-commerce offerings and big names such as Amazon and SoftBank Group Corp eyeing a piece of the growing business.

At stake is a $120 billion fashion market that was almost entirely dominated by brick-and-mortar stores until a few years ago, but is transforming amid the proliferation of smartphones and home delivery.

Online fashion sales have grown to over 10 percent of the total Japanese market in the past few years – with Zozotown at the head of the pack – and are likely to surpass 20 percent in three years, according to Nomura Securities.

“There needs to be a second player, and we are putting up our hand,” said Yusuke Tanaka, founder and chief executive of fashion website Locondo Inc.

To differentiate itself, Locondo specializes in shoes and, unlike Zozotown, offers free returns – still a rarity in Japan. It also shares inventory with fashion site Magaseek.

For now, Zozotown is “totally sweeping the board,” said Yuki Ando, general manager of web business at Sanyo Shokai Ltd, the fashion company behind lines such as Mackintosh Philosophy.

The logo of Zozo, which operates Japan’s popular fashion shopping site Zozotown and is officially called Start Today Co, is pictured at an event launching the debut of its formal apparel items, in Tokyo, Japan, July 3, 2018. REUTERS/Kim Kyung-Hoon

The website set itself apart in its early days with a clean, uncluttered design and a slice of “Ura-Hara” style – the modish fashion of the backstreets that line the trend-setting Harajuku district of Tokyo.

Business took off as fashion-conscious professionals in their late twenties and early thirties started using Zozotown to buy trendy but work-appropriate threads online from labels such as United Arrows and Nano Universe.

Its target is now broader, selling over 6,800 brands including, starting next week, clothes by Shimamura Co Ltd, one of Japan’s largest mass market chains. But industry executives say it still has an enviable cachet.

Zozotown has an “overwhelming ability to attract customers,” says Takahiro Kinoshita, a manager in the digital marketing department of United Arrows.

The site features recommendations by stylists, and targets a user base that’s slightly older than that of Zozotown, the company says.

Amazon is trying to raise its fashion credentials in Japan, sponsoring catwalk shows in Tokyo. The head of Amazon Japan’s fashion unit, James Peters, says fashion is one of the company’s fastest-growing areas, but declined to provide figures.

Retailers that had historically focused on expanding their physical presence are also shifting to e-commerce. Japan’s Fast Retailing Co Ltd, which controls the Uniqlo brand, is trying to grow online sales, which are currently less than 8 percent of the company’s total. Chief executive Tadashi Yanai said he wants to see that to rise to 30 percent.

Even the brands that drove Zozotown’s early success are now competing with it.

United Arrows still makes almost 60 percent of its online sales through Zozotown. But sales on the brand’s own website are growing rapidly too – up 35 percent in the last fiscal year, which ended in March.

Foreign companies are helping Japanese retailers polish their online presence. Sweden’s Virtusize, for instance, adds code that allows users to compare the fit of items to those they already own.

“Our biggest market by far is Japan, where close to 20 percent of all online retailers use Virtusize,” said chief executive Gustaf Tunhammar, adding that Europe was the second-largest market, and that “only a handful” of retailers in the U.S. used the technology.

Japan is also one the largest markets for UK-based 3D-A-Porter, which offers three-dimensional body scanning and virtual clothing try-on, according to CEO Lara Mazzoni.

Zozotown, meanwhile, has deployed its own high-profile technology to fight a slowdown in transaction value growth. Its Zozosuit collects body measurement data that allows users to order fitted clothing online.

The company is breaking new ground in deploying such technology on a large scale, with more than 550,000 suits sent to customers. Success would transform Zozotown, founded by punk rock-loving billionaire Yusaku Maezawa, into a brand in its own right.

But managing all that data in an era where privacy concerns can roil consumers will be crucial, said Ed Gribbin, U.S.-based CEO of apparel business and product development consulting firm Alvanon.

“There is more resistance to providing data to retailers on the one hand, but the bottom line is that finding the right size and a flattering fit usually outweighs the privacy issues,” he said.