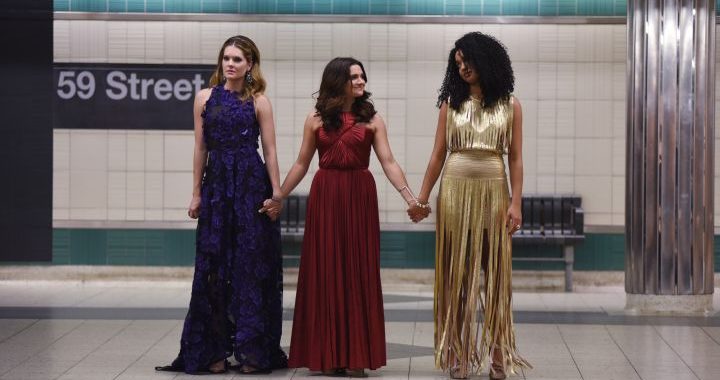 Babo Shathiso Taruvinga earned her flight wings as a commercial pilot at the age of 20, but instead of taking to the skies, she turned to her passion for fashion.

She has established her label Calanga.

The story on how Taruvinga ended up turning ordinary fabric into elegant outfits for “moms” is one that lights up her face and brings spark in her eyes.

“As a kid I used to dance. I used to do ballroom and Latin dance and I would join dance competitions,” she told The Standard Style.

“When I was 17 years old, I had to compete with the ladies that were 25 years old who had money and could afford all the pretty dresses needed for dancing when the best my parents could afford was to get me the shoes that I needed and provide me with money to go and rehearse.

“I realised all these girls looked so pretty and I couldn’t afford to buy the expensive designer dresses for me to compete, so I went into a fabric store, picked up fabrics, went home with a scissors, needle and thread and I made my own dance outfits.”
In a bubbly red and white stripped dress that she made, Taruvinga forgets her expresso (in a red mug like the waiter wanted to match it with her outfit) as she shares the crux of her business.

“My business is about making women look beautiful. I am a mother of three and sometimes it’s hard to find outfits that are simple enough to go out to work and pick up the kids in and still look cute. I am about making particularly moms and women feel good,” she said.

Having received no formal training in dress-making, she left what could have been a dream career for many to discover a talent nobody in her family ever encouraged her to pursue.

With her small frame, one would never imagine that Taruvinga could fly an airbus — not that size matters, but it just crossed my mind as I spoke to her.

Instead of potentially earning several thousands a month in salaries, flying across the world in those show-off kind of pilot uniforms, with the air of sophistication as they leave the plane, Taruvinga is comfortable with her needle.

She has, however, not completely dumped a career in flying. But being passionate about her family, Taruvinga said she would rather be with her family and pursue her clothing line, although she remains hopeful that one day the skies will call her name.

“I am hopeful, but I am not so sure … as a mother, I love being able to control my time and do stuff with my kids. I think a full-time flying job wouldn’t allow me to play my role as a mother the way that I want. I have seen kids who have grown up with absent mothers and those who grow with their mother and I know the difference,” she said.

The dress-making business has not been without its challenges as lack of top quality fabric locally and challenges in accessing foreign currency have also hit Taruvinga.

So far, her business has been limited to close friends, social media clients and referrals.

“You have someone walking to you and saying ‘hey I love your outfit, where did you get it?’ Then you tell them that you made it yourself and they tell you that they want it as well. That’s just a validation when other people who don’t even know you say that,” she said.

When asked if marriage was the reason she dumped her flying job, she said far from it.

“I disagree with that. I don’t think that applies in this modern society; maybe some may feel they are under pressure to do that, but for me, I feel it’s mostly a choice because if I wanted I could go and knock on the doors looking for a job. However, for me, it’s doing what I feel my heart desires,” she said.

Taruvinga wants to drive her business up and make Calanga a label to reckon with in the fashion industry. She dreams of dressing the top executives and even the country’s first lady with her signature outfits.

As we concluded the interview, Taruvinga — who pushes her clothing line on social media by the name calanga742 — suddenly remembered she was drinking something and offered me coffee. However, I told her that I preferred a glass of whisky.

“I am sorry they don’t serve whisky here. maybe during our next interview we will go where whisky is served, she said.