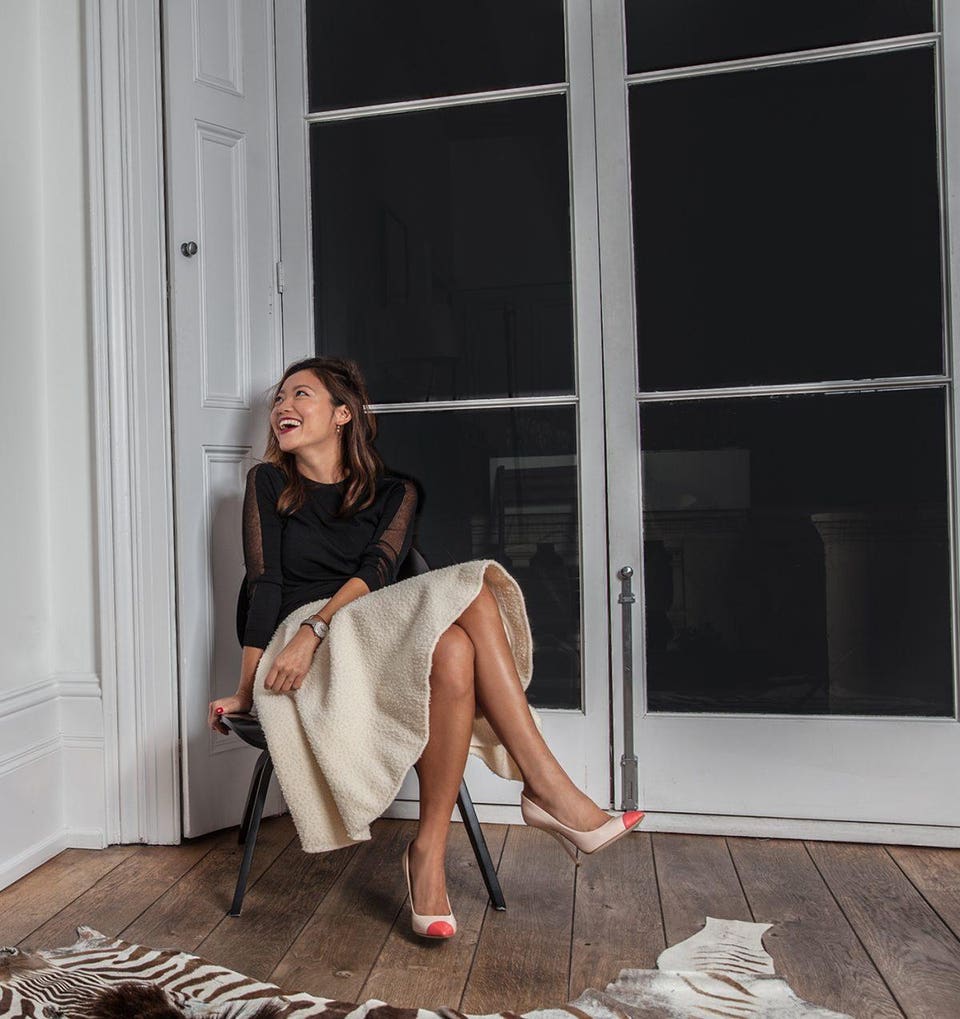 Thirty-four year-old Chinese-born entrepreneur Ada Yi Zhao combined her knowledge of finance and love of fashion to create Curated Crowd, the world’s first integrated crowdfunding and e-commerce platform for emerging designers. Ada took what she had learned working at the world’s top banks, from Lehman Brothers to Barclays, and applied it to the slightly softer world of high-end retail. Working direct-to-consumer with young designers, Ada has created an online community where the designers earn more and the consumer pays less. The only stipulation for working with Ada’s team is the quality of conviction behind your brand. Forbes Lifestyle recently caught up with Ada to discuss growing a profitable business with a 10 month-old, why the retail world is stuck in the 1960s and how she’s shaking it all up.

How did you get the idea for your business?

The idea was born three years ago while I was working in banking, and I was a passionate fashion consumer, but I was also trying to find a way to change how people shop for fashion, especially shop for emerging designers. I had two very good friends at the time, and they had left the big fashion houses they used to work for and were setting up their own label, so I was helping them as an investor. I invested personally, and I also invested my time and effort into the business. I realised that to grow a brand from its inception to a marketable, reputable brand, how much effort there is. And then the biggest problem for designers of that calibre is really getting the products out there to the market and getting people to know about their brands. And then from the consumer’s point of view I very often find that I pay such a high price for a piece of clothing that doesn’t have such good quality.

So I thought, how can I find the solution to solve the problem from both sides of the equation. And Kickstarter I remember was super popular and then I remembered reading an article in the Evening Standard that said one London jeans factory based in East London were recruiting all the employees that had been redundant because lots of fashion production jobs had moved away from the UK. So the Kickstarter campaign was to really launch a UK-based jeans brand and recruit local employees. They raised £80,000 for that project, and I thought wow this is a great concept because with the power of the crowd you can actually make things happen.

How do you find the designers?

I was very lucky that I got lots of good support from people in the industry. So when I first started Curated Crowd, purely as a project, I approached people at the British Fashion Council. For me I come from a finance background, I really don’t have that much connection to the fashion industry.

Was that ever a problem?

Initially there was some resistance, but I’ve learnt that if you believe in what you do and are persistent, people are willing to help. I spoke to individuals from the British Fashion Council and also the Fashion Trust to tell them my idea and they loved it- especially Tania Fares, she’s the founder of Fashion Trust, and she invited me to become a member to get to know the designers and also to become a part of the community. 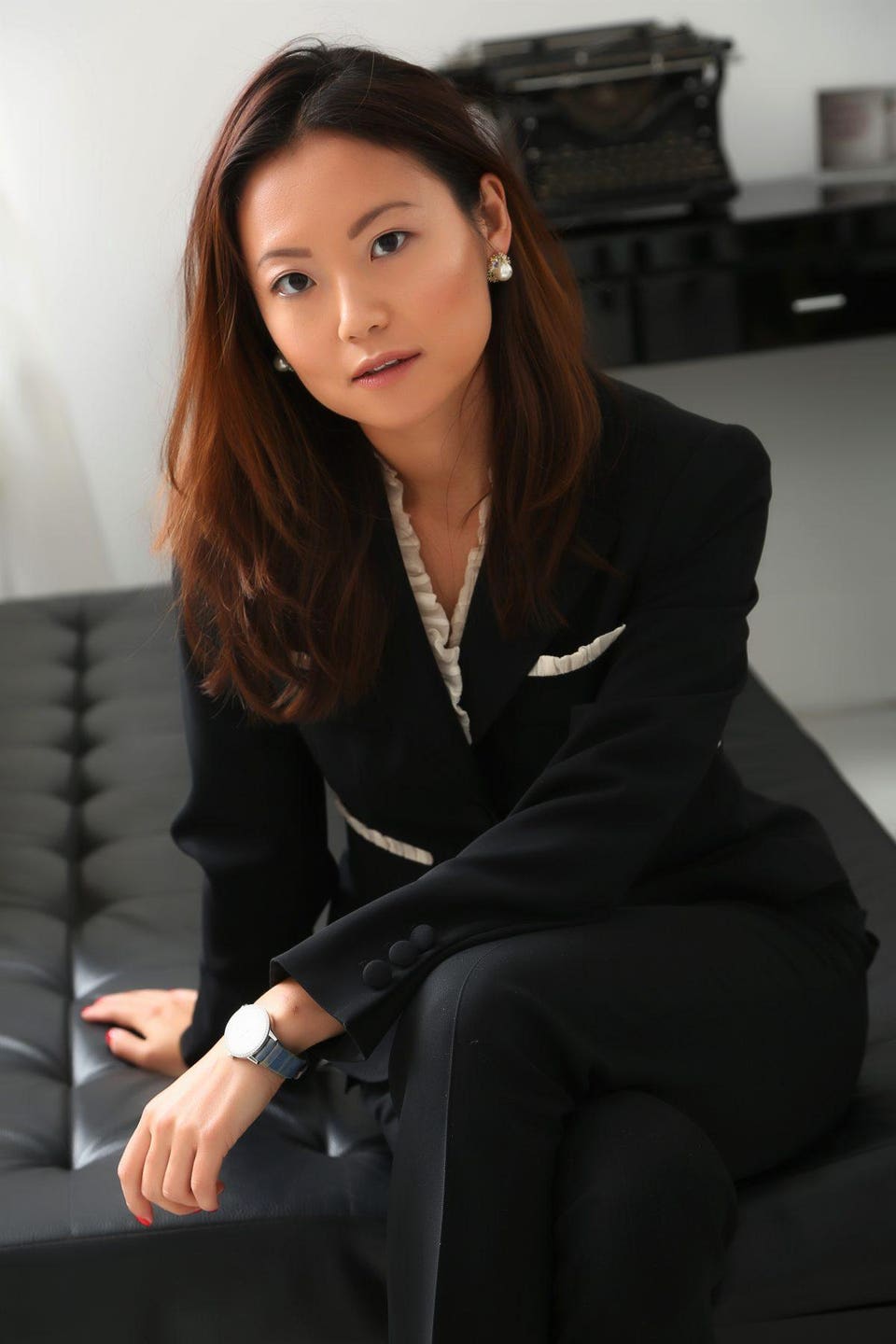 How did you go about finding designers?

I found the designers from three different sources. One is just by talking to them at their showrooms during London Fashion Week or at showrooms during the fashion weeks around the world. I travel quite a lot. The other way of finding our designers is by looking at Instagram and Facebook and the magazines- because these days there is so much new information coming up every day and we reach out to them when we see the design or the stories we like. The third is really just by word of mouth because you talk to one designer and she’ll say I have other friends who are doing this or friends from different backgrounds who say they have friends who are designers. It’s a community and people are genuinely willing to help.

Are the designers always changing or are some constant?

We have both. We have two areas on the platform. One is called the campaign area, so ones that are time limited, each campaign is around for two months. So that’s basically a limited-edition launch to grab at a discounted rate to retail. The other part of our website is called the atelier, which is just the shop front that every designer can set up and that’s not time sensitive, so as a designer they have the full flexibility to decide when they want to pull back or change the stock levels and merchandise. The main benefits to the designer are that we are not driven by seasons or stock levels, so it’s completely up to the designer what they would like to present to the audience. We often encourage them to commercialise the entire portfolio they have, it can be just a sketch. We believe art and fashion are entwined and anyone who wants to buy the sketch gets an original piece of work.

How do you communicate the stories behind each brand?

We have a content curation team at Curated Crowd, and we encourage the designers to tell us as much as possible about themselves. I always meet and talk with the designers in person. I like getting to know them on a personal level. If you look at a designer on Curated Crowd you will find that we present them as an artist, as if you go to a gallery with the curator’s note. We want to bring back the whole artist and patron model, so when you buy into something you’re buying the whole concept for the artwork.

There’s not really a typical day. I get up at 6.30am and I do my workout between 6.45-7.15am, and then I drop off my son who is 10 months old at nursery at 7.30am. Then my day starts with checking emails and calling designers. I do that for two hours and then I get off the phone and have a meeting with my team and I work until 1-1.30pm. I pick up my son Henry and he comes home for an afternoon sleep and that’s when I catch-up with my emails again and do meetings. In the afternoon when my energy levels are low I tend to do a lot of calls. In the evening I always cook dinner for Henry because I don’t want to buy anything that’s premade. So between 6pm and 8pm it’s cooking time for Henry and putting him to bed. After 8pm I try not to work but inevitably I have to spend two more hours in front of a computer. I try to go to bed before 12am, and if I’m lucky I can do that, if not it can be open ended.

How are you staying on top of what consumers want?

I think that’s where the technology angle can come in very nicely. I just came back from the advertising league conference, and so much is about AR and AI. I think some people think computers are going to take over the human brain but I disagree. I think we have to use it to our advantage, so how I look at the brand curation now is that 80% of our brands are currently from handpicked or human brains making the decision, and 20% of that is actually coming from our Instagram feed, Facebook feed. So direct to consumer, Instagrammable brands are becoming more popular and part of our product curation is focusing on that. Once we grow bigger and bigger we are going to introduce the AR and AI element to really find out what our consumers like and what are the patterns out there in the market so we pick the right products. Beyond that we want to build Curated Crowd as a brand in itself, so if there is a designer out there who has launched his or her career through Curated Crowd, I want people to say wow she/he is a Curated Crowd brand/designer. So we want to give that quality stamp.

If someone’s a small designer stocked at, say, Harvey Nichols is that a deal breaker for you?

Absolutely not. We are not discriminating against the price, and it’s not about how successful or well-known a designer is, for us it’s about the quality and the story and authenticity in the brand. Out of the 10 designers now, two of them are British Fashion Council showroom designers, and one girl she’s a graduate from Marangoni Institute. I met her at the graduate show, and I was really blown away by the level of craftsmanship and the material and her design inspiration that I said did she want to work with us?

Tell me about your future plans?

The five-year plan is to build Curated Crowd as the leading marketplace for people who want to discover not only good-quality emerging fashion but also for interior design and also soft furnishing in general. I think people now care more about the quality of living and how they dress themselves and how they are surrounding themselves with beautiful things. Also, they are craving that personal connection. So I think Curated Crowd strives to be the destination for that.

Looking beyond that with my finance hat on, obviously it’s to draw on the connection between Europe and China. The Chinese consumer is rapidly changing, I was just reading an article in Monocle, there are 368 million people who were born between 1980 and 1990. That generation is changing so rapidly; they don’t want mega brands anymore, and when they come to Europe they are looking for small niche brands that are hard to find in China. So, I think Curated Crowd can be the perfect link between the two countries, helping the Chinese consumer to find the up-and-coming young brands here and vice versa. A lot of Chinese fashion talent haven’t been able to find a good way to access the market here, so we really want to be that bridge in between.

Curated Crowd has a role to fulfil in creating the whole ecosystem. A designer no longer has to be from a rich family or know the right people to launch a brand. If you have the people to back you, who like you, you can launch collection after collection. Equally, if I like a designer, I can just buy directly from her or from him. It’s basically like how in the 1960s the great artists were founded and fuelled by their patrons.