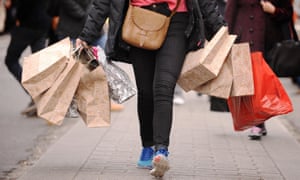 How long would you expect to keep a bikini that cost only a quid?

It’s always possible that women will treasure forever something costing less than a bus fare, I suppose. But let’s just say few of us are likely to be handing the £1 black two-piece launched by the cut-price online retailer Missguided this week down to our daughters. This is practically the dictionary definition of throwaway fashion, stuff designed to be worn a couple of times and chucked at the end of the summer. It’s pitched as a bit of fun, but when you factor in the environmental cost of making the fabric (polyester can be made from oil byproducts or recycled plastics), shipping the bikini from wherever it’s sewn together and ultimately burying it in landfill – suddenly it doesn’t seem quite so feel-good.

That’s why any government serious about reducing carbon emissions to net zero by 2050 and nudging us all into a more environmentally sustainable lifestyle should be taking fashion – one of the world’s most polluting industries – seriously. Unfortunately, this week ministers finally responded to the environmental audit committee’s report on cleaning up fast fashion by flatly rejecting it.

The cross-party committee, chaired by Labour’s Mary Creagh, had wanted a penny tax on every garment sold in order to fund recycling initiatives, plus a ban on incinerating unwanted clothes. (The dirty secret of many an expensive label is that they would rather protect the brand’s reputation by burning stuff that hasn’t sold). It also wanted action to prevent plastic microfibres – which are shed by manmade materials when they go through the washing machine – polluting rivers and seas, plus tax breaks for developing more sustainable clothes. But ministers are broadly having none of it: some kind of waste tax might be considered in a few years’ time if nothing has happened, but otherwise the government would clearly rather let the industry evolve voluntarily.

To be fair to retailers, change is starting to happen on the high street in response to pressure from the climate strike generation of consumers. There’s a long way to go still but Primark has brought out sustainable cotton jeans and pyjamas, while H&M has its Conscious range of more eco-friendly options. Ministers may also be wary of heaping fresh regulatory costs on a struggling high street, with Philip Green’s totemic Arcadia empire wobbling dangerously close to the edge in recent weeks.

But the big names are also under pressure from upstarts like Missguided, which sells clothes at prices the established chains surely can’t match if they’re going to clean up their acts. The select committee reserved its sternest criticism for online-only retailers, which seek to stand out in a crowded market with loss leaders heavily promoted on young women’s social media feeds – a dress for a fiver, a bikini for a quid.

This isn’t about families hunting out bargains to make their budgets stretch, a practical necessity that the eco-conscious middle classes too often gloss over, but about making it all too easy to buy stuff nobody really needs. And any government serious – as this one keeps saying it is – about saving the planet should do more than sit back and watch it happen.

• Gaby Hinsliff is a Guardian columnist

As the crisis escalates…

… in our natural world, we refuse to turn away from the climate catastrophe and species extinction. For The Guardian, reporting on the environment is a priority. We give reporting on climate, nature and pollution the prominence it deserves, stories which often go unreported by others in the media. At this pivotal time for our species and our planet, we are determined to inform readers about threats, consequences and solutions based on scientific facts, not political prejudice or business interests.

More people are reading and supporting The Guardian’s independent, investigative journalism than ever before. And unlike many new organisations, we have chosen an approach that allows us to keep our journalism accessible to all, regardless of where they live or what they can afford. But we need your ongoing support to keep working as we do.

The Guardian will engage with the most critical issues of our time – from the escalating climate catastrophe to widespread inequality to the influence of big tech on our lives. At a time when factual information is a necessity, we believe that each of us, around the world, deserves access to accurate reporting with integrity at its heart.

Our editorial independence means we set our own agenda and voice our own opinions. Guardian journalism is free from commercial and political bias and not influenced by billionaire owners or shareholders. This means we can give a voice to those less heard, explore where others turn away, and rigorously challenge those in power.

We need your support to keep delivering quality journalism, to maintain our openness and to protect our precious independence. Every reader contribution, big or small, is so valuable.