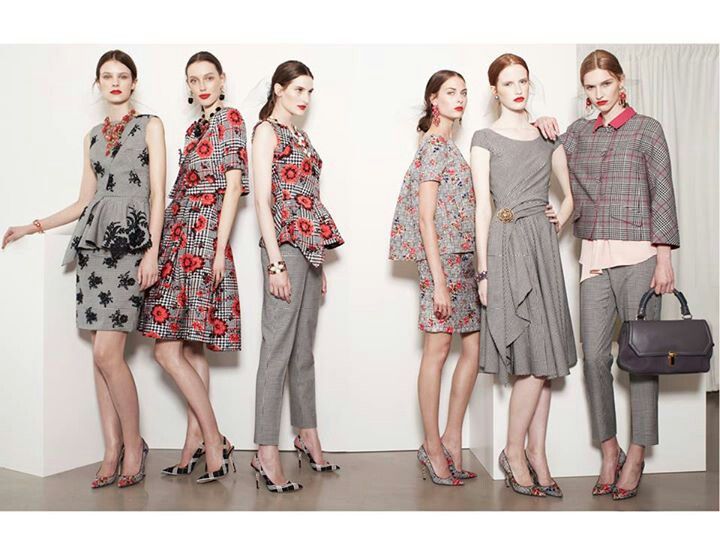 LONDON, United Kingdom — Telfar Clemens, the CFDA Vogue Fashion Fund finalist, has always thrown his after-parties at hamburger fast-food chain White Castle on 42nd St and Eighth Avenue in New York, until the branch closed earlier this year. Back in 2015, the designer was having a hard time finding sponsors for his show, so he went to White Castle and won over the support of vice president Jamie Richardson. Now, the designer has been commissioned to make the 12,000 uniforms for White Castle employees, as well as limited-edition t-shirts branded with the zip codes of the areas where many of New York City’s White Castle branches are located.

Clemens sees the tie-up as a socio-political statement. “If a Japanese tourist wants this piece of New York, they have to go to the Bronx; it’s not just exported to Soho,” he explains. “It is a vision in fashion which is not appropriation, which is what a lot of people who have followed suit have done, but it’s about a completely horizontal view of fashion,” says the designer, who grew up in Queens and frequented his local White Castle. “The uniform we did for White Castle is the same one we did for the Berlin Biennale because fine art and fast food should have a direct line to each other as the economics of the people producing and consuming ‘cool’ change.”

But Clemens is by no means the only designer elevating the ordinary emblems of mass consumerism to extraordinary heights — or at least pasting them on t-shirts. At Moschino, creative director Jeremy Scott has riffed on the identities of McDonald’s, Cheetos and Barbie for years. Last year, Alexander Wang installed outposts of 7-11 and McDonald’s at his New York Fashion Week after-parties, while this September Julien Macdonald created a crystal-studded box for McDonald’s to coincide with the launch of its “luxury” burgers.

It’s not been an ongoing trend in fashion, but it has been in art, and art and fashion are much more intermingled now.

“I think there’s something funny about something [that is] every day that you know so well, but see through a twisted fashion optic,” says Anya Hindmarch, who has famously appropriated the logos of mundane British household brands such as Kellogg’s, Swan Vestas matches, Boots and John Lewis. Hindmarch says that she always asks permission before using a company’s logos, and, in return, the brands are “thrilled at the awareness it [gives] their brand in a different and highly visible market” — the “Boots” boots were even acquired by the Boots family for their private art collection, she points out. “I like the feeling it gives,” she adds. “You respond to it differently because there is already a preconceived idea that you can play with.” 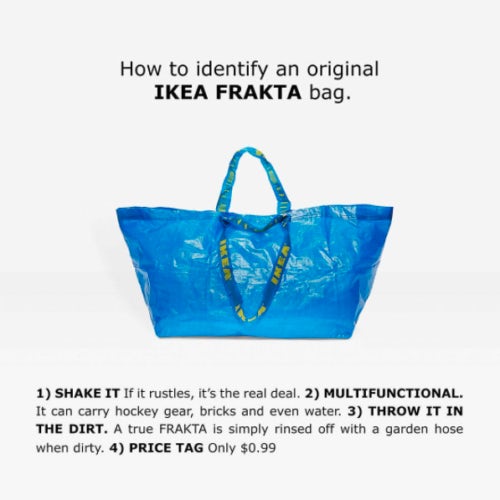 “You can track it back to the relationship between high culture and low culture, which has been much more defined over the last decade,” says Tim Blanks, BoF editor-at-large. “It’s not been an ongoing trend in fashion, but it has been in art, and art and fashion are much more intermingled now.” Blanks also cites the rise of sportswear. “Fashion brands can’t do Nike or Adidas because all those logos have an integrity. And logo-ising themselves looks a bit ‘me too.’ Designers want to have a veneer of originality and a sense of creativity. The template they can use instead is the Warholian template.”

But whereas Warhol’s “Campbell’s Soup Cans” made waves in 1962 as a commentary on post-war consumerist society, today’s fashion creatives are much more complicit.

The ultimate Exhibit A is Demna Gvasalia’s $245 DHL t-shirt for Vetements, which became a viral hit on the internet in late 2015. In exchange for just 20 t-shirts earmarked for DHL staff (the ubiquitous courier and parcel shipping company has more than 300,000 worldwide employees), Vetements was given the copyright for the logo and sent Russian designer Gosha Rubchinskiy down the catwalk in the style, igniting a frenzy of debate: Was it a comment on globalisation? A statement of how many international stockists Vetements have? Part of a sponsorship arrangement?

In 1999, Naomi Klein captured the anti-corporate feeling of the decade in “No Logo”, but equally observed a generation who are “now finding ways to express their disdain for mass culture not by opting out of it but by abandoning themselves to it entirely — but with a sly ironic twist.” There is surely some element of irony to Gvasalia’s work. But the DHL t-shirt is perhaps best understood as marketing-savvy culture hacking.

Designers want to reach a completely different audience and demographic that has little to do with luxury fashion.

It’s an approach Vetements designer Demna Gvasalia has also brought to his post at Balenciaga, where symbols of mass consumer culture, like Crocs and Ikea carrier bags, have been transformed into luxury goods with virility. While Balenciaga’s $2,150 interpretation of Ikea’s 99 cent carrier bag sold out almost immediately at MatchesFashion.com (the retailer says the order they placed was substantial), the value of the design can equally be measured in terms of media (and social media) impressions. According to Tribe Dynamics, the bag resulted in $2.3 million in earned media value from January to September this year. Thank to coverage from The Daily Mail, The Guardian and Time, it also reached a much wider audience — 116 million — than from traditional fashion media.

“Designers want to reach a completely different audience and demographic that has little to do with luxury fashion,” says Stavros Karelis, owner of Machine-A, a concept store in London’s Soho neighbourhood. “As a marketing tool, the strength of the corporate logo is that it can have multiplying effect on traditionally luxury product as people are more familiar with a brand that almost everyone at some point has bought, whether it’s affordable furniture, a courier company or a pharmaceutical giant.”

Indeed, though certainly less subversive than their predecessors, today’s virile renditions of logos and populist iconography are often calculated to resonate with a generation of logomaniacs and internet meme-lovers. Though in the case of some, it can also provide some food for thought, be that a Big Mac or something more substantial.