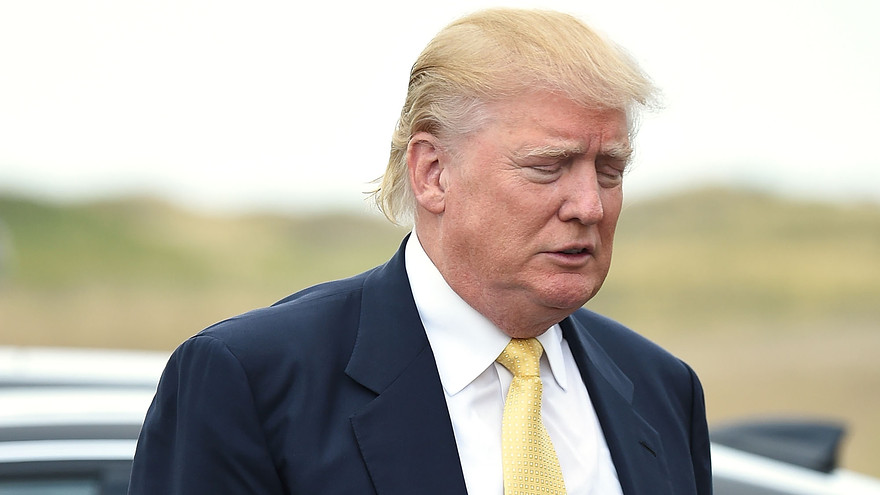 The news for billionaire, fashion icon and political prophet Donald Trump just gets worse and worse.

Not only has his ultra-chic “Donald J. Trump Collection” clothing line been dumped by Macy’s M, -2.71%  — it has now even been rejected by down-market discounters Marshalls and T.J. Maxx as well.

“At T.J. Maxx and Marshalls, we value the diversity of our customer base and workforce,” said Doreen Thompson, a spokeswoman for TJX Cos. TJX, -1.22% the parent company of the budget clothing resellers. “As a company, we embrace global diversity and inclusion as seriously as any business imperative. At this time, we have removed this merchandise from our stores and we have no current plans to purchase additional units.”

No kidding: The Trump Collection doesn’t even make the cut at Marshalls anymore.

I guess it’s true what they say, that a prophet is never recognized in his own country.

Retailers have turned on the Trump Collection after the presidential hopeful made inflammatory remarks about immigrants from Latin America, suggesting a large proportion of them are drug dealers, rapists or other criminals.

Trump has also made attacks on China, even though many Trump Collection products are made there.

Trump has been dumped by the PGA, which has announced it is moving a planned tournament from the billionaire’s Los Angeles golf course later this year.

The “little people” may turn on Trump, but everyone knows his snappy clothing line is the envy of Milan, and “The Donald” sets fashion trends like no one else. Tomorrow’s winners wear nothing else.

So where is all the Trump Collection merchandise going?

Macy’s tells me some of it is being sold off super-cheap in a few stores, but can’t give me more details. More has been sent back to the wholesalers, they say.

Chasing round online discounters has so far produced few hits — although it is thrilling to see that these “quality silk Donald Trump ties” are now available at 67% off. Looking “rich” has never been so cheap.

Where does Marshalls and TJ Maxx send the clothing that is no longer good enough for their shelves? “The merchandise will not be resold,” Thompson, the spokeswoman, said.

That surely can mean only one of two things.

Either they’re ending up in a giant bonfire of textiles, many of them petroleum-based, at a waste-disposal plant somewhere in New Jersey.

Or they’re being sent, along with “Seattle Seahawks 2015 Super Bowl Champions” T-shirts, to poor people in, er, Latin America.