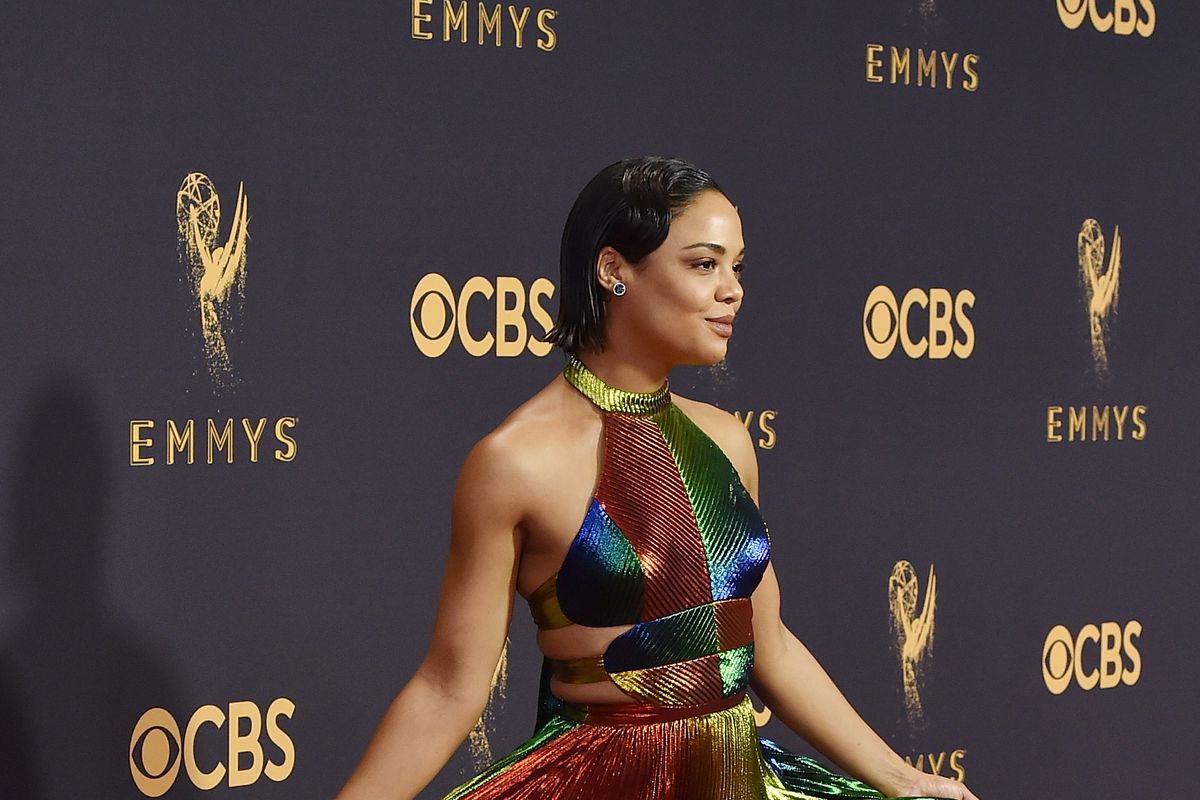 Every year, TV’s most beloved actors assemble to celebrate themselves and their colleagues. To do so, they generally wear a variety of pretty, boring gowns and dull, poorly hemmed tuxedos.

Which is certainly a reasonable choice: Actors are heavily judged by their appearances, but most of them aren’t paid to know or care much about exciting and interesting fashion. Something pretty and safe is the smart choice for most actors — but for those of us at home on the couch, it sure does make for a boring red-carpet show.

So let’s take a moment to celebrate the few brave souls who decided to take a chance and break the mold. Here’s the Emmys 2017 fashion worth talking about.

Lady suits are always tragically scarce on the red carpet, and when they do show up, they tend to lean towards the slinky side of things, as if the wearer has to assure the world that even if she’s in men’s clothes, she’s still sexy. But Waithe’s gold-embellished suit doesn’t bother with slink and goes for dapper instead. The result is sleek, shiny, and gorgeous.

This dreamy rainbow gown is a close cousin of the gorgeous oil-slick gown Constance Wu wore last year, but the rainbow pattern is slightly more vibrant and playful. Colors this saturated, with that metallic sheen, could easily make for a gown that wears the actress and not the other way around, but Thompson is in total control of her look as she twirls her way up the red carpet.

Any attempt to shake up the standard tux is always appreciated on the red carpet, but Glover’s violet ensemble is especially notable. First of all, it’s properly tailored. (He even hemmed his pants! So few bother to do so!) Second, he pays attention to the details: Note that yellow pocket square just barely peeking out of his breast pocket, in a shade that perfectly complements the suit.

Nudes are tricky to handle without looking washed out, and soft, romantic frills are tricky to work with without heading to the wrong side of princessy. And too often, it all gets overcorrected in the styling, to the point that a princess gown with black boots and too much eyeliner has become a cliché of its own. What makes Shahidi’s rendition work is the metallic blue patterning, which elevates the look without going to the trite punk cliché.

Aesthetically, this is just okay: Black and white is a safe and not particularly inspiring combination, and the lines here are a little off. But this is not a best-dressed list. It’s a list of fashion worth talking about, and Bloom’s fashion is worth talking about. Generally, designers lend actresses their gowns to wear at red-carpet events because it’s such good advertising for them — but that didn’t happen with Bloom. “It’s hard to get places to lend me dresses because I’m not a size zero,” she told the RealReal. “But I’m also at a place where I can afford it, so …” She bought her dress from Gucci.

Red carpet fashion is a consistent issue for actresses who don’t wear sample sizes, no matter how major they are. Leslie Jones couldn’t find anyone to dress her for the Ghostbusters premiere until she took to Twitter to complain, and Christian Siriano — one of the few designers who consistently makes a point of designing for plus-size women — volunteered. The persistence of this issue is a reminder that couture still has a long way to go when it comes to the bodies it considers acceptable and desirable.