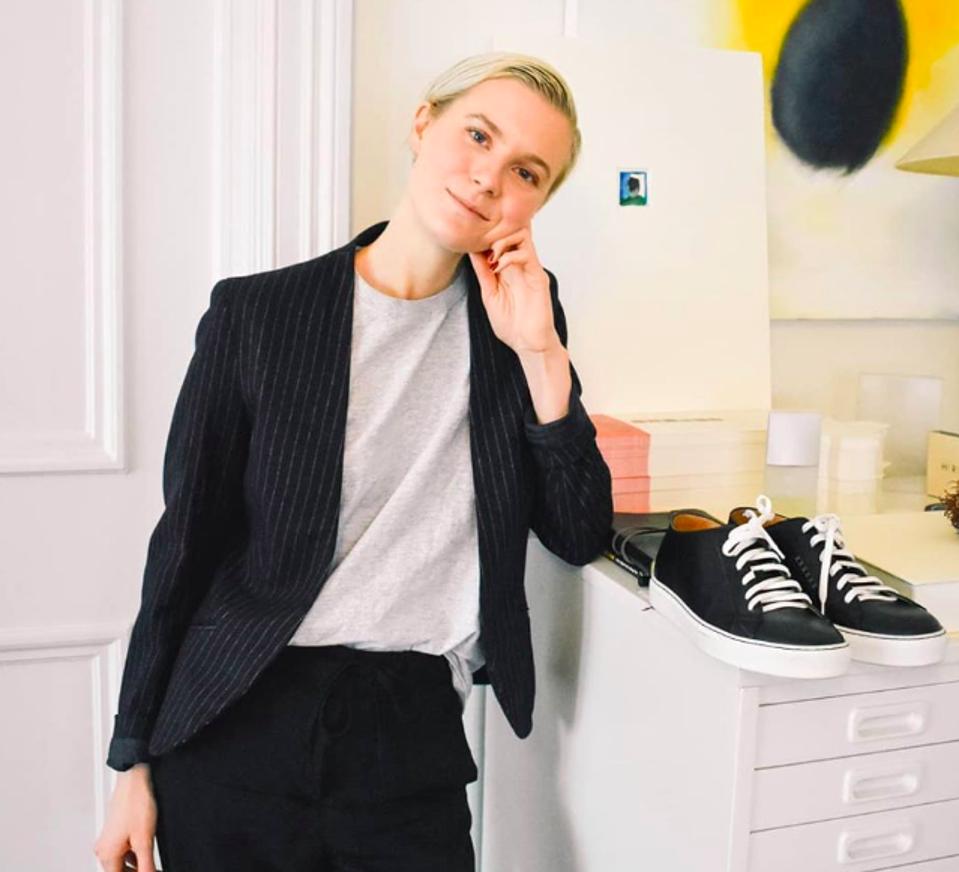 The founder of a company that’s created traceable leather footwear is hoping her invention will help improve animal welfare across the globe and change attitudes towards leather.

Josefin Liljeqvist, a 29-year-old from Sweden, had the seeds of an idea in 2015, after spending numerous years volunteering for animal welfare charity WWF.

“I noticed that the vast majority of individuals I met on the street of Stockholm, did not see animals as a crucial part of the ecosystem,” she says. “So I decided to use my background within the fashion and footwear industry to lead the change I know the world needs.”

Liljeqvist launched the eponymous company in 2017, purposefully deciding against using vegan leather as she wanted to address the “root of the problem”.

“We need to decrease the amount of animals that exist within the industrial farming [sector] and increase their quality of life.”

Liljeqvist believes happier cows release less methane, and there is some research that supports this.

Although this is yet to be universally scientifically recognized, the entrepreneur is still eager to improve the quality of the animals’ lives, regardless of methane emissions.

Liljeqvist opted to target the high end of the fashion market – reasoning that trends “always go top to bottom” – and work with the highest end tanneries, farms and shoemakers she could find.

What Is The Missing Link Between Jobs And People?

“The changes in the industry are clear,” she explains. “We are rapidly moving away from mass production and zero experience-driven platforms towards mission-driven brands who have long term commitments, not only towards their customers, but to the planet also.”

The entrepreneur says her main challenges have been to find the right partners who shared the same standards. “In the end we’re innovating and turning a traditional market upside down, and this doesn’t happen painlessly.

“But we finally found partners – from farmers to shoemakers – who believed in what we are doing and decided to stick with us.”

Each shoe’s leather can be traced back to its origin using a unique number combination. The customer can then “de-code” the footwear on the company’s website and find out exactly how and where the shoe was made.

Liljeqvist also partners with various other Swedish brands in order to work towards creating new commerce standards for animals in the country.

“We’re also part of an international work group, which is led by Textile Exchange, called Responsible Leather, and we focus on those same standards for bovine creatures worldwide.”

Liljeqvist’s company is made up of five employees, divided between Italy and Sweden, with the design studio based in her hometown of Uppsala.

The shoes do not come cheap, but that’s the whole point of Liljeqvist’s mission: to make animal leather a valuable product, thus valuing the animals themselves. A pair retails at around 2,800EUR, and pre-sales began in December 2019, with the company’s first line “Andrew”.

“2020 is our first year in the market,” Liljeqvist explains, “but our plan is to become an internationally strong and influential brand. We aspire to grow from shoes over to a full conceptual fashion house with a non-profit organization that helps animals in need, and presents a new price model for farming.”

Liljeqvist is pitting her company against fashion giants such as Burberry, Tom Ford and Chanel, although this year is the brand’s first on the market.